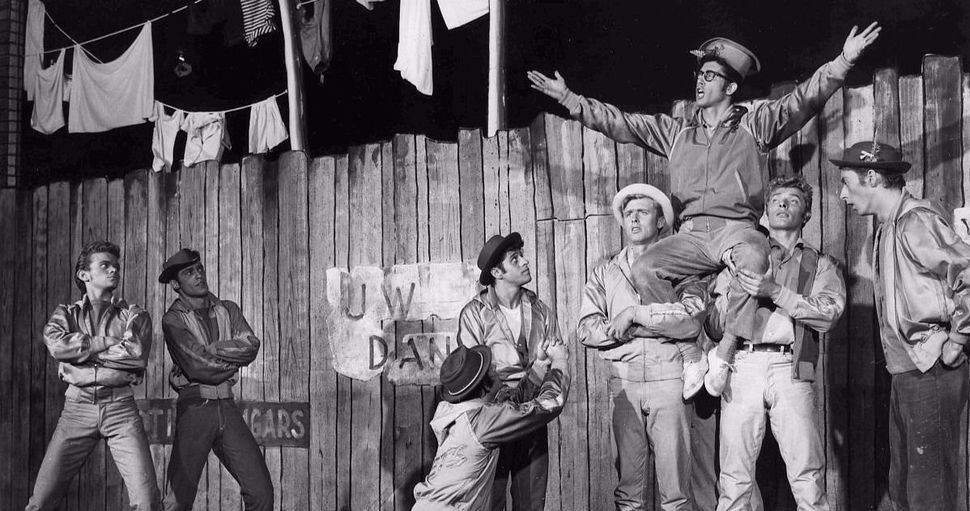 You can see Leonard Bernstein’s “West Side Story” as a Broadway musical, as a film, and now, as a stop-motion gif. Well, sort of. The New York Public Library (NYPL) just digitized over 1300 photographs of the original production of “West Side Story” in 1957. The photographs, taken by Martha Swope, Friedman Abeles, Florence Vandamm, Kenn Duncan and Avery Willard, show the cast at rehearsal, running through the streets, dancing in Central Park, and more behind the scenes action.

The release of the archive, which was completed with the support of the Google Cultural Institute (Google’s culture archiving endeavor) , is the first time many of these images have been made available to the public. Not content to just archive the images, NYPL curator Doug Reside wanted to bring them to life, so to speak. He writes, “I began to wonder whether it would be possible to join the sequential images from a single negative strip to create a very short movie. Using the “Animation Assistant” tool in Google Photos, I stitched together a few of these sequences, and I found the results to be a little breathtaking.”

The resulting gifs provide a fun insight into the production of the musical, though breathtaking may be a bit much (but hey, to each his own). The gifs also provide an interesting look into the actual work of photography. Usually we’re given a single image – a perfect shot that seems to be the product of serendipity, with a dash of skill. But, by providing us with the “before” and “after” of some of the production’s more famous images, Reside gives us, essentially, animated contact sheets – reminding us that the perfect shot is a product of trial and error, of patience and skill (and yes, serendipity too).