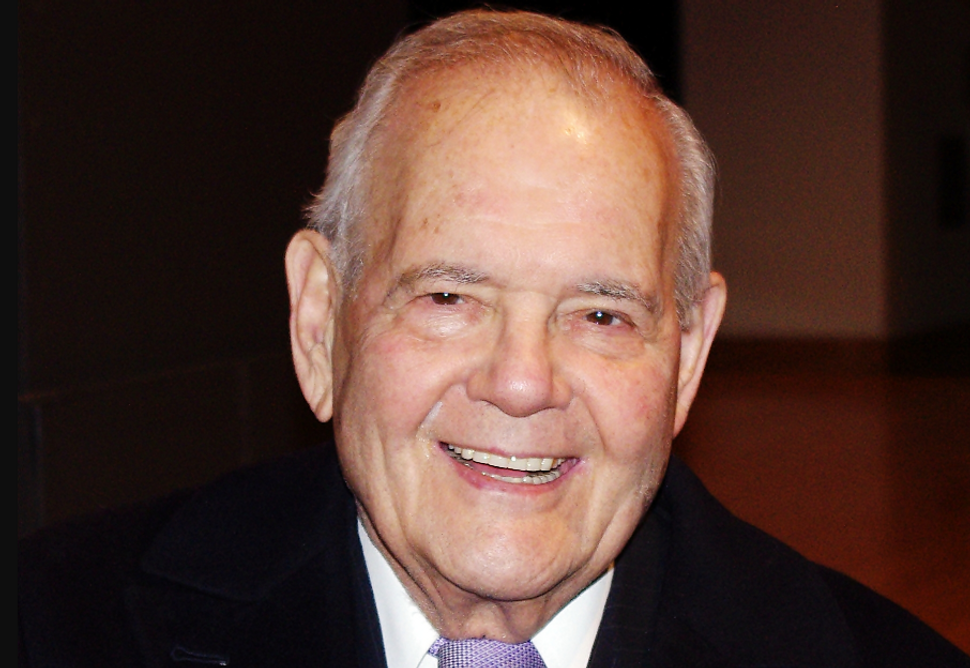 More than any other modern editor, Robert Benjamin Silvers, who died on March 20 at age 87, turned a social circle into a compelling publication. Of Russian and Romanian Jewish origin, Silvers cofounded The New York Review of Books (NYRB), which he co-directed with Barbara Epstein until her death in 2006. As Silvers told The Financial Times in 2013, his friend the sociologist Daniel Bell (born Bolotsky) claimed that the “neglected ‘c’ word was not ‘conservative’ but ‘clique.’”

When the NYRB was founded in 1963, a clique of contributors was formed by phoning friends. Silvers recalled to New York Magazine in 2013: “I called Irving Howe, Alfred Kazin and Norman Mailer. In the next two days I talked with Jonathan Miller.” Silvers added, “It was determined by friendships…” For all the swanky intellectual show of Nobel Prize-winning reviewers including Saul Bellow, Joseph Brodsky, and Steven Weinberg, the social aspect was primordial. Kate Bassett, the UK biographer of Jonathan Miller quoted Miller about meeting NYRB editors:

“You were just talking to the brightest and cleverest people with that range of cross-disciplinary interests which Americans have and which American Jews have more than anyone else. I felt Jewish without having to be Jewish there. It was smart to be Jewish. It wasn’t apologetic.”

The resulting social whirl, Bassett explains, was an essential element of writing for the publication: “In the style of Viennese society on the Ringstrasse in the 1900s, [Miller] was soon hooking up with Silvers and his circle several times a week, conversing for hours in the Russian Tea Rooms near Carnegie Hall.” Apparently a single Russian Tea Room was not enough to contain these conversations.

A taste for energetic debate was ever-present; aptly, a 2014 documentary about the NYRB codirected by Martin Scorsese for HBO was entitled “The 50 Year Argument.” In the style of cocktail party slugging matches, natural polemicists such as Lincoln Kirstein, Charles Rosen, Robert Craft, Hannah Arendt, Susan Sontag and others were welcomed. Some reviewers with an axe to grind, such as the ferocious anti-Freudian Frederick Crews, were given lavish space to detail grudges. Authors about to receive slatings were sometimes personally invited to reply in the letters column, with the hostile reviewer getting the final word. Such feuds could extend for several issues.

While Silvers successfully exported the feisty NYRB model to the UK, Italy and other locations, it was not every reader’s cup of tea. Some found certain articles long-winded, with light and air provided, amidst claustrophobic infighting, by deft caricatures by [the much-missed artist David Levine (1926 –2009).](1926 –2009 “the much-missed artist David Levine (1926 –2009).”) Sometimes accused of excessive Anglophilia, possibly because of his faint British accent despite being born in Mineola, Silvers noted that since the philosopher Isaiah Berlin was a friend and contributor, why not benefit from his availability? In a public conversation at the University of California, Silvers observed: “It’s true that many [NYRB] writers happen to be English. And some of them are Egyptian Jews, and some of them are from other places. And it couldn’t matter less to me. I have no sense of nationalism in book reviewing… If you could get someone like V.S. Pritchett to write for you, you’re lucky, in my view, whether he’s English, Scotch, Irish or Lithuanian.”

Possibly Silvers’ most lasting legacy will prove to be New York Review Books, an offshoot of the publication with a stellar NYRB Classics series, making available new translations and reprints of literary works. Although he had not publicly named a successor, Silvers was clearly fond of Daniel Mendelsohn, a constant presence in the pages of NYRB. Mendelsohn told The New York Times in 2012 that Silvers’ appetite to learn about new things included Xbox video games: “‘So you go from level to level, shooting aliens?’ Mr. Silvers once asked [Mendelsohn] in wonderment.”

More than just wondering at gaming consoles, Silvers took a strong moral stance about events of his time, starting back in 1960 when he translated a French-language text by seven Algerian intellectuals, describing tortures they had suffered at the hands of the Paris police in 1958. Silvers was a devoted reader of the moral philosopher Peter Singer, born in Australia of Austrian Jewish origin, whose grandparents were murdered by the Nazis. Among other political experiences, as Silvers told “New York,” he visited Prime Minister Golda Meir in Israel with Isaiah Berlin in 1969. When asked about his impressions, Silvers told Golda: “I come from a Zionist family, and I’ve seen, as I expected, remarkable accomplishments in Israel—in agriculture, in education, in technology, in helping people to start new lives. But I do keep asking myself about what happened to the Palestinians who lived here and the Palestinians who are now living under military occupation. And it’s very hard for me to reconcile the two.’”

Following the editorial example of Philip Rahv (1908-1973), editor of “The Partisan Review,” Silvers united ambitious essay writing with an atmosphere akin to a British private club. Some felt excluded, like the historian Russell Jacoby, who griped in “The Chronicle of Higher Education” that after he had published a book in 1987 containing criticism of the NYRB, the publication ceased reviewing his work. Jacoby continued: “Many NYRB Not by coincidence, two of the most revealing books edited by Silvers have writers describing friendships. Whoever takes over the reins of the NYRB will have a busy social calendar for the next few decades.