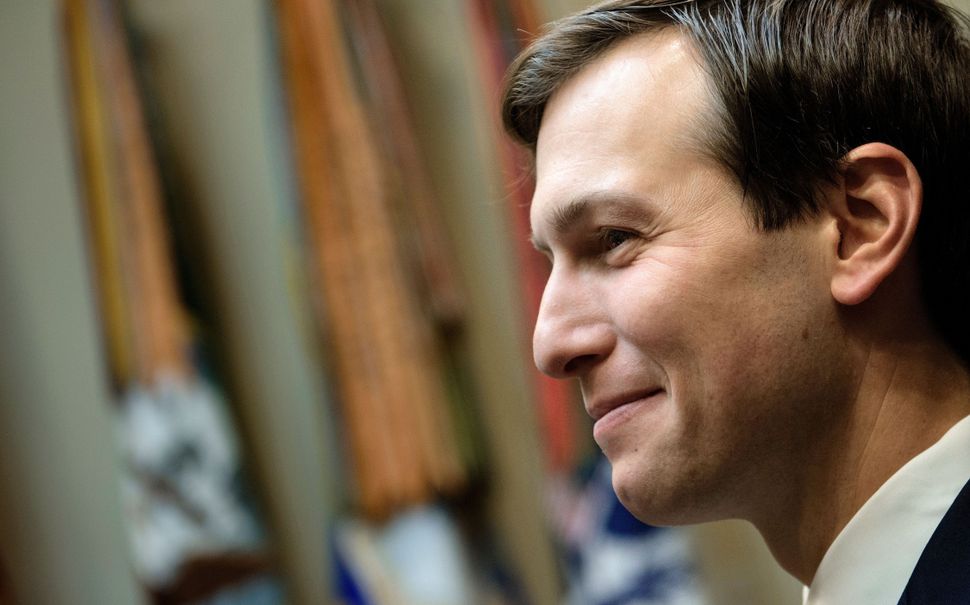 Not one to be outdone by Jared Kushner’s father-in-law when it comes to gaudiness, tastelessness, or phallic obsession, the Kushner family recently unveiled plans for a humongous skyscraper at 666 Fifth Avenue in New York City. It is important to note that Jared, though he played a role in the building’s conception, sold his stake in the building to a trust owned by family members, though, according to a Wall Street Journal report, “some ethics experts have said these measures have fallen short” in regards to insulating Jared Kushner and the White House from potential conflicts of interest. Anyway, onto the skyscraper itself:

Where to begin with this one? Surely the Kushners can’t be so blind as to not realize the massive, throbbing, gift they just gave to comedians everywhere. If this is some kind of expensive joke, well, then, bravo – masterfully done. If not, then, in a word, wow.

First there is the address, 666 Fifth Avenue. 666 as we all know, is “the number of the beast” – a pop-culture symbol for the devil. At the very least, it’s likely to attract a certain kind of buyer. One might have assumed that Trump Tower already occupied this address but, as long as it stays in the family…

Then, of course, there is the design. Some twitter users have suggested that it resembles a plunger, or the Tower of Sauron, but, come on, we all know what this looks like – a giant glass penis. If Trump’s tiny hands and fragile machismo lead to overcompensation in the form of brash bullying behavior, then Jared’s, I don’t know, inferiority complex? leads to the pinnacle of overcompensatory architecture – because there must be some underlying complex behind this building, the Kushners’ architect (the late Zaha Hadid, the first woman ever to win the prestigious Pritzker Prize, famed for such buildings as the Vienna University Library, the Glasgow Riverside Museum, and so many others) just cannot be this obtuse. If the building is completed as depicted, it will join the ranks of such hideous New York buildings as Penn Station, Port Authority Bus Terminal, and, of course, Trump Tower.

But hey, at least the Kushner family is staying somewhat true to its Jewish roots – the building is circumcised, after all.