I Will Never Match My Mother’s Good Deeds 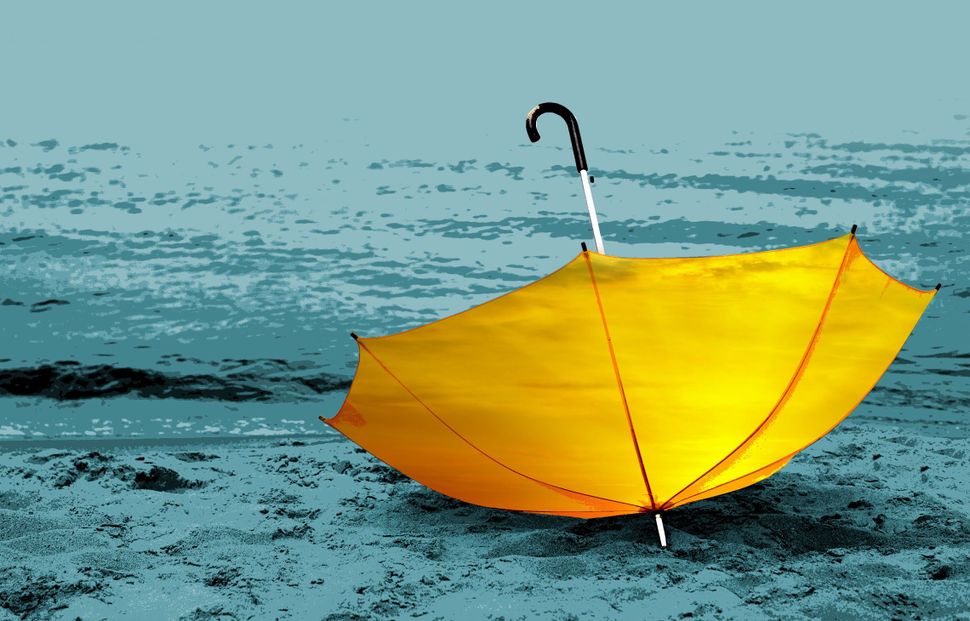 A bright light lit up my room when my mother died. Or rather, when I was informed, from across the ocean, that my mother had died. It was an unwelcome illumination, the prosaic light of a cell phone, silent but insidious, like the message it was trying to convey. I don’t recall my father’s words when I answered the phone — not because it was 3 a.m. in Israel, but because whatever words they were, my father was delivering them at the wrong time. My mother was only 77, and healthy. Even 10 years from now, such a phone call would have been premature.

On the airplane to America, I sat next to a man named Israel whose family had hailed from India, then left India for Iraq, Iraq for Syria, Syria for Lebanon, Lebanon for New York. Israel had come to Israel to visit his father’s grave on the Mount of Olives. I marveled at all this movement. With her fear of flying, my mother was not a traveler; but, working with international families at the university, she brought the world into her life, and often into our home.

At her funeral, I fooled myself into feeling her presence in the face of every mourner. “Erna glowed with goodness,” someone offered, squeezing my hand. At home, I fooled myself into feeling my mother’s presence in every inch of the house, half-expecting her to appear in the kitchen with a bowl of freshly washed (and then washed again) blueberries.

When the pain of my mother’s presence became too great, I knew it was time to confront the even greater pain of her absence, but then my father walked into the room and told me to look out the window.

I looked out the window, and there was 6-year-old Jacob across the street, pirouetting in his pink dress and shiny shoes. Every day after school, Jacob would ring my parents’ doorbell and ask to pick out one of the umbrellas they kept by the door. He would sit on the grass, pop open the umbrella, and admire it before closing it again and skipping home.

“What is it you like about umbrellas?” my mother asked him one day.

Death has no shape or color. But the stories one chooses to tell after the loss of a loved one do, and my father had chosen to tell this story.

“Mom loved you enormously. And the kids.”

A year ago I moved to Israel with my three children. I continued to speak to my mother every day, fooling myself into believing that by living in a place I called home, I was not leaving my aging parents behind. To impress upon my mother how meaningful my time in Tel Aviv was, I spared no detail. My mother listened politely as I described the contents of my three most recent meals involving eggplant, and my friendship with a delightful ex-convict from New York. “Tell me about the kids,” my mother said sternly. “You have to feed them, too, not only yourself.”

My mother died on the eve of Rosh Hashanah. The rabbi spoke beautifully of the timing of her passing and its significance, but when I tried to reconstruct his words, my mind went blank, perhaps in honor of my mother, who never liked being the center of attention, or perhaps because memories were all that I had now that my mother was gone, and I would need to choose carefully which ones to keep.

But back in Israel, my mind remained blank, because I was not ready to think about my mother as a memory. So I met with friends and listened to stories of their losses: a mother who perished in a fire on a kibbutz, a nonsmoker husband who succumbed to lung cancer.

Afterward I scheduled an appointment with my therapist. I let it all out, showing pictures of my beautiful mother while talking nonstop about Rafi, the man I had been dating for nearly a year, and whom I was no nearer to figuring out as on the evening when I first met him. Rafi felt deeply about the world but had never been in love; he used his hands to punctuate a conversation more than to keep a woman close. For almost a year I believed I could find a point of connection, that the next time we met, Rafi would make some gesture to bridge the distance between us and deliver us to a better place. And then my mother died, and the last thing my father said to me before I returned to Israel was, “Who is this Rafi, and is he capable of love?”

We don’t choose how to grieve. Grief tosses us around like a dog with a chew toy. But when it loosens its grip, we are not so quick to let go, and we latch on to other things as if our lives depended on them: A young boy opening an umbrella. A question posed by a parent who has just lost his soulmate of 50 years and wants the love they shared to live on in his daughter. I emerged from my mother’s funeral aching, but with a resolve to find new ways to engage with the world. I volunteered with a group of Sudanese refugees. I signed up for a course in Yiddish. Then I took to my bed and cried.

Our mothers are so much better than we are, and I know I will never match the good deeds of mine. But with a little effort, perhaps some of the goodness she gave to the people in her life will manifest in me, and I will learn how to pass it on to others. So that like her, I too, will glow.

Dalia Rosenfeld is the author of the forthcoming story collection “The Worlds We Think We Know.”

I Will Never Match My Mother’s Good Deeds