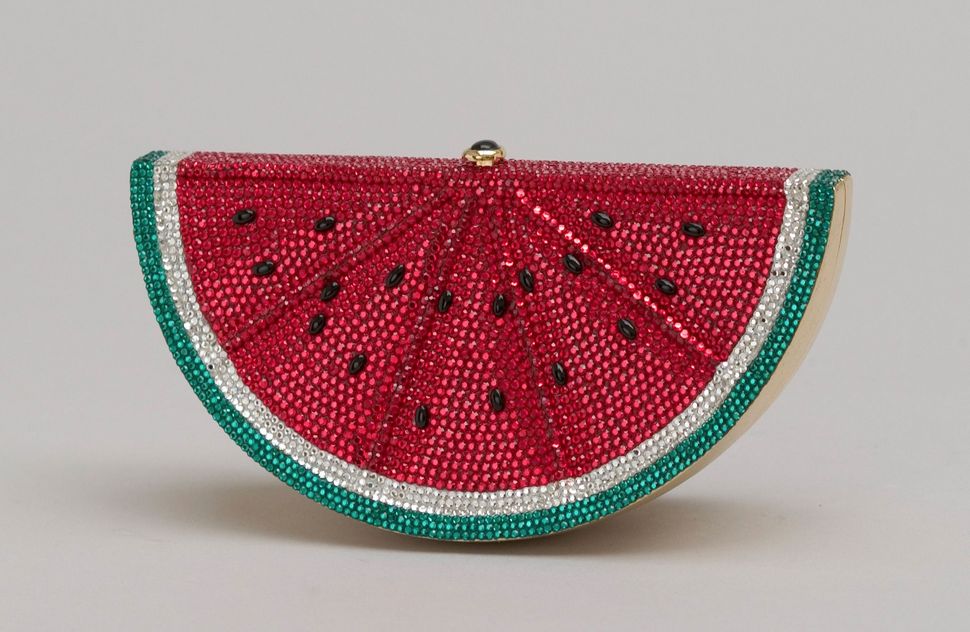 Image by Museum of Art and Design

Curated by Samantha De Tillio, the show explores the life and craft of the legendary designer, tracing her rise, from patternmaker and Holocaust survivor, to internationally esteemed entrepreneur-artist whose pocketbooks have graced the hands of models, celebrities and a host of first ladies throughout the 20th century. “In 1953 she was catapulted into the public eye when Mamie Eisenhower was seen with one of her handbags,” De Tillio said. 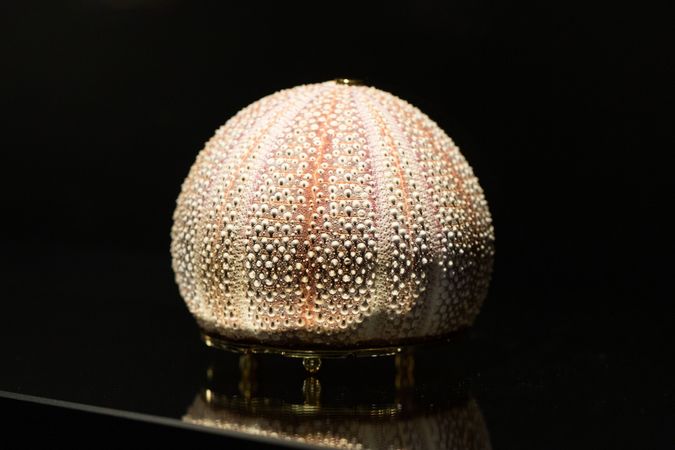 Leiber’s correspondence with notables from the political, social and entertainment spheres are also showcased, along with photographs and other ephemera (largely culled from private collections) that celebrate and testify to the endurance of the 96-year-old Leiber, who has created more than 3,600 handbag designs with a sprinkling of pill boxes, belts and jewelry thrown in for good measure.

Depending on Leiber’s mood and interests, her handbags have been influenced by art deco, Asian esthetics and such painters as Mondrian and Braque, and by the abstract expressionistic paintings of her husband, Gerson Leiber.

“My handbags straddle art and fashion, and the art is more important,” Leiber wrote in an email. “Imagination is the defining element.”

“She was a pioneer by taking art and transforming it into a wearable item,” said Ellen Lynch, founder of Fashion Institute Of Technology’s accessories department. “They were miniature sculptures that women carried and were noticed for carrying them. They were like small jewels that could be kept in the family and then be passed down from generation to generation. They were so sophisticated and elegant, they could be worn forever.” 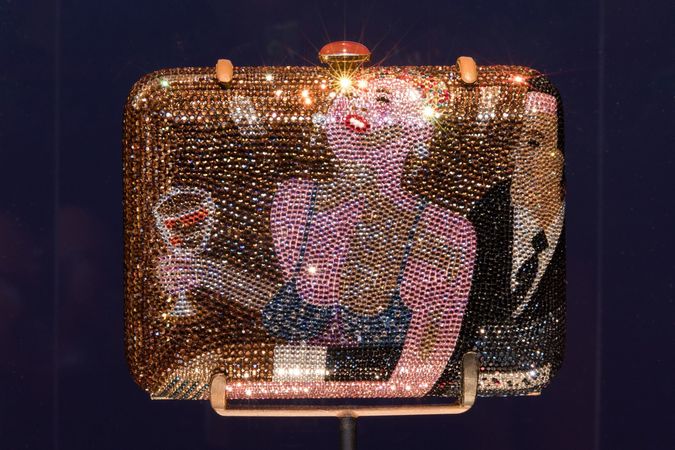 Part of what made her so remarkable was her longevity and how she operated outside the dictates of fashion trends, added Clare Sauro, director and chief curator of the Robert and Penny Fox Historic Costume Collection (which includes five Leiber handbags) at Drexel University in Philadelphia. “But then, she wasn’t your typical Seventh Avenue garmento who learned the ways of the industry and then launched a business,” she said. “She came from outside and, like many tradespeople who poured into the country after World War II, she was a craftsperson. She had a ‘trade.’ That gave her autonomy and independence. She was also the first to have a handbag-only design firm with name recognition.”

Born in Budapest, the daughter of a commodities broker who spoke five languages, Leiber (nee Peto) had set her sights on a career in cosmetics. In 1938 she was taking chemistry classes in London to prepare for Kings College. When she returned to Hungary just before the beginning of the war, she decided to stay with her family as conditions worsened, especially for Jews.

The family was ultimately slated to be shipped to a concentration camp, but thanks to personal connections they found a safe haven in a Swiss-owned apartment building. Leiber served as an apprentice at a Hungarian handbag company where she learned to cut and mold leather, make patterns and stitch bags. She was the first woman to earn the title of master craftswoman and the first to join the Hungarian Handbag Guild, in Budapest.

That all came to an end in 1944, when the Jews were rounded up and dispatched to a Hungarian Nazi ghetto, where they stayed until the Soviet Army liberated them. Two years later she met and married Leiber, an American sergeant serving in Eastern Europe. The newlyweds moved to New York City in 1947. 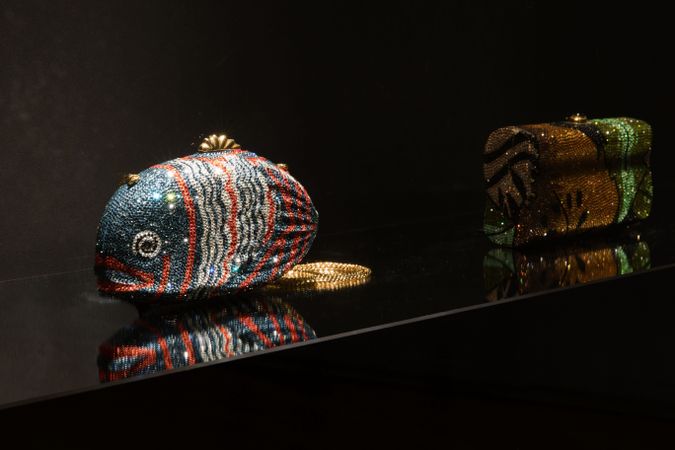 Being Jewish was not a central theme in Leiber’s life, at least not early on. “We only went to the synagogue during the High Holy Days,” she said. “I was bat mitzvahed with 200 other girls, all at the same time. Our sense of being Jews intensified during the war, because we were confined to a Jewish ghetto. But being Jewish did not inform my artistry.”

The family’s central religion was culture, specifically music and art. “Prior to the war, my family and I went museum hopping in France and Italy, where I got an art education,” she said. “My career was not a departure from my family traditions. I had been encouraged to do something that was new. And after the war, they were especially encouraging of my pursuit of a career as a creator of handbags. My maternal grandmother, Anna Spitzer, was one of the most successful hat manufacturers in Vienna. She had a seven-story factory and showroom.” 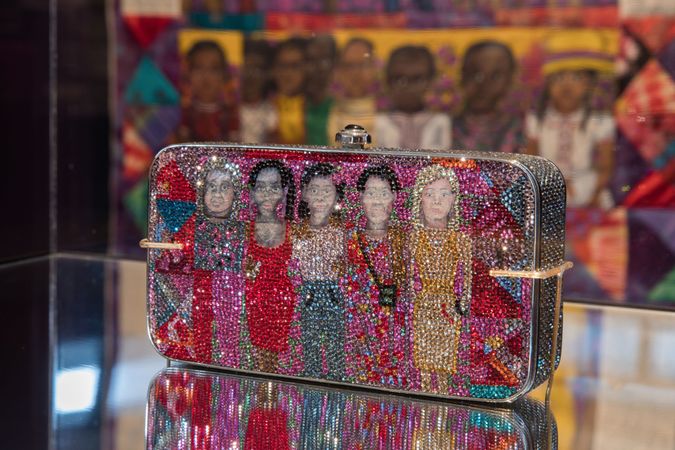 “Judith could be best described as a formidable woman, very strong willed and determined,” Lynch said “Her sales staff dressed in black at her request because, as she said, the person carrying her bag is just a ‘hanger.’ It is the bag that must stand out.”

“She was known as a perfectionist,” De Tillio said. “She had a certain number of rhinestones set aside for each object, and if at the end there were some rhinestones left over, the whole project would have to be redone from scratch to make sure that every rhinestone was used.” 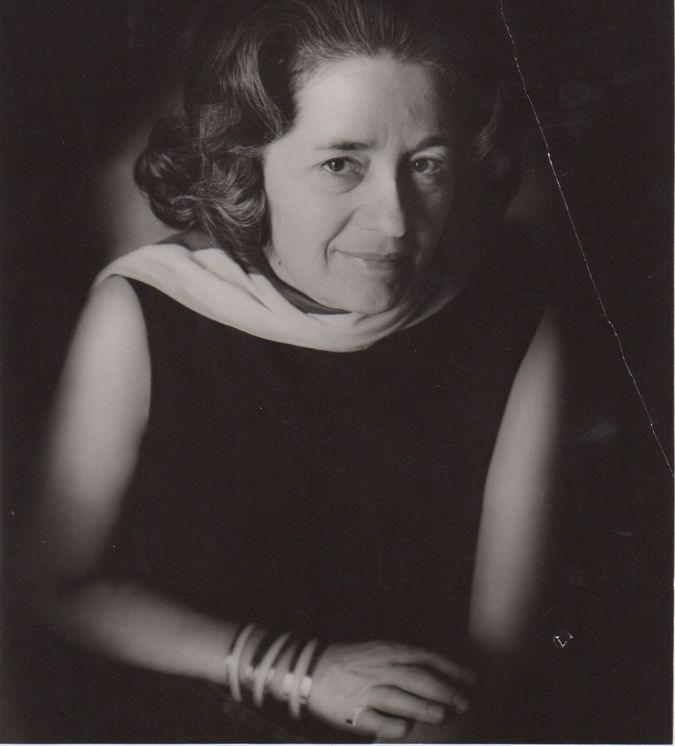 Judith Leiber Image by Museum of Arts and Design

Leiber launched her own studio in 1963, running it until 1993, when she sold its name, though she continued designing until 2004. Today her work is housed in The Smithsonian, The Metropolitan Museum Of Art, the Victoria And Albert Museum, in London, and the Leiber Collection, an East Hampton gallery established by Leiber and her husband. 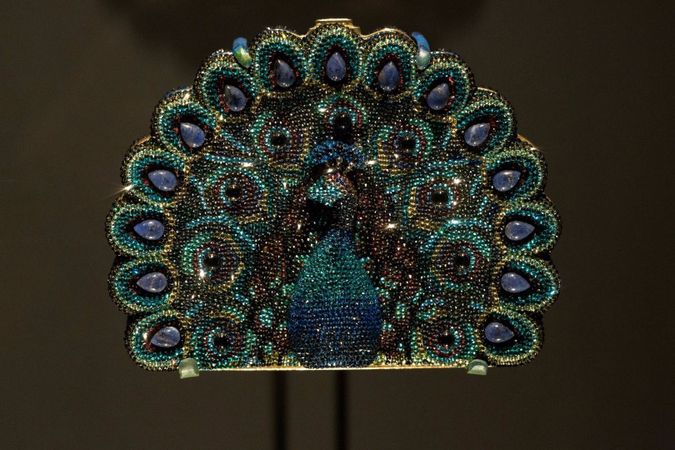 Leiber was anomalous on many fronts, not least melding her very traditional European training with an American spirit of innovation, not to mention her own extraordinary inventiveness. It’s not that evening bags didn’t exist. When she came of artistic age in the ’50s and ’60s the classic after-five bag was thriving and the use of exotic and textural leathers was not uncommon either. But Leiber made it her own, taking a quilted fabric, for example, and incorporating or superimposing onto it embroidery, beads, tassels, crystals or combinations thereof, thereby forging something altogether new.

Lynch said that Leiber branded herself long before that concept was part of marketing language: “Nobody else would take seashells and fashion them into a handbag. She looked at objects and saw handbags. Though Judith wanted her bags to complement an outfit, they stood on their own. Women wanted her bags, her brand.”

The Leiber show is part of a larger exhibit, dubbed “The Art And Craft Of Getting Dressed,” but her work is especially timely now, De Tillio says, pointing to the current interest in groundbreaking midcentury women. — for example, the TV show “Feud” (about Bette Davis and Joan Crawford) or the Broadway musical “War Paint” (Helena Rubinstein and Elizabeth Arden). “There’s something in the air,” De Tillio said.

“I wanted to show enough of her work that demonstrated her breadth, but not too much work so that it became a collection of a lot of little things,” De Tillio continued. “I had to strike a balance. The objects are small in size, yet there is great variety and I wanted that variety to be evident. I wanted to design an exhibit that was the antithesis of an exhibit, meaning the objects would be the focal point, as opposed to the way they were set up.”

To that end, the work is displayed in a series of floating glass-enclosed cases that contrast with Leiber’s colorful, beaded and multitextural luxury bags. The bags are arranged for their formal qualities, but not in any chronological order.

One case features her art deco inspired pocketbooks, with one bag boasting a handle in the shape of a sleek greyhound while another has a geometric clasp that references Egyptian archaeological finds of the ’20s and ’30s. Other bags allude to the worlds of theater and Hollywood, including a Venetian mask and various evening bags with backdrops made of black rhinestones, adorned by glittery stars and streaks. 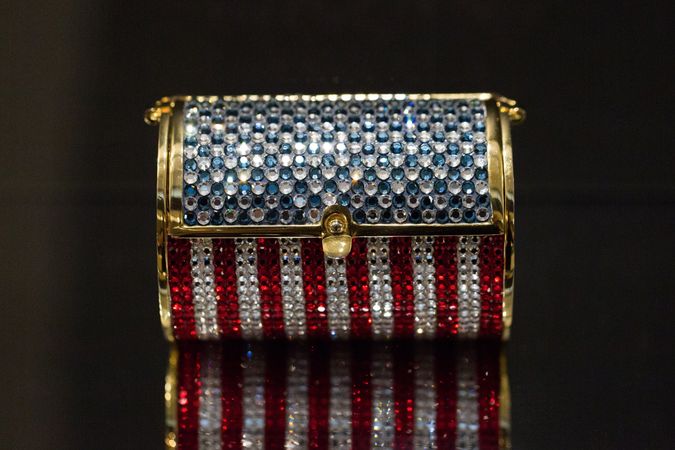 “She designed bags for Claudette Colbert and Sharon Stone,” De Tillio said. “Judith was a very good friend of Beverly Sills, and she’d frequently go to her performances at the Met. Instead of bringing her flowers following a performance, Judith would give her a handbag.”

The beauty of the work notwithstanding, one can’t help wonder about the spirit in which some of these handbags were created. It’s hard not to interpret a jewel-studded tomato, watermelon or snake through a 21st-century lens.

“Leiber was almost thumbing her nose at what was proper and feminine,” Sauro said. “The women who bought her handbags would be wearing the staid and expected dresses to formal affairs. They were performing ‘fashionable’ while clutching a stalk of asparagus or a tomato.”

Sauro acknowledges the artistry of Leiber’s work, but believes it’s very much of its time and place. Today, when women want to be handbag-free they don’t tote around out-of-sight, expensive, tiny purses that need to be endlessly guarded and can contain nothing more than a lipstick and a comb. “Where do you put your iPhone or your money?” she asked. “Leiber’s bags spoke to women in an era where someone else took care of the money.” It’s ironic that the bags suggested wealth and status on the one hand and dependence on the other.

By contrast, Lynch views Leiber’s work as simultaneously timeless and cross-generational in its appeal: “She’s in a class by herself, a true icon in the accessories’ industry.”

Leiber is no longer designing, but she’s not sitting around either. In recent years she and her husband have been busy organizing her collection at their Long Island museum and are often seen on the premises greeting friends, gallery hoppers and other well-wishers. Leiber also enjoys reading and attending the opera.

Asked to speculate on how fashion — and by extension, handbags — have evolved since her groundbreaking appearance on the scene, she said: “I was a trend setter. Fashion today is less traditional, less exciting, and with fewer visionaries. There are very few classical bags, such as clutches and envelopes, being produced these days. There are a lot of oversized bags. I have no idea what future handbags will look like. I hope there is a return to tradition, but who knows.”

Simi Horwitz is a 2016 Deadline Club finalist for a series of Forward articles about Orthodox Jewish women.