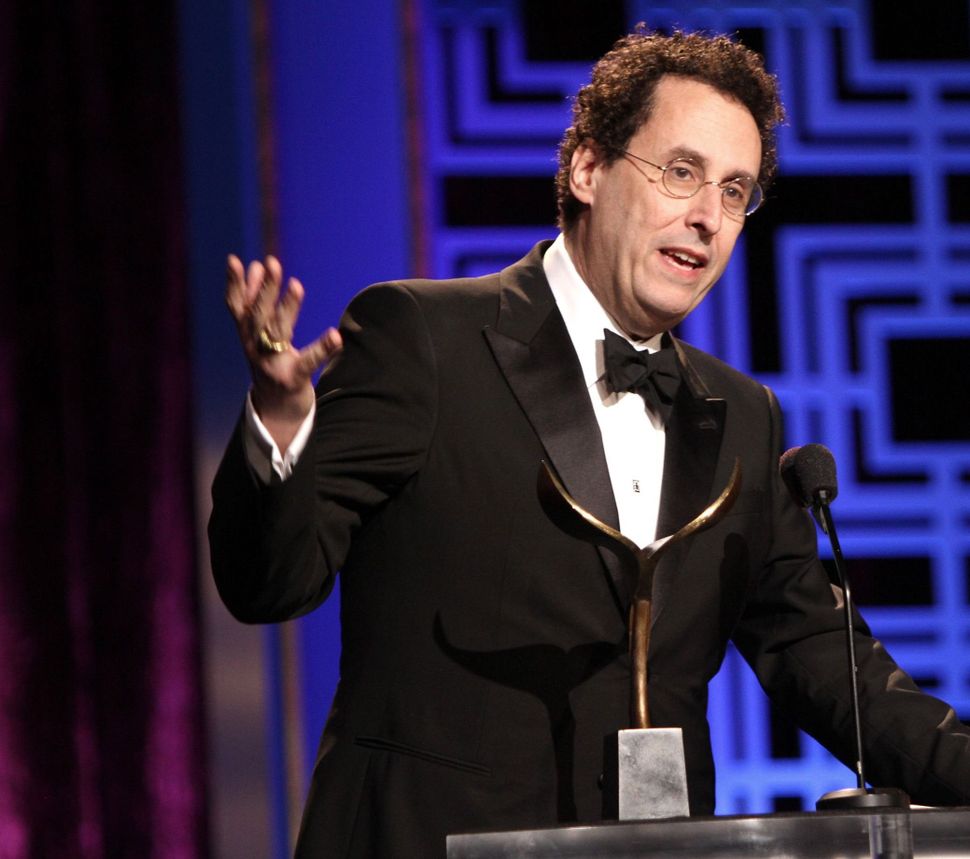 Tony Kushner, the Pulitzer Prize-winning playwright of the two-part play “Angels in America,” has never been an advocate of absolute pessimism. Written in the height of the AIDS crisis, “Angels in America” confronted the disease’s physical and social ravages — and the heartless, cruel unresponsiveness of the American government — with a transcendent grace, if not exactly hope.

Well, maybe hope. Speaking to The Guardian’s Kate Kellaway about a new production of “Angels in America” at London’s National Theatre, Kushner articulated some of the ethos behind the unexpectedly uplifting end of “Perestroika,” the play’s second installment.

“I see hope — if you have the option to look for plausible hope — as a moral obligation,” he said.

Theatrically, he sees great reason to celebrate; sitting in on a week of rehearsals for the National Theatre production, directed by Marianne Elliot, he said he was “mainly delighted.”

Politically, it’s a big more complicated. While the AIDS crisis has passed in the United States and United Kingdom, the play is opening, for both countries, at another urgent political moment.

Kushner’s opinion on the state of things? It’s not exactly positive: “There is no possibility of living anywhere other than on a knife’s edge of terror when Donald Trump is president,” he said. “Everyone sentient has to be wildly alarmed.”

Yet still, hope reigns supreme, which may have something to do with a certain Jewish resilience — he did say, after all, “much of my politics are the direct result of being a diasporan modernist Jew.”

And so, for him, all is not lost. It never has been.

“The planet is in danger but despair is not called for –- all it does is waste time and there’s a lot to be done,” he said.