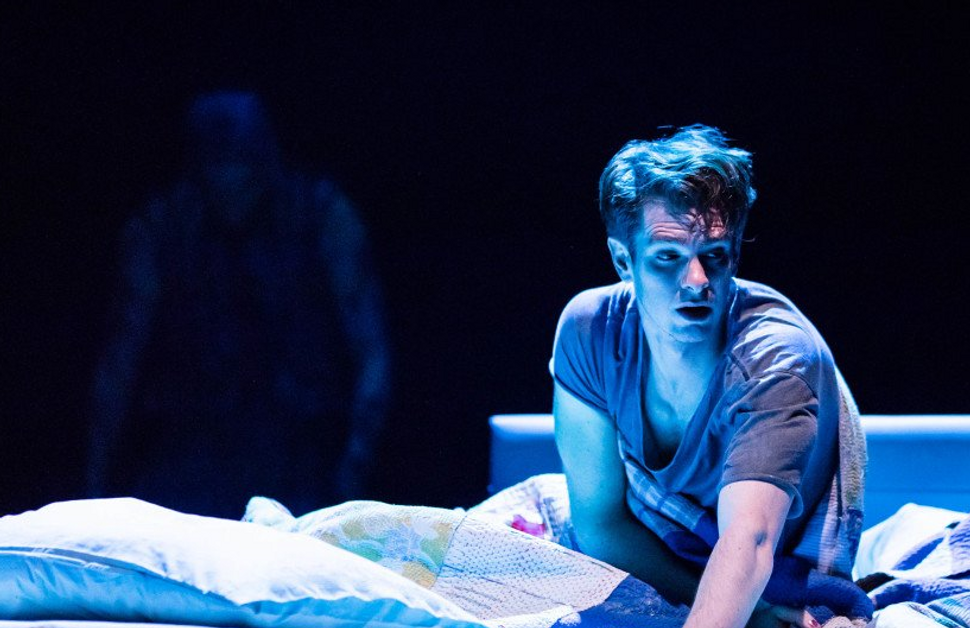 Tony Kushner’s generation-defining two-part play “Angels in America” premiered in San Francisco in 1991, but to many, its first definitive production was at London’s National Theatre in 1992. The year-long run of “Angels in America: Millennium Approaches” — soon to be followed by part 2, “Angels in America: Perestroika” — cemented the play’s Broadway prospects, and more importantly, a transatlantic sense of its significance.

Now, 25 years later, both parts of the play are returning to the National Theatre, prompting those affiliated with the original production to reminisce.

As The New York Times’s Matt Trueman recalled, “Millennium Approaches” made it to the National’s now-restructured and renamed Cottesloe Theatre under the guidance of Declan Donnellan, a leader of the British theater company Cheek By Jowl, and then an associate director at the National Theatre. While Donnellan was bowled over by the script, Trueman reports that he and Kushner clashed frequently over the production itself; the duo are now good friends.

Writing in The Guardian, Donnellan took his own trip down memory lane.

“This was a history in which homosexuality had no longer been made politely invisible,” he wrote, of reading “Millennium Approaches” for the first time.

“It was funny and shocking and moving and despairing and uplifting. We didn’t need to breathe it into life; it was already mad as hell and screaming like a murderous baby to be born.”

Kushner was apparently concerned that the play, which was firmly grounded in a United States that had turned a blind eye to the AIDS crisis, wouldn’t register in London. In the United Kingdom, though, as Trueman writes, Margaret Thatcher’s Conservative government had also failed to respond to the crisis. “That made the play’s concerns very real,” Donnellan told Trueman.

The praise was clamorous enough that a series of New York theater impresarios stopped by — alongside such undistinguished guests as Stephen Sondheim, natch — one of whom, Rocco Landesman, would bring the play to Broadway’s Walter Kerr Theater.

Donnellan, considering how the play has aged, commented that it might be even more pressing now than it was in its first iterations. (This despite the fact that, as the Times’s Ben Brantley wrote in his review of the new production, “To receive an AIDS diagnosis in 2017 is no longer to be handed a death sentence.”)

“Kushner invites us to explore the illusion he creates, and to imagine the distance between that fake world of illusion, of phantasmagoria, and the real world we live in,” Donnellan wrote. “And we cannot see that gap with any precision until we try to see the world we live in as it is, and not as it ought to be, with our eyes scrubbed clean.”