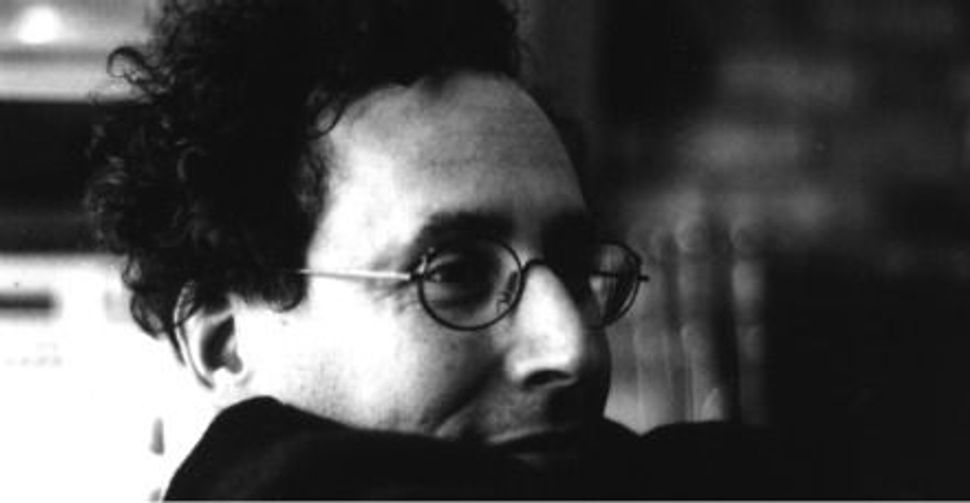 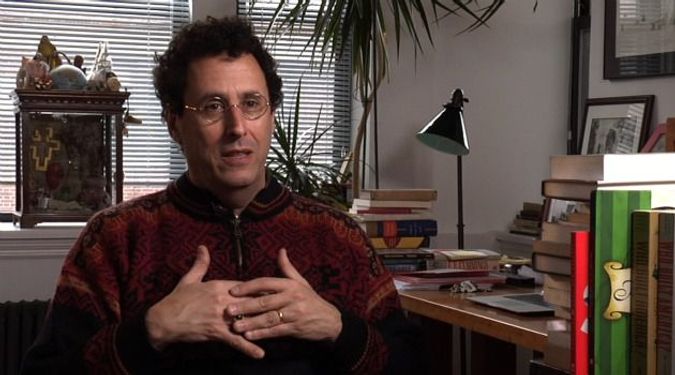 Exhausting Year: First he won an honorary degree from the City University of New York. Then it was rescinded, then he got it after all. Tony Kushner capped the year by winning a $100,000 prize. And he?s working on a Lincoln biopic with Steven Spielberg. Image by jonathan kesselman

I half expected to see the picture of Tennessee Williams that sat on Tony Kushner’s office desk. I didn’t expect the picture of Pep Guardiola, the youngest and most successful manager in the history of Barcelona Football Club, to be sitting right next to it. A present from the late poet Thom Gunn, its presence on his desk is a testament to Kushner’s sentimentality as well as to the wide regard in which Kushner is held.

On December 5, he is slated to receive a $100,000 prize for Creative Citizenship by The Nation Institute and The Puffin Foundation. The honor recognizing his socially conscious work will be a happy ending to an exhausting year for America’s leading playwright. In July, Kushner brought to a close almost two years of work on an important retrospective season that began in 2010 with a major restaging of both parts of the era-shaping “Angels in America.” Having a new generation of actors interpreting the parts helped him finish and resolve some of the problems that had been bothering him about “Perestroika” for nearly 20 years. Over the summer, he premiered the mini-opera “A Blizzard on Marblehead Neck” at Glimmerglass Festival. Co-written with his “Caroline, or Change” collaborator Jeanine Tesori and based on an episode in the life of Eugene O’Neill, it was successful enough that the Metropolitan Opera has commissioned a full opera from the two of them.

And since October he has been on set with Steven Spielberg, filming and re-writing the epic “Lincoln.” It’s a project in which he became engrossed almost as soon as they finished making “Munich” in 2005, and it is, he says, “the hardest thing I’ve ever had to do.” In the midst of all this, Kushner had to deal with a media kerfuffle when trustee Jeffrey Wiesenfeld nearly scuppered an attempt by the City University of New York to give him an honorary degree, levelling ill-founded accusations of anti-Zionism at the writer.

The retrospective with Signature Theatre Company was also the occasion for the premiere of his first major new play in almost a decade, in partnership with the Public Theater. The title of “The Intelligent Homosexual’s Guide to Capitalism and Socialism With a Key to the Scriptures” (also known as IHO) suggests, with a nod to George Bernard Shaw, that it will be “a treatise,” but what Kushner himself likes about the title is that when you go, the play is “intriguing and enigmatic.”

Though the play met with mixed reviews, it does illustrate, Kushner said, the paradox “that the world is only really legible once you give up the idea that the world is literal and offers its meaning easily.

“For me,” he continued, “the most important thing that I got out of Marx and Brecht and Shakespeare was that you have to use your brain and try and read the world.”

Kushner is a little worried about the ability of his country to read the world. “Empty, the daughter, in an earlier draft of the play [IHO], mentions PATCO,” he said, “but a number of my younger friends, very very smart people, political people, had no idea what PATCO was.” That the pivotal breaking of the air traffic controllers’ strike in the early Reagan years has faded into insignificance shows what a toll the heavy drip, drip, drip of propaganda over decades has taken on American ideas of social justice.

Kushner’s grandfather was a glazier who was locked out for attempting to organize, which meant that his mother grew up in “terrible poverty in the Bronx” and Kushner himself grew up with an understanding of how labor, society and the production of goods and wealth should relate. Over the past two decades, though, he notes ruefully, those assumptions have been dismantled as the conversation about the right to organized labor has disappeared and the “right to work” state has become the unquestioned norm. “It seems there’s no such thing,” he remarked, “as the category of economic justice.”

When I asked him whether the allusion to socialism in the play’s title is intended to bring Marxism back into the national discussion, he engaged with gusto:

“I’m not a Marxist. I don’t know what Marxism is. You always have to be very specific, are you talking about Gramsci, Luxemburg, Lenin? Are you talking about Stalin? They’re not all the same thing. And I feel that recent attempts to suggest that they are absolutely identical and that Marxism is just Stalinism in embryo is nonsense. There’s nothing of Stalin in Gramsci and indeed not a great deal of it in Lenin.”

From Kushner’s point of view, we have overlooked the money, repetition and vast energies spent in constructing a social discourse that helps plutocrats be callous about the suffering of their fellow creatures and “even more disturbingly, makes the people who suffer the most indifferent to their own suffering.”

There is much to concern him, the erosion of the tenets of the social contract is going hand in hand with capitalist commodity fetishism, where goods simply appear and human labor is just a financial cost of business. Wiesenfeld’s actions at CUNY are symptomatic of how financial power has given board members across a spectrum of organizations a sense of entitlement to make “disgusting” attempts to “use money as a means of leveraging power over a nonprofit institution.” And these are endangering the breadth of free speech that has been a hallmark of American and Jewish tradition. Especially given the nonconfrontational tendencies of less vociferous board members, this can cast a chill over the activities of important arts and culture programs.

Furthermore, from his vantage point, it seems as if Israel’s support in America has been built over the past decade or so by Benjamin Netanyahu and others around a coalition that includes “anti-Semites… who believe that Jews killed Christ and that the Jews are a damned people.” No matter how “jolly they are,” the idea that these “theocrat fundamentalists of the religious right… are great friends of Israel is to me repellent in the extreme.”

Still, he remains upbeat. Not least of all because he sees President Obama taking a leaf from Lincoln’s playbook — and not simply in a superficial, rhetorical way. Lincoln, Kushner claims after five years of near immersive research, was, “a genius on the level of Shakespeare and Mozart, producing things — in Lincoln’s case both governance and prose — that are miraculous in their beauty.”

Lincoln was faced with a massive and essentially unavoidable disaster and yet refused to “betray the precepts of secular democracy.” And the same goes for Obama. “I see him making that effort,” Kushner said. “Given what we just survived, I don’t see why he doesn’t get credit.”

After nearly six years spent “in the company of one of the greatest human beings that has ever lived,” he sees “the presidency through the lens of Lincoln.” Far less critical of Obama than his “nearest and dearest,” Kushner thinks Obama is “remarkable, an astonishing figure.” Next year promises to be the acid test for both Kushner’s cinematic and Obama’s presidential Lincolns.