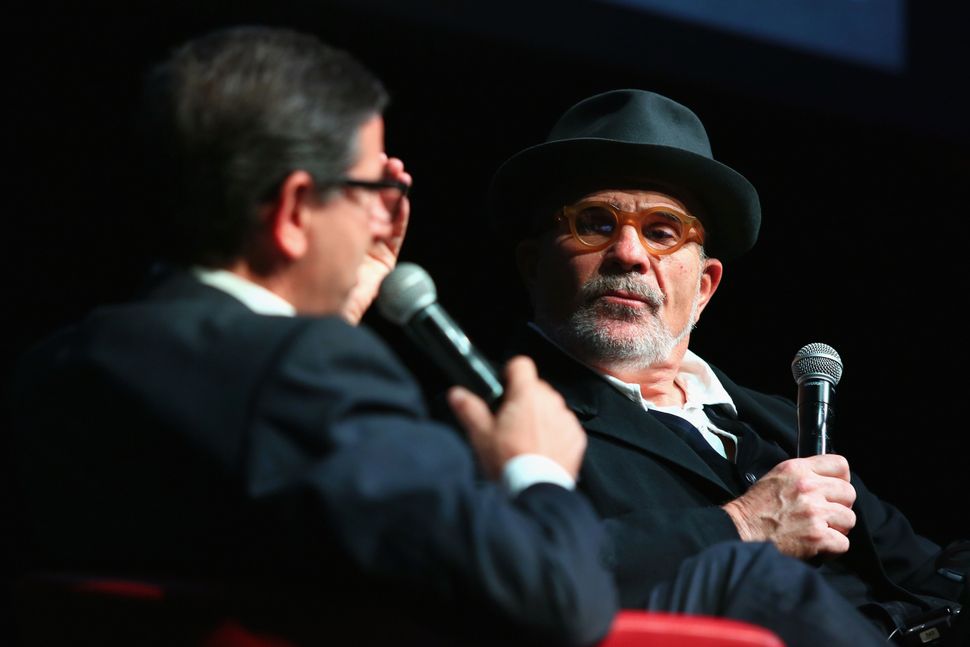 David Mamet seems to be a bit of an oddity in the arts world. On the one hand, he is a renowned playwright, known for works like “Glengarry Glen Ross” (for which he won the Pulitzer Prize in 1984). On the other hand, he wrote the screenplay for the disastrously terrible “The Untouchables.” On the one hand he’s adapting avant-garde works like Samuel Beckett’s “Catastrophe” for film. And on the other hand he’s writing nonsense in Newsweek about the tyranny of gun control.

Recently, he’s again brought the Hyde side of his personality into the public spotlight. According to an article published in theater site onstageblog.com, the Outvisible Theatre Company was threatened with a $25,000 fine if they held a “talk back” (a discussion between the cast and audience) after their staging of Mamet’s “Oleanna.” The theater’s director told Onstageblog that “Talk backs were not restricted in the original contract when it was signed by Outvisible, so a new contract was sent to sign, just four hours before the show opened that night.”

Playwrights exercising strict control over their work is nothing new. Beckett (and now the Beckett estate) maintained rigid command, and Mamet too is known for rejecting tampering with his scripts (the Onstageblog article points out that he refused to “allow changes in pronouns in all-female productions of ‘Glengarry Glenn Ross’ and once succeeded in shutting down another production of ‘Oleanna’ with a gender neutral Carol”). But restricting critical discussion of a work is another matter. Of course, theater goers are not, and can not, be restricted from discussing the play amongst themselves after the curtains, but a discussion with the cast can provide valuable insight into the performance and dramaturgy of the work.

Mamet reportedly “wanted the impact of his play not to be emotionally truncated by a structured discussion between the actors and their audience” which seems fair enough – but in conjunction with his public persona, it comes across as more conservatively choleric than anything else.