Why Peggy Noonan’s Use Of ‘Shonda’ Is A Shonda 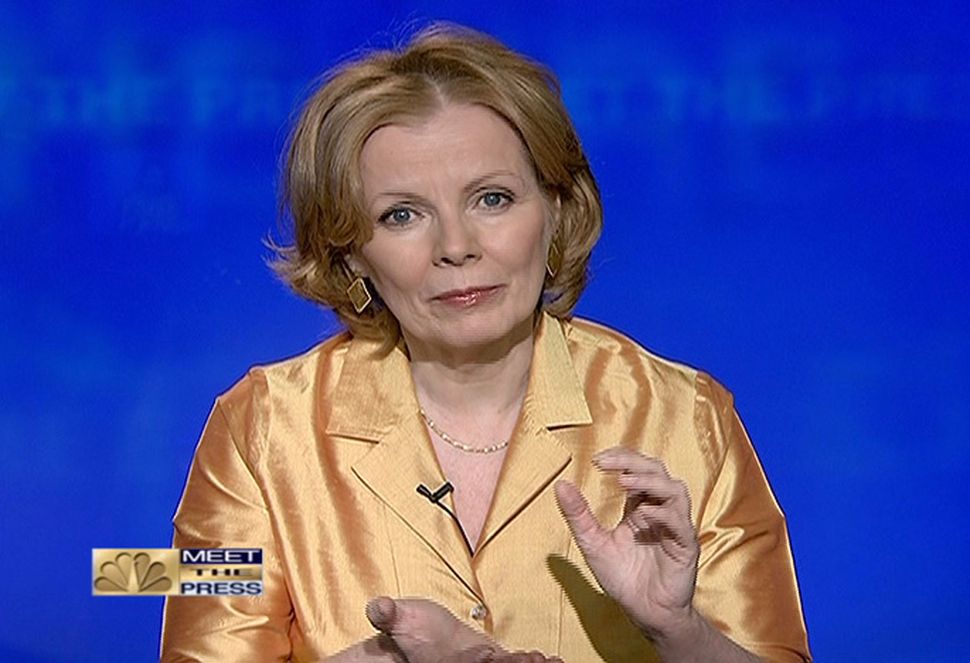 Peggy Noonan, the Wall Street Journal columnist who won a 2017 Pulitzer Prize for commentary — and who was, of course, President Reagan’s main speechwriter — sparked a social-media firestorm when she used the Yiddish word “shonda” to describe her reaction to the decision to remove Stonewall Jackson and Robert E. Lee from the stained-glass windows at the Washington National Cathedral in Washington, D.C.

Here’s Noonan’s tweet, in response to a story in The Washington Examiner on the windows:

“A shonda. They were figures in the greatest, most killing moral struggle in US history. They didnt tweet, they took to the field and died.”

“What’s a shonda?” many baffled Twitters users asked each other.

Hint: it’s not Shonda Rhimes. Most Yiddish speakers pronounce it as shande or shanda. In Yiddish, shande means a disgrace, a shame, a terrible embarrassment, a scandal. Some Twitter users exploded over Noonan’s decision to use the Yiddish word to, of all things, describe the removal of stained-glass windows featuring Confederate leaders. Fiona Adorno (@fionaadorno), wrote:

The only Shonda is your usage of a Yiddish word to defend idolatry of #WhiteSupremacists. Stick with English. They prefer it.

Eve Zhurbinski, ‏ an intern for an organization supporting Democratic attorneys general, responded with a pithy tweet that at press time had 376 likes. It read:

Peggy Noonan: shonda!; Actual Jews: it was not, in fact, a shonda

It’s not a shonda. “Jews will not replace us.” That’s a shonda.

Noonan’s tweet was part of a 15-tweet thread in which she argued that leaving the windows up will start important and necessary conversations about the past. She tweeted:

Leave the statues up and tell the story, all aspects, as you pass. And ponder what grave moral wrongs we might be allowing/ignoring now./

But many Twitterati weren’t interested in nuance, or in a complex take on how to handle history. They stopped reading at “shonda,” appalled at a Yiddish word used in this context.

Aviya Kushner is the Forward’s language columnist and the author of “The Grammar of God” (Spiegel & Grau, 2015). Follow her on Twitter,@AviyaKushner

Why Peggy Noonan’s Use Of ‘Shonda’ Is A Shonda