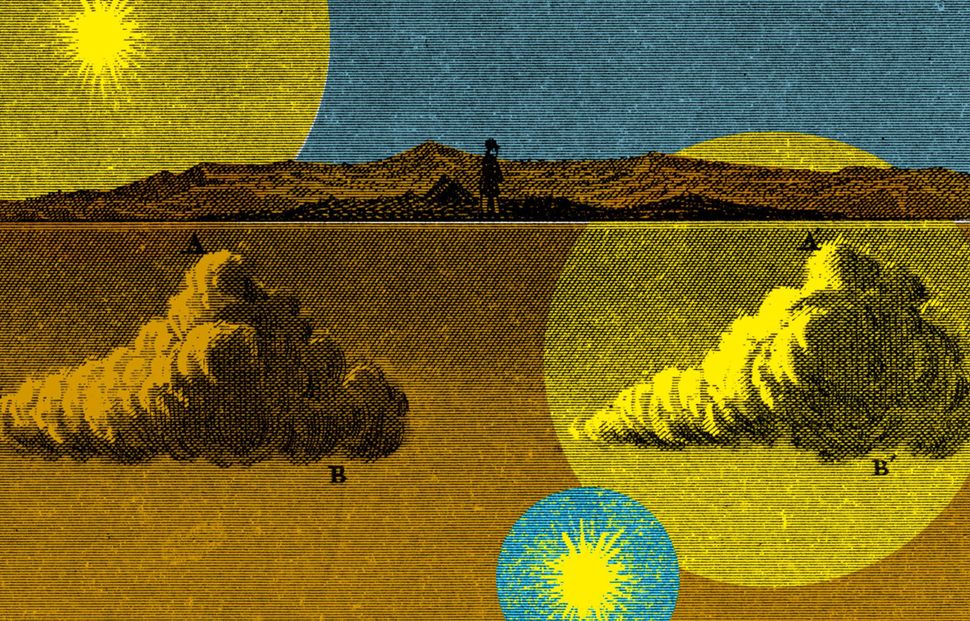 Tel Aviv is a city of night owls, but the Mediterranean morning sun makes it hard to sleep in, which may be why morning means hearing waitresses all over the city respond to patrons’ “Boker tov” — “Good morning” — with boker or, meaning “morning of light.”

But where does that response of light come from?

To find the source of the light, I found myself on a trail that started at the famed Even-Shoshan Dictionary and led to the Book of Genesis and then to an energetic Arabic teacher named Maha, who broadcasts her lessons to the world on YouTube. My first stop was the dictionary, which claimed that the phrase boker or comes from Genesis.

This sounded promising, and totally reasonable.

Boker or, “morning of light,” does indeed appear in Genesis 44:3, though there it reads ”Ha’boker,” or, or “The morning is light.” “And of course, the word or, or “light,” is quintessentially biblical, and part of the famous “Yehi or” of Genesis, or “Let there be light,” one of the greatest short statements ever.

But I wasn’t satisfied.

A relative who has been obsessively studying Arabic pointed out that the idea of using boker or or “morning of light” as a greeting — not as a statement, as in Genesis — is probably a borrowing from Arabic, translated into Hebrew.

So, I found myself listening to a tutorial on greetings in Arabic taught by Maha of LearnArabicwithMaha on YouTube. As Maha repeated greetings in pronunciations from various Arab countries, she reminded me that in Arabic, “Good morning” is “Sabah el kheir,” and the appropriate response is “Sabah el noor.”

And what is noor? Light.

If noor sounds familiar, it is probably because Noor happens to be a popular name in Arabic, made even more famous by the glamorous American-born Queen Noor of Jordan, the widow of the King of Jordan. The full name she took upon marriage was Noor al-Hussein or “Light of Hussein”; she was born in Washington, D.C., as Lisa Najeeb Halaby. And of course, the Hebrew or, meaning “light,” is a common name in Israel.

The more I listened to Maha on repeat, the more I thought that maybe it wasn’t exactly boker or or sabah el noor that was borrowed from Arabic, but instead perhaps this concept of answering boker tov with boker or. That two-part morning ritual, the short play I’ve heard over and over on groggy mornings in cafes, sounds a lot like the Arabic tradition of answering sabah el kheir with sabah el noor.

I then wondered how other Hebrew greetings function, not just boker or. And I found myself thinking back to the Bible. The Genesis-infused boker or, rolling out of waitresses’ mouths is also part of the Torah’s beautiful tendency to include sentiments other than “Good morning” and “Good night” as greetings — and to depict two-part greetings, where each speaker has a role to play.

Consider “Hashalom lecha?” meaning “Are you whole?” or “Are you okay?” which appears 15 times in the Tanach.

The word shalom shares a root with the word shalem or “whole.” That greeting is not asking if someone is in peace; instead, the asker wants to know if his guest made it through the night in one piece. He wants to understand if his guest’s arms, legs and head are feeling complete.

This kind of lovely greeting doesn’t always come through in English translation, because “Are you whole?” sounds weird in English. But in Hebrew, when Jacob speaks to the shepherds in Genesis 29:6, and asks about Laban, Jacob asks “Hashalom lo?” (“Is he whole?” or “Is he okay?”), and the answer from the shepherds is simply “Shalom.”

In the Jewish Publication Society translation, the shalom is gone. This is the translated exchange: “He continued, “Is he well?” They answered, “Yes, he is.”

Jacob’s untranslated greeting patterns may be fun to think about, but I also happen to enjoy envisioning a different patriarch — Abraham — welcoming guests. I like to imagine Abraham at dusk, saying “Good evening” or “Erev tov.” The word erev, or “evening,” in Hebrew, seems to be a borrowing from the Akkadian errebum. And Akkadian was Abraham’s native tongue — his mamaloshen, Yiddish for “mother tongue.”

I can’t resist listening to contemporary Abrahams, hearing what they borrow from the neighbors and what they keep from their mamaloshen when it comes to greetings; it makes me feel whole, as if all of time and space and tongue coalesce into an international democracy of hellos and goodbyes.

Luckily, it never takes more than 10 minutes sitting in a Tel Aviv cafe to hear the greeting ahalan, which is entirely Arabic: Hello. That straight-up borrowing is obvious. But what may be more fascinating is listening to coffee drinkers leave, with the following ubiquitous Israeli concoction: az yallah bye.

Az yallah bye captures contemporary Israel. With one end, it holds on to Hebrew with a word that appears in the Torah: az, or “so.” With one end of the expression, it borrows from English, from the lingua franca of the West, and the language that technology makes everyone’s neighbor. And in the middle, it’s Arabic, a nod to all the immediate physical neighbors of Israel, as well as to Arab Israelis living within Israel.

When I hear boker or or az yallah bye, I think, “Who owns the light, anyway?” And, “Who gets to determine the ownership of a goodbye?” These inheritances — this sun and these languages and these ancient traditions of creative greetings — belong to all of us, regardless of our mamaloshen, waking up to the morning light.

Aviya Kushner is the Forward’s language columnist and is the author of “The Grammar of God” (Spiegel & Grau, 2015). Follow her on Twitter, @AviyaKushner