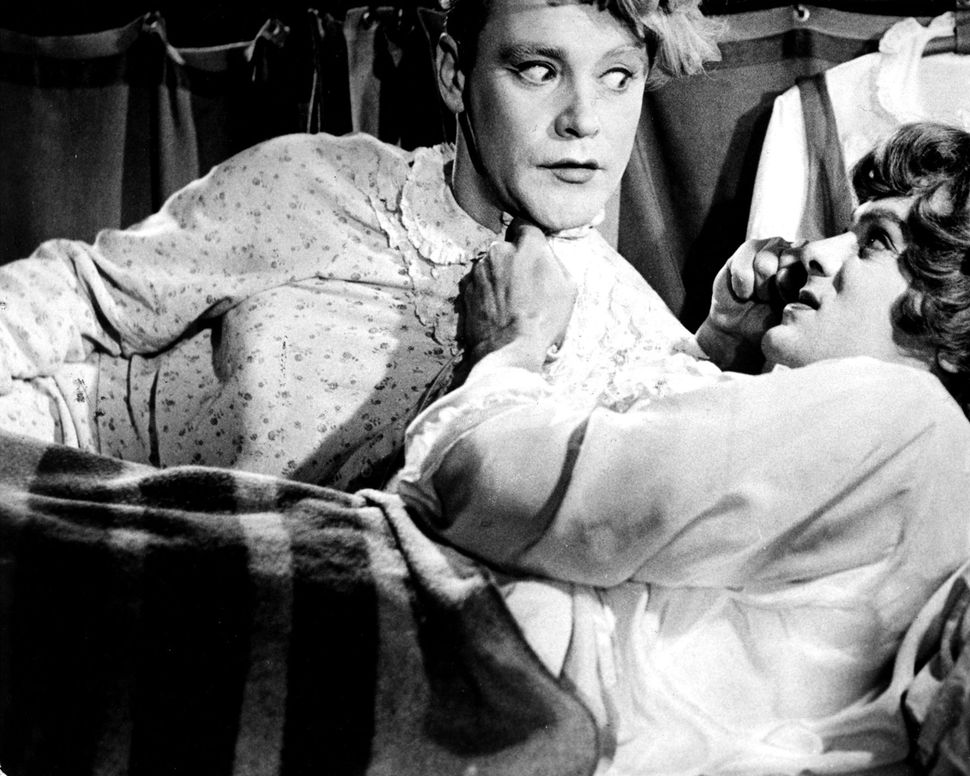 Jack Lemon and Tony Curtis in a still from “Some Like it Hot.” Image by Getty Images

60 years after the original film’s premiere, “Some Like it Hot” — the legendary Billy Wilder-directed comedy about two musicians who dress in drag and join an all-female band led by Marilyn Monroe to escape the mob — will come to Broadway.

According to The New York Times’s Michael Paulson, producers Craig Nadan and Neil Meron, who are coming off a well-received televised “live concert version of ‘Jesus Christ Superstar,’” will bring Wilder’s film to a Broadway stage for the first time since 1972. That year, another adaptation of the film, titled “Sugar,” opened at the Majestic Theatre. (A reworked version of “Sugar” re-titled “Some Like it Hot,” which, like the film, starred Tony Curtis — yes, it’s confusing — “toured in 2002,” according to Paulson.)

Neither of these previous productions was met with even a modicum of the critical success that accompanied Wilder’s film. Time’s then-theater critic T.E. Kalem wrote of the 1972 production, “This ‘Sugar’ is not organic. It has been so thoroughly processed, refined and filtered that it has lost the natural energy that makes a good musical strong and healthy.” Variety called the 2002 reboot “Essentially just a serviceable summer revival of ‘Sugar’ juiced up with some additional items from the Jule Styne catalog.”

Nonetheless, Nadan and Meron seem poised to create a solid production. The score, according to Paulson, will be penned by Tony Award winning songwriters Marc Shaiman and Scott Wittman; Paulson also notes that Casey Nicholaw, of “The Book of Mormon” fame, will direct and choreograph.

“’Some Like It Hot’ is one of the crown jewels of MGM’s library,” said Jonathan Glickman, the president of MGM’s Motion Picture Group and head of live stage theatrical productions, according to Variety. “Craig, Neil and the Shubert Organization have assembled a world class creative team and we can’t wait to see it on Broadway.”