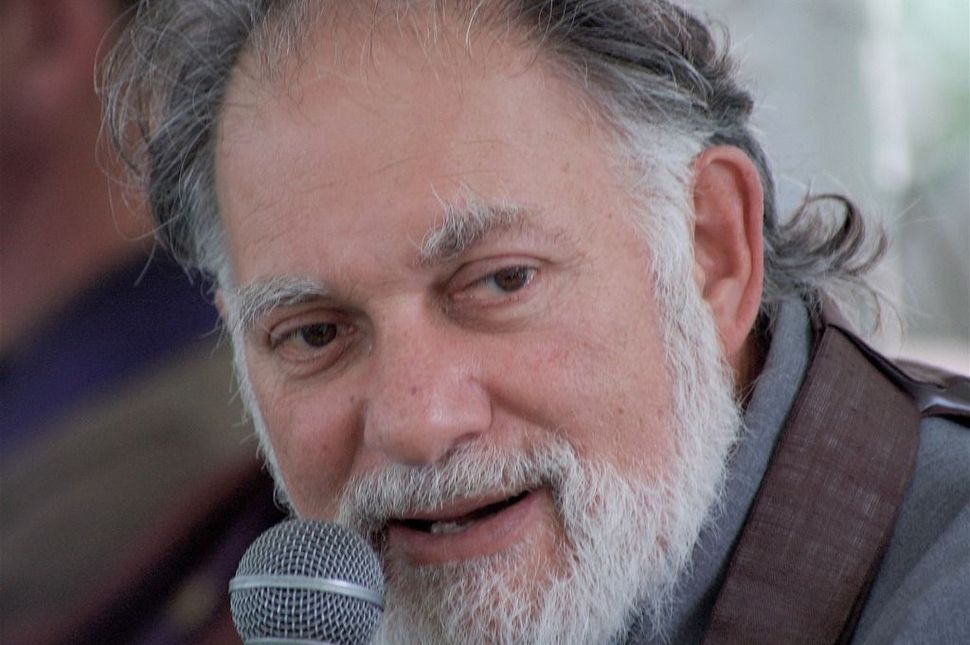 Bernie Glassman, one of the most important American Buddhist teachers, died Sunday November 4 at the age of 79. His life, and his integration of Judaism and Buddhism, now stands as a perfect, imperfect monument to the pursuit of spirituality and social justice.

Perhaps fittingly, Glassman passed away just as one of the organizations he founded, Zen Peacemakers, was on its way to Auschwitz for its 23rd annual Bearing Witness retreat, which brings between 50 and 100 participants – often spiritual teachers themselves – to see Auschwitz for themselves and confront the radical evil of the holocaust.

The Bearing Witness program reflects many of Glassman’s own values: Jewish history and identity, the pursuit of social justice (this year, as always, a focus of the program is how xenophobia and anti-Semitism continue to manifest today), intensive Buddhist spiritual practice, and, in a sense, the audacity of confronting life as directly and fully as possible.

Born in Brighton Beach to Jewish immigrants, Glassman had a twenty-year career in technology. As a young man, he lived on a kibbutz in Israel and taught at the Technion. Later, he got a PhD in applied mathematics from UCLA and worked as an aeronautical engineer.

All the while, Glassman was pursuing serious Zen study. For fifteen years, he was a student of Maezumi Roshi, one of the most important (and scandal-ridden) figures in the transmission of Buddhism to the West and the founder of the Zen Center of Los Angeles. Glassman received “transmission” (authorization to teach) from Maezumi Roshi and moved back to New York to found the Zen Community of New York in 1979.

Almost immediately, Glassman’s approach to Zen belied the mistaken claim that intensive spiritual practice is somehow detached from the political and social world. (The colloquial sense of “Zen” as relaxing and self-indulgent is the diametrical opposite of actual Zen.) He started a bakery in the Yonkers that went on to employ economically disadvantaged people and teach them valuable skills. He conducted “street retreats” in which participants lived among the homeless and practiced meditation in public parks. And, in 1996, he co-founded Zen Peacemakers.

Together with Vietnamese monk Thich Nhat Hanh and organizations like the Buddhist Peace Fellowship, Glassman was one of the most important figures in “Engaged Buddhism,” which applies Buddhist teachings to what many Jews call tikkun olam, the project of ‘repairing’ the brokenness in the world.

Like much of 20th and 21st century Western Buddhism, Glassman’s Engaged Buddhism is also disproportionately Jewish. Many of Glassman’s leading students were Jewish by birth and by ethos. (Glassman’s parents were not notably political but many uncles and aunts were left-wing radicals in the 1930s, 40s and 50s.) While Engaged Buddhism draws on Buddhist teachings, it obviously also reflects the social and historical context of American Jewish liberalism.

But Glassman went even farther than that. Again contrary to the clichés one often hears about “JuBus,” or Jewish Buddhists, Glassman remained closely engaged with Jewish tradition throughout his life. Even as a Zen priest – Glassman was a priest as well as a teacher until 1997, when he ‘disrobed’ and focused entirely on Zen Peacemaker work – he remained a Jew until the end, with his sense of humor, his (quiet) outrage at injustice, and, of course, the annual trips to Auschwitz.

“Bernie was a bridge between worlds,” Rabbi Shir Yaakov Feit, first a participant and now a facilitator of the Bearing Witness Auschwitz retreat, told me via instant message from Poland. “Always experimenting at the edges, hybridizing ancient wisdoms with modern.”

Glassman’s tireless social justice work will likely be his most enduring contribution to American Buddhism, and perhaps American religion in general. Having worked with prison populations, AIDS patients, and homeless people, Glassman focused in his last years on international work, leading missions and retreats in Rwanda, India, Sri Lanka, Israel, Palestine, and Native American lands, among other places.

The purpose of the Auschwitz and other ‘Bearing Witness’ retreats was simple on its face: to confront evil directly, not flinch from it, and commit to fighting it. As one of Glassman’s students, Natalie Goldberg, put it, “If we look evil in the face, we will know it and not run from it.” But to actually integrate the impact of Auschwitz into daily life and action, to pursue peace in one’s own life and one’s own politics – that is not so simple.

Shoshana Cooper, a leading Jewish meditation teacher (and teacher of mine) who went with Glassman on several Bearing Witness retreats, told me that Glassman “was my first teacher on the path of disillusionment, the stripping away of the illusions we like to create to make the world feel safe and lovely.”

“He was instrumental,” she continued, “in teaching me to face the worst of humanity and to learn slowly how to open to that horror in my heart, mind and body. Bearing Witness taught me to face everything I may hate and then to live better, differently, more whole and hopefully wiser than before I faced and integrated the brokenness of our humanity.”

Glassman suffered a debilitating stroke in 2016, and the recovery was long and painful. At the same time, he also experienced a number of profound meditative states as his mind, trapped in a non-functioning body, was able to be free from thoughts and emotions and simply rest in a state of “not-knowing.”

One of his students asked him about these states on a video conference call in 2017, after Glassman had recovered enough to conduct them. He replied as best he could, but at one point, according to his now-widow, Eve Marko, his eyes teared up and he refused to answer any more questions about profound mind states and meditation.

“You don’t understand,” he said. “The real question is what does this have to do with being a mensch, a human being? If we can’t answer that, what are we doing?”