This Little-Known Jewish Hero Lit The Statue Of Liberty 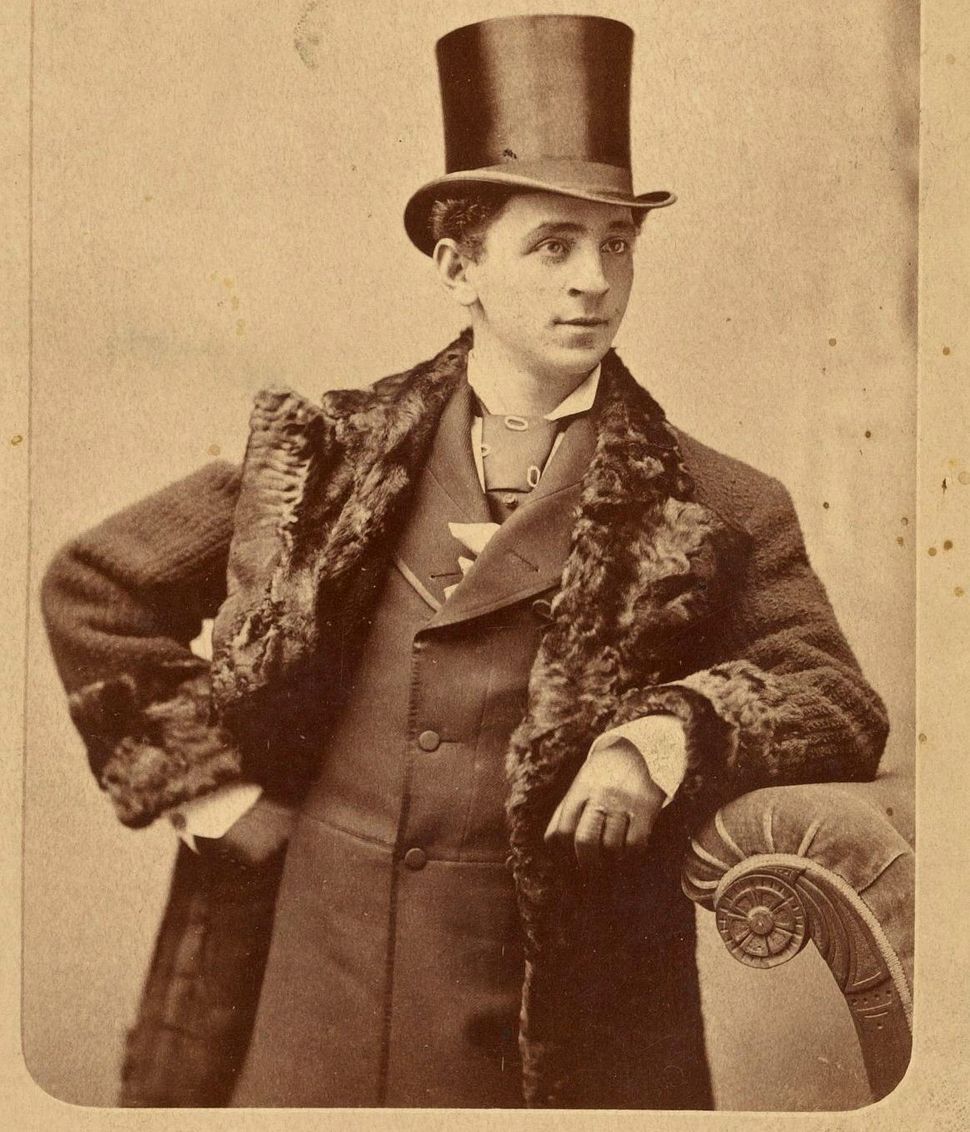 On November 7, 1886, the guiding light of New York Harbor went dark for the first time. Only 10 days after the Statue of Liberty was unveiled to the public, her torch was snuffed. A frugal Congress refused to allocate the necessary funds for the statue to serve her role as a lighthouse. Indeed, Congress was so indifferent to the French gift that it was only through the fundraising of publisher Joseph Pulitzer, who printed the names of donors in his paper, the New York World, that Lady Liberty had a pedestal to stand on.

It would take another American luminary, M.B. Curtis — like Pulitzer, a Hungarian Jewish immigrant — to keep her flame burning. Curtis, a legendary stage actor, had arrived in New York three days after the Statue of Liberty’s dedication, to perform in his new play, “Caught in a Corner.” On November 8, he announced that he would personally pay to keep the Statue of Liberty lit through the week of his play’s run at the Fourteenth Street Theatre. Congress insisted that he couldn’t, but he managed to anyway.

“Because he grew up in Detroit, on the streets, he knew how the world turned,” Richard Schwartz, author of the 2017 book “The Man Who Lit Lady Liberty: The Extraordinary Rise and Fall of Actor M.B. Curtis,” said in an interview. “He just found the guys who ran the coal fire dynamos, learned that to produce the electricity costs 800 bucks, slammed the money on the table and must have pointed to the statue and said ‘Boys, light it up.’”

By November 13 the statue had gotten back her glow, courtesy of Curtis, and by November 22, Congress had caved and funded the torch in perpetuity, ensuring Curtis’s distinction as the only individual American citizen to keep Lady Liberty lit. It was one of many firsts in the realms of charity, marketing and history making for Curtis.

As recounted in Schwartz’s book, Curtis’s entire life and his most iconic role typify the American immigrant experience.

Born on July 20, 1849 in Hungary, Moritz Bertram Strelinger immigrated to the United States when he was 6 and came of age in a multiethnic Detroit. He spent much of his childhood running away from home, finally leaving for Chicago when he was around 17. He lived there for a few years, becoming a regular cast member at the McVicker’s Theater, but he never set down roots. He became a touring actor in his 20s and married a French Canadian woman named Marie Alphonsine Fleurange, who soon began acting alongside him. Through his travels and his early days surrounded by first-generation Irish, Germans and Jews, he developed an uncanny skill as a mimic of dialects and gestures. His natural talent for caricature and his peripatetic lifestyle soon found their perfect match in the part of Sam’l of Posen, the Jewish immigrant traveling salesman that made his fortune.

Around the year 1880, Curtis commissioned playwright George Jessop to develop a play centering on the role of Samuel Plastrick, an entirely new kind of creation for the American stage. Curtis received rave reviews for his nuanced portrayal of a witty, kind-hearted greenhorn. And, not only was Curtis, a Jew, playing a Jew, he was also playing for Jewish audiences who delighted in seeing their milieu reflected onstage.

“The Jew of this play is utterly different from any former representation of this particular race,” an 1881 review from the Chicago Inter Ocean read, “and the caricature is so fair that numbers of our Jewish society have sat through the performance each night in evident enjoyment of the role and its surroundings.”

The character Sam’l of Posen became a phenomenon; his name appeared on cigars, boats and writing tablets, and he was a regular subject of political cartoons. Sam’l was such a large part of the culture that he nearly replaced the lead character of Hank in a stage adaptation of Mark Twain’s “A Connecticut Yankee in King Arthur’s Court” — and Twain was in favor of it!

By traveling the country in Sam’l’s trademark gaudy checkered suits, Curtis emerged from the supporting cast and its flophouse-to-flophouse lifestyle into the moneyed class. He rarely took a breather from the road, but when he did he invested in real estate and hotels, almost single-handedly modernizing West Berkeley, California.

In 1891, Curtis’s career was sidetracked when he became the main suspect in the murder of the San Francisco policeman Alexander Grant. He was acquitted after three trials, but the ordeal consumed two and a half years of his life spent in and out of jail. He would never recover.

“I think the charges both robbed him of his career and his mental health,” Schwartz said. It also took the form of a heavy financial burden, as much of his and his wife’s fortune was liquidated to clear his good name. Curtis began to drink heavily, and even with revised versions of “Sam’l of Posen” and his reinvention as the manager of a minstrel group and as an Austin hotelier, he lost his foothold in the culture. While he appeared in a handful of films, including one of “Sam’l of Posen,” he never made his mark on that medium. His memory largely died with those who saw him perform live.

Still, Curtis’s legacy lives on in the flame that greeted millions of newly arrived immigrants entering the country as he did years before. Had Curtis not stepped in to keep Lady Liberty’s torch glowing, we all might have been left in the dark.

“One wonders,” Schwartz said, “had that moment passed and the statue had stayed dark, if the country would have gotten used to the statue never being lit.”

This Little-Known Jewish Hero Lit The Statue Of Liberty