Primo Levi was, by any measure, a remarkable man.

The chemist and writer, born in Turin, Italy on July 31, 1919, is most famous in America for his memoirs of his experience during the Holocaust. And those memoirs, foremost among them “If This is a Man,” which surveys Levi’s time in the Italian resistance and then in Auschwitz, and “The Truce,” which covers his nine-month journey home after the camp’s liberation, are stunning chronicles of the costs of a staggering crime.

But Levi, who began to write seriously after the end of World War II, had interests that ranged far beyond the horrors through which he had lived. He wrote with passionate clarity about science (“The Periodic Table”); the complex social architecture of factories and cities; the endlessly fascinating functions of language; his curiosity about the lives and habits of animals. “If I could, I would… fill my house with all the animals available,” he wrote in the essay “Novels Dictated by Crickets.” “I’d make every effort not only to observe them but to communicate with them.” In the story “The Ant’s Wedding,” he did, writing a dialogue between a journalist and an ant queen. 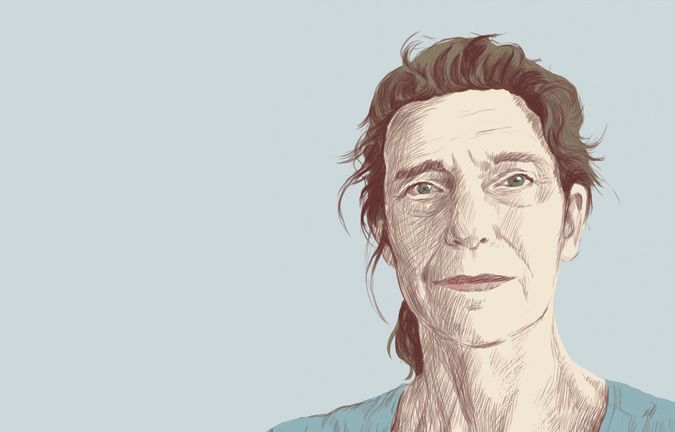 Levi died in 1987. To mark his centenary, we turned to the translator Ann Goldstein, who edited “The Complete Works of Primo Levi,” (Liveright) the first complete English translation of Levi’s novels, stories, poems and essays. The three-volume work, which took nearly two decades to assemble, was published to acclaim in 2015. Goldstein, who has also won plaudits for her translations of the work of the Italian novelist Elena Ferrante, spoke with the Forward over the phone. The following conversation has been edited for length and clarity.

Talya Zax: You oversaw the recent English translation of “The Complete Works of Primo Levi,” a project that you worked on for over a decade. How did your understanding of Levi and his work change over that time?

Ann Goldstein: This was the goal of the project: To broaden people’s experience of Levi. He’s famous, especially in the Anglophone world, for being a Holocaust survivor, for writing Holocaust memoirs. On his only trip to America, he was sort of stunned at being treated as a Jewish Holocaust writer. That wasn’t how he saw himself. He wrote novels, a lot of short stories, stories that are sort of biological fantasies, science fiction-y stories — very entertaining, and kind of prescient — and he wrote essays o current events of the time, on language. He really was a much broader writer than people give him credit for.

What most stands out to you about Levi’s work?

My relationship with him [is] very much tied to words, how he uses words, how I translated words, how other people translated words. He’s a very exact writer. His sentences, they’re often complicated, but they’re very well balanced. If it takes a while to get through one, you realize that it always makes sense. As a scientist he’s attentive to language. There’s an essay about the words for colors that a chemist has available to him. Things like that really make you think about language.

He’s very fair-minded. Again, it’s kind of what you imagine the perfect scientist would be: Someone who weighs the evidence, a great observer, not just of people but of situations, the way people relate to each other. And of the world: The natural world, the animal world. He’s a great presenter of life.

What, in your mind, is Levi’s place in the canon of contemporary Jewish literature? What should it be?

As I said, he really didn’t think of himself as a Jewish writer, but obviously, he was Jewish and he was a writer. And he became more and more interested in Judaism as he got older. It’s really hard to say. He wouldn’t even like being put in that category.

In your editor’s introduction to “The Complete Works,” you wrote that the label of “Holocaust writer” does Levi “regrettable injustice.” In what ways does it do so?

The obvious thing is “If This Is a Man.” The way that he writes about the concentration camp is kind of astonishing. It’s not cold and it’s not sentimental. It’s precise, but you feel the emotion that’s beneath it. There’s a kind of humor that I always remember. I think in “If This is a Man,” he talks about how they never got to take a bath, [and] he says “I found that I kind of liked being dirty.” There’s a little glimpse not just of humor but of person.

“The Complete Works of Primo Levi” have now been out for close to four years. Do you still think about the project? How have your thoughts about it changed?

Oh, yes. As usual, one always thinks, I wish I had done it this way or that. The project was conceived as it went along, and, of course, in hindsight you wish you had had a better overview to begin with. I’m not a scholar at all, so [at the start] I didn’t really understand the situation of Levi’s works in English, which was much more complicated than I thought. The idea was to put together the existing translations, but then when we discovered the [wanting] state of the translation and the fact that a lot of his books had not been published in English the way that he had originally published [them] in Italian. He put together his own books; he put the stories together. [In English] it was sort of a grab bag; people had taken three stories from that collection, four stories from that collection, and put them together into volumes. So we followed the Italian complete works, which was done chronologically.

Did you feel that the stories read differently once you’d re-ordered them in the way Levi originally intended?

Most of the stories I really was reading for the first time. I was reading them in Italian, not in English. I had to guess why certain stories hadn’t been included in a collection or certain ones had. There were some you couldn’t understand why they couldn’t leave them together. Why did [U.S. publishers] call “If This is a Man” “Survival in Auschwitz”? I think you can guess. Editorial demands or priorities were different when these books were published.

What does Levi’s centenary mean to you?

To me, it seems like an occasion not just to remember him but to point to the very modern outlook that he has. His work, what he represented: Not just the Holocaust, but what brought it into being — the kinds of attitudes that we are, of course, seeing today, not just a little bit. [But] I think, like all these things, these centenaries are arbitrary.