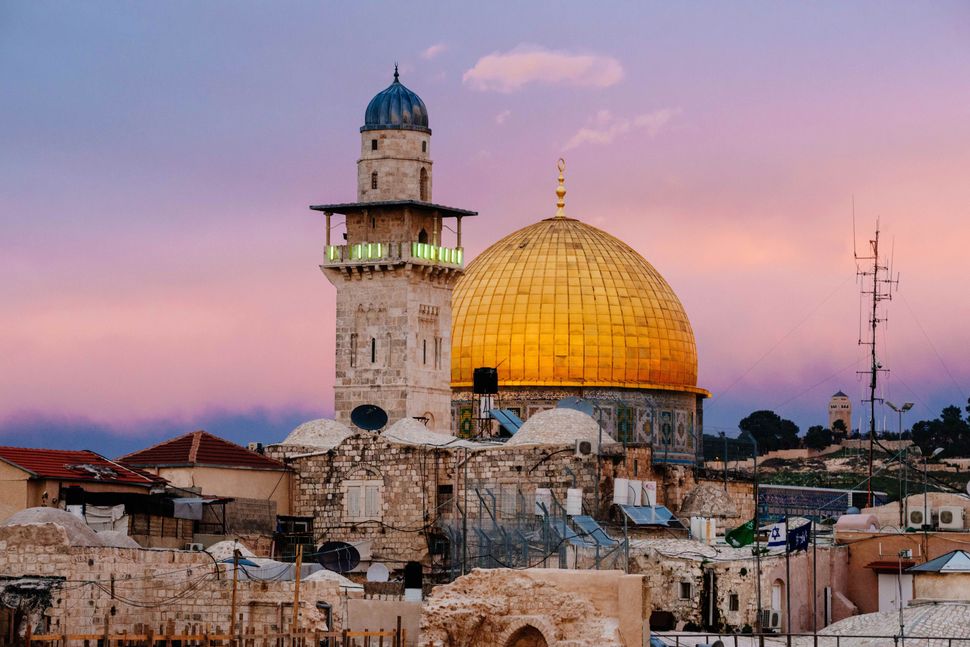 Dome of the Rock, Qubbat Al-Sakhrah, Jerusalem Image by iStock

The book review for “Covenant Brothers: Evangelicals, Jews, And U.S.-Israeli Relations” entitled “Why Everything You Think You Know About Christian Zionism is Wrong” grossly misstated numerous aspects of Christian Zionism and the movement in America. The narrative that Raphael Magarik puts forth seeks to debunk the idea that: “Christian Zionism conceals under a cloak of philo-Semitism, a nefarious agenda. Christian Zionists support Israel, supposedly, to hasten the end-times, when “Jews must convert or die.”

American Christian denominations that identify as a part of the evangelical tradition have long engaged in missionary efforts to share the message of Jesus with people in the Middle East — both Arabs and Jews — often with little success. To deny the history of conversionism and the centuries of tension between U.S. Christian efforts of proselytization toward the Jewish community and Palestinian Arabs that resided in Israel and the historic state of Palestine is to rewrite history.

Theological assumptions about God’s providence on behalf of the people of Israel, the Jews, inspired American Christian Zionism and Christian involvement in Israel and the occupied Palestinian territories, even preceding the establishment of the State of Israel. Since Christian Zionism rose up across the American landscape in the 19th century, United States Christians have adopted complex theological beliefs about Jewish restoration (restorationism), characterizations of Israel, theologies of the land, dispensationalism, eschatology, and prophetic signs of the End Times. Magarik exhibits poor scholarship in his analysis of Christian Zionism.

Christian Zionism is not a monolith. Many Christian Zionists are members of groups like Christians United for Israel (CUFI), which John Hagee leads, and believe allegiance to Israel is the fault line by which God will judge the nations. As of December 2018, CUFI counts over five million members, making it the largest pro-Israel group in the United States. It is inaccurate to understate their significance and the millions of dollars such groups donate to the state of Israel and contribute to the theo-political alliance between the state of Israel and conservative American Christians. Many Christian Zionists equate the modern nation-state of Israel with the land of the biblical Israelites and see the establishment of the state in 1948 as a miracle representing the faithfulness of God in keeping his promises with God’s chosen people, the Jews. To say “nine out of ten American evangelicals reject end-time prophecies involving Jewish control of the Holy Land” just doesn’t accurately represent the complicated assumptions of Christian Zionist and its followers vis-a-vis the Jewish people and Israel. It is unreasonable to claim considerations of end-time prophecies are not significant for conservative evangelicals in the face of millions of copies of books sold by authors like Tim LaHaye, Jerry Jenkins, Hal Lindsey, and Joel Rosenberg with prophetic end-times themes related to Israel at the center of their narratives.

I would encourage people to consider the book I edited called “A Land Full of God: Christian Perspectives on the Holy Land” that includes 30 diverse authors and some of the most influential Christian Zionists and academics who study them like Susan Michael, the USA director of the International Embassy in Jerusalem and Donald Lewis, author of “The Origins of Christian Zionism” and numerous other works about the topic. The book also includes chapters from world leaders like Archbishop Desmond Tutu who more identify with the Palestinian struggle for self-determination. “A Land Full of God” provides a much more comprehensive and accurate perspective of the relationship between Christian Zionism and the Jewish people.

Susan Michael writes in her chapter “Across the Israel Divide” that “Christian Zionism is the belief that God bequeathed the land of Canaan to the Jewish people as an everlasting possession for the purposes of world redemption.” Yes, this does represent the “covenantal solidarity” that Hummel wrote about in his book; but for the Christian Zionist, the ultimate aim of “world redemption” won’t happen without the second coming of Christ, which is ushered in by the restoration of the Jewish people to their historic homeland. Christian Zionists often manifest philo-Semitism, but it would be ignorant to ignore the remnants of the theology of default dispensationalism that treats the Jewish people as utilitarian subjects in the story of prophetic eschatological fulfillment.

Acknowledged by Hummel, one would be remiss to not consider how the unilateral and uncritical support of the State of Israel by U.S. Christian Zionists contributes to the ongoing occupation of the Palestinian people. Christian Zionist churches and groups send missions funds to Israeli settlements to build playgrounds and swimming pools as a part of their “covenantal solidarity.” The unbridled support of the occupation of the Palestinians not only perpetrates continued human rights abuses against children and Palestinian residents but ultimately is also not in the best long-term interests of the State of Israel, which Christian Zionists have vowed to so ardently protect.

Rev. Dr. Mae Elise Cannon is an ordained evangelical pastor and executive director of Churches for Middle East Peace (CMEP). She is the author of the award-winning Social Justice Handbook: Small Steps for a Better World and several other books.