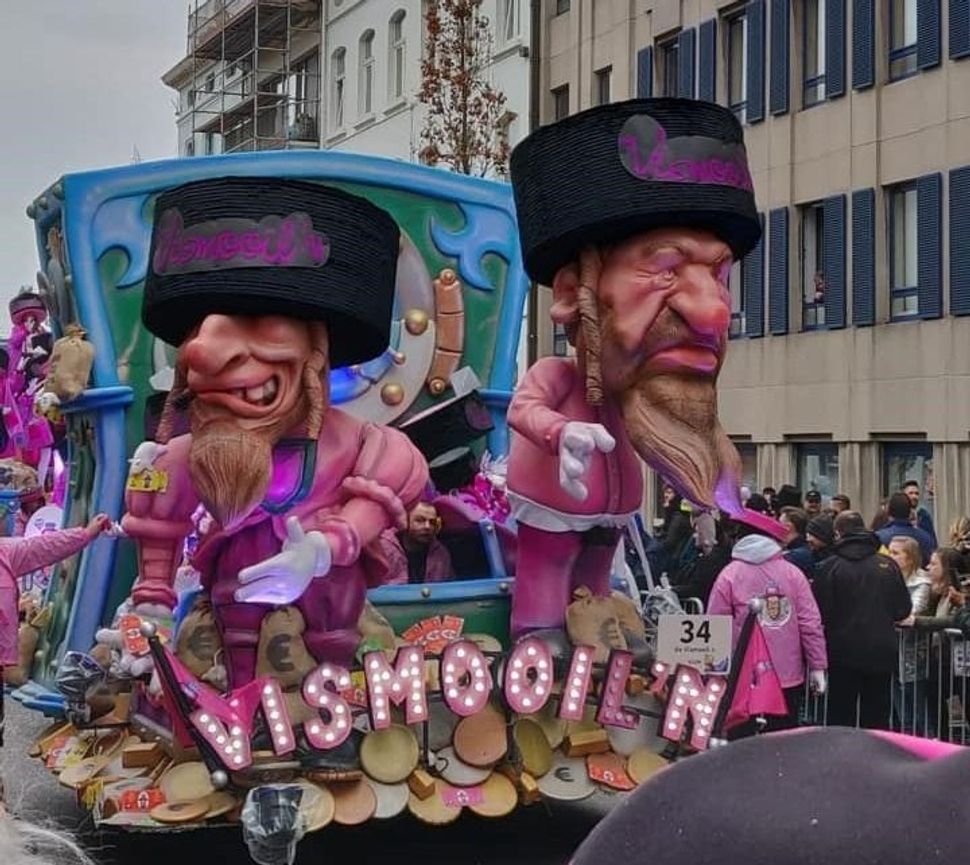 Following months of outrage over an anti-Semitic float included in a popular Belgian carnival, UNESCO has severed ties with the festival, which the cultural arm of the U.N. added to its Intangible Cultural Heritage list in 2010.

In March, the Aalst Carnival included a parade float featuring Jews with hooked noses and side-curls perched atop piles of money, drawing complaints by Belgian Jewish groups and international attention. UNESCO officials determined that there was a “recurrance of racist and anti-Semitic representations” at the festival, according to CNN.

On December 14, UNESCO ruled that the festival is incompatible with its international mission. Prior to Friday’s removal of the Aalst Carnival from the Intangible Cultural Heritage list, Aalst’s mayor, Christopher D’Haese, claimed that his city didn’t want the UNESCO imprimatur, following earlier criticisms made by the organization over the anti-Semitic float.

“Citizens of Aalst are done with the preposterous insults,” D’Haese told CNN in a statement, referring to earlier criticism from UNESCO regarding the float. “Therefore we take the most honorable way out and we no longer seek UNESCO recognition for Aalst Carnival.”

Speaking with The New York Times, D’Haese said “We are on a very dangerous slippery slope when people will be able to decide what can be laughed at.”

While UNESCO will no longer recognize the festival, which, according to CNN, has historically also employed blackface, UNESCO’s Assistant Director General for Culture Ernesto Ottone said it wouldn’t get in the city’s way.

“They can continue to do the festival. We are not opposing that” Ottone told The Times. “What we don’t want is the brand of UNESCO on a festival that for (some) [sic] may be humor, but for us is mockery of some communities.”