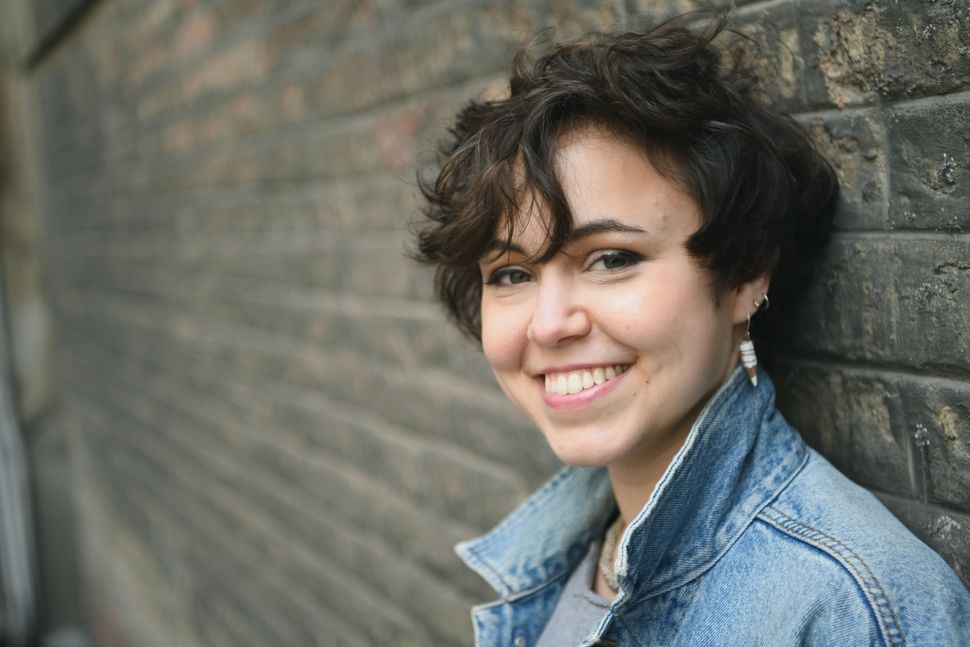 Anna Goldenberg, author of ‘I Belong to Vienna.’ Image by Paul Zsolnay Verlag

I Belong to Vienna: A Jewish Family’s Story of Exile and Return

Burdened by the legacy of trauma, children of Holocaust survivors such as Eva Hoffman, Thane Rosenbaum and Art Spiegelman face the challenge of penetrating their parents’ obdurate silence. But writers of the third generation, including Jonathan Safran Foer, Nicole Krauss and Daniel Mendelsohn, grope their way toward a distant horror they can never fully comprehend. In her 2002 memoir “Bashert: A Granddaughter’s Holocaust Quest, Andrea Simon – for whom “The Holocaust is one big empty hole” – tries to understand her Grandma Masha’s ineffably horrific experiences in Belarus but asks: “Who am I to write about a life I know nothing about?”

Similar questions haunt “I Belong to Vienna: A Jewish Family’s Story of Exile and Return,” Anna Goldenberg’s absorbing account of her quest to learn how her grandparents survived the Shoah. Why, after spending a year as visiting physicians in Poughkeepsie, New York, did Hansi and Helga Feldner-Bustin, return to Vienna in 1956, barely a decade after a city once vibrant with more than 200,000 Jews was left with 5,000? And why, after studying at Cambridge and Columbia and working for The Forward in New York, did Goldenberg herself return to a city that she would never have been born in – in 1989 – if it had succeeded in murdering her grandparents? After the slaughter of 65,000 Austrian Jews, what Jew would want to live in Vienna?

What distinguishes Goldenberg’s book from much of the vast library of Holocaust literature is its distance from the campaign to exterminate European Jewry. It is the story of a young woman’s attempt to make sense of history more than it is a direct evocation of the roundups, cattle cars, and gas chambers. Goldenberg relies on official documents, letters, journal entries, interviews, and on-site visits to piece together the separate stories of her grandfather and grandmother, who met and married after the war. Born in 1929, Grandma Helga was still alive and generally eager to talk, and, though he died in 1996, her husband Hansi left behind a diary.

Along with her mother Hertha and younger sister Liese, Helga was sent to Theresienstadt. Her father had been interned in Italy and then deported to Auschwitz, from which he would emerge alive but broken. Theresienstadt functioned as a transit camp for Auschwitz, but Helga was spared that inferno via the intervention of Hertha’s Christian father, a retired lieutenant colonel in the Austro-Hungarian Imperial Army, as well as timely actions by Hertha herself. During a tour of what is left of Theresienstadt in the company of Helga and Liese, Goldenberg senses the misery and terror of their detention.

Grandpa Hansi’s experience was quite different. In 1938, the furniture store that his father owned was Aryanized, and one of Goldenberg’s most sobering discoveries is a cache of documents in which an official inventories Jewish property and discusses the process of appropriating it. Though his parents and younger brother were ensnared in the genocide, Hansi, 13, managed to fend for himself. Concealing his yellow star, he scavenged for food and shelter until a Gentile physician named Josef Feldner, whom he called “Pepi,” offered refuge in his apartment. Pepi would eventually legally adopt Hansi, but throughout the war he offered the boy a home and a friend. Nevertheless, Hansi, who did not lack for chutzpah, ventured freely throughout the city, and even showed up for every performance of the Vienna State Opera.

After their marriage, Hansi and Helga both earned medical degrees. They enjoyed their stay in New York but were uncomfortable with American social inequities and the English language. However, Goldenberg seems convinced that they moved back to Vienna in order to be with Pepi. She attributes her own repatriation to her loneliness in New York and her longing for the convivial family dinners she grew up with. However, the homing instinct, particularly among a people historically dispersed, can be powerful. It led 200 displaced Polish Jews to return to Kielce, where 42 of them were murdered in a pogrom in 1946.

In stark contrast to her grandparents, Goldenberg has been coddled. “Throughout my life,” she writes, “my every need – and, oftentimes, my every want – has always been satisfied.” A project of transgenerational empathy, her investigation of her grandparents’ ordeals omits almost any mention of her parents. She honed her approach in a workshop she attended “for grandchilden of Holocaust survivors to learn how to present their grandparents’ stories to school classes.” But, though the sessions took place in Manhattan and presumably in English, she wrote her book in German and entrusted its English translation to someone else. Alta L. Price’s smooth rendition will leave Americans fascinated by the cruelty and loyalty born in the city of Sigmund Freud, Gustav Mahler, and Anna Goldenberg.

Steven G. Kellman is the author of “The Restless Ilan Stavans: Outsider on the Inside” (Pittsburgh) and “Nimble Tongues: Studies in Literary Translingualism” (Purdue).