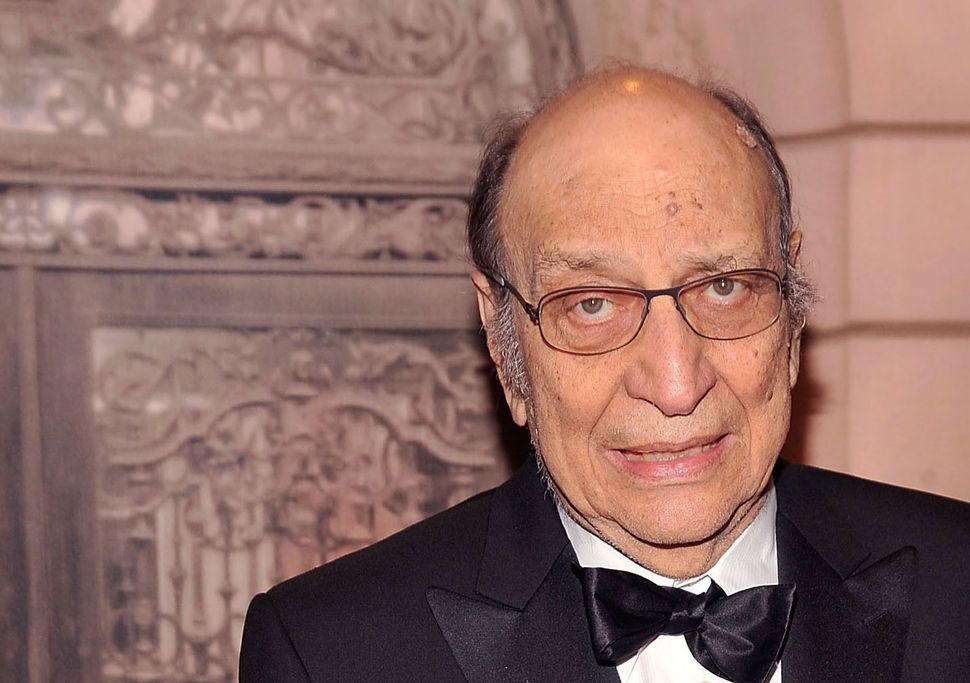 If you’ve ever lived in New York City — or set foot in it, or talked to someone about it, or watched one of the approximately three billion films about it — you know it has a complicated relationship with its past.

On the one hand, there’s a sort of maniacal drive to the future about the place: Each new spindly, angular skyscraper that crops up in midtown speaks to a desire, at least among the city’s elite, for change, now.

On the other, there’s a perpetual sense of longing for the past: The time before the corporations moved in and every street corner became a Duane Reade; before generations of gentrification and stop-and-frisk policing stripped whole swaths of the city of life and liveliness; when your peers on the subway — when we rode the subway — had newspapers in their hands, not smartphones.

Of all the artists the city has produced, perhaps none understood that dichotomy better than Milton Glaser, the renowned graphic designer who passed away late last week on his 91st birthday. Glaser, born to Hungarian-Jewish parents in the Bronx, is best known for inventing the ubiquitous slogan “I ♥ NY,” which he debuted in 1977 as part of a tourism campaign for New York State, and which has defined, annoyed and enraptured the city ever since.

But to say that Glaser — whose work included book covers for the works of Shakespeare and Philip Roth, the design of New York Magazine, the World Health Organization’s AIDS campaign and the relatively restrained pre-presidential Trump Vodka — was best known for any one thing is to underestimate his impact on the aesthetic world. With a mercurial style that ranged from the psychedelic fluidity of his famous 1966 Bob Dylan poster to the unstuffy steadfastness of the logo for Barron’s magazine, Glaser gave the confused energies of post-war America a visual outlet. It was a time alternately of radicalism and deep-rooted traditionalism; a time when Puritan values of simplicity and and honesty clashed with a growing interest in wild luxury; a time when America’s marginalized groups, especially Black people and queer people, rose up and began visibly, systematically demanding changes to the status quo, and the status quo, for a long time, did its best to ignore them.

Glaser’s work reflected and clarified those currents, most meaningfully in his hometown. He captured the city’s turn to carefully commercialized hipness in his logo for Bread Alone, the bakery’s name spelled out in a font loopy enough to be down-to-earth, but clean enough to be highly marketable. He crafted a stylish but pointedly bland icon to advertise the sanitized hopefulness of the annual Celebrate Israel Parade. For “A Gentile’s Guide to Jewish Food,” a 1968 issue of New York Magazine, he designed a technicolor cover showcasing an alarmed-looking whole fish sandwiched between the two halves of a bagel, a light, playful jab at a city that loved to tout its Jewish heritage, and could be simultaneously skittish about that heritage’s more messy details.

But his approach to the city went far beyond play. He used his love for it to exhume and reframe its flaws, in ways that were disarmingly affectionate, even as they were challenging. Consider two of his posters: one for Lincoln Center’s 1983 Mostly Mozart festival, and one for a 1988 concert, also at Lincoln Center, honoring the jazz great Louis Armstrong.

The first, clearly modeled on Andy Warhol’s silkscreens, features a three-by-three grid of rectangular frames, each one centered on a boisterously-colored silhouette of the titular composer. While seven of the nine profiles look nearly indistinguishable from one another, it’s clear that Mozart is moving through them; the green, hilly landscape behind him shifts from frame to frame. But the poster’s real interest comes with the central frame, and the one immediately to its right. In the first, the composer’s head tilts slightly back, and his lips part; in the next, he and his background have become a sharp-angled blur, as if not only his body but also his clothes and the world around him are dissolving. He’s sneezing.

Feeling nostalgic? Meet Lorin Maazel, the 9-year-old musical prodigy who conducted an orchestra at the 1939 World’s Fair, and browse other old Forward photos via Urban Archive.

Now look at the Armstrong poster. There’s Louis figured in pastels, his dark skin reflecting bright rectangles of many-colored lights that bleed onto the muted background behind him, the space where his eyes should be occupied by empty, neat hollows. In 1988, Armstrong had been dead for 17 years. The empty sockets might be a surprisingly literal — and macabre — nod at his mortality, or a suggestion that the music is in some essential way empty without the man, or a nod at Armstrong’s song “Ochi Chernyie (Dark Eyes),” an exuberant adaptation of a Russian folk song about the seductive power of a black-eyed beloved.

Or they might signify something else entirely. The Mozart and Armstrong posters are, stylistically, almost entirely discrete from one another. The first looks like it could be wall art in a Beatles film — in fact, Glaser helped pioneer the “Yellow Submarine” aesthetic that the band popularized — and the second like an inverted cousin of Kerry James Marshall’s famous 1980 painting “A Portrait of the Artist as a Shadow of His Former Self,” in which a Black man fades into his black background, his only distinguishable features the cartoonishly stark whites of his eyes and bared teeth.

But thematically, the posters have surprising commonalities. Both subvert the famed figures they depict, as well as, more importantly, the audience drawn to those figures. In the Mozart poster, that subversion is the sneeze, a reminder that elevated artists have ludicrous bodies, just like the rest of us. That sneeze returns Mozart to earth, lovingly piercing the lofty illusions of audiences who tend to consciously or unconsciously laud themselves for their high taste. In the Armstrong poster, the subversion, more complicated, is in the eyes. One of Armstrong’s great gifts as an artist was his accessibility: His music seemed to invite listeners into his living room, no matter who they were, and offer a laugh, or a cry, or a dance. In Glaser’s vision, those haunted should-be eyes suggest some of what that accessibility might have been keeping carefully veiled: Armstrong’s profound grief over the state of racism in the United States, perhaps, or his piercing understanding of the ways in which white elites tried to use his art to shield the culture over which they presided from critique.

Where the Mozart poster pokes fun at those elites for their enthrallment with their own status, the Armstrong poster asks them, obliquely, to reckon with what that status has reaped. It’s an unspoken question closely informed by history. Lincoln Center was built on land that Robert Moses converted from a thriving, diverse working-class neighborhood to a haven for art for the upper classes. What does it mean, the poster asks, for those classes to celebrate the work of Louis Armstrong, whose advocacy for integration caused the FBI to keep a file on him, on land that told part of the story of the city’s turn away from diversity?

See, the logo so often held up as Milton Glaser’s greatest work spoke the truth about his creator: He did love New York. But his love wasn’t an endpoint. It was a means for him to insert himself in and change the city, the complexities of which he understood with rare clarity. It was eternally obsessed with a rigid and exclusive social order, and a great fomenter of movements for change; it prided itself on liberalism and acceptance, and carefully, cruelly curated exactly what that could look like. Because Glaser loved New York, he saw through it. And he helped us see through it, with love, as well.