Jonathan Swan is the meme hero we need right now 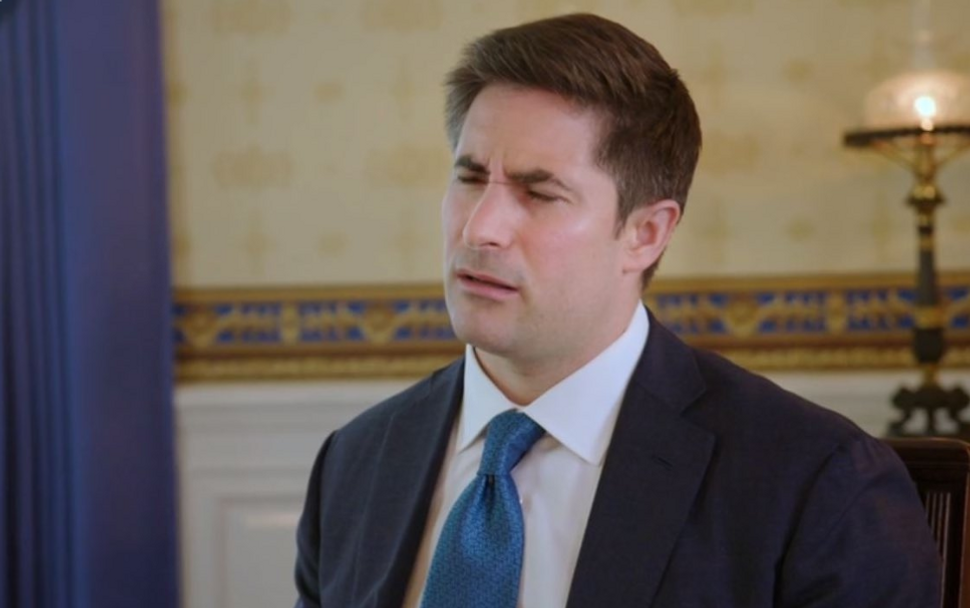 The 40-minute conversation exposed the president’s dismissiveness of pandemic-related deaths, his unwillingness to praise critics like the late John Lewis and his remarkable lack of concern over Russia’s reported aid to Taliban soldiers. But for the internet, the biggest takeaway was Swan’s face. A meme was born.

In the interview, Swan’s boyish visage shifted from bemusement, amusement and abject confusion over the president’s claims of success and unfair treatment by the media. One stand-out expression that exploded on Twitter came after Trump handed Swan graphs showing that the United States was “lower than the world” in terms of death in proportion to cases of coronavirus to debunk Swan’s statement that America had a record-setting number of fatalitie.

Swan, who insisted he was referring to the U.S.’s record of deaths proportional to population, was told he “can’t do that” by the president. Swan furrowed his brow; his mask of utter befuddlement perfectly encapsulated many viewers’ reactions to the interview and, in a macro sense, the world of 2020 writ large.

I feel that Jonathan Swan’s “what the fuck are you even TALKING about” face has meme potential pic.twitter.com/HiZpGP4cf7

Jonathan Swan has given us a gift.

The image below is of Jonathan Swan from his interview with the president staring confusedly at a piece of paper. The meme captions read:

TOP: Why did Trump hand me a copy of his cognitive test?

Swan, an Aussie with a friendly mien and strong Nice Jewish Boy energy — and a physician father who has been guiding Australia through the pandemic — also prompted some more baroque, multi-panel memes using juxtaposing his reactions against different bizarre images imposed onto the piece of paper Trump offered him.

This last format, sure to be a flash in the pan given the news cycle, recalls the “Social Network” meme in which Jesse Eisenberg, as Mark Zuckerberg, receives a note and scrunches his face in consternation.

But, whatever the meme’s longevity, Swan, with his WTF mugs and willingness to challenge Trump is now the standard bearer for many confused Americans. Today, we are all Jonathan Swan.

Jonathan Swan is the meme hero we need right now