Why did The Guardian say Ruth Bader Ginsburg ‘abandoned’ her faith? 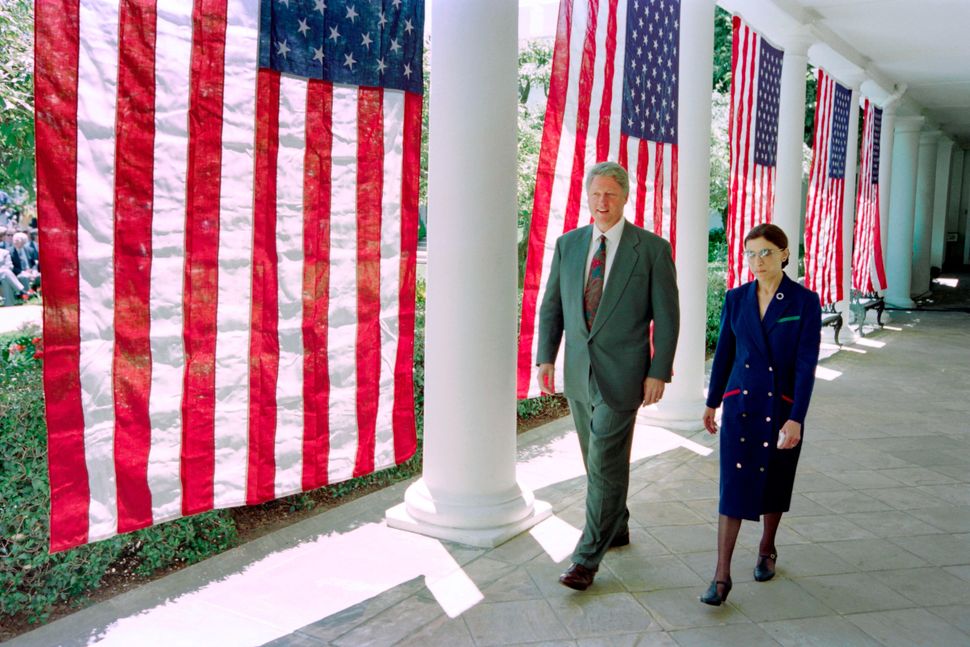 In the wake of Ruth Bader Ginsburg’s death, obituaries across the country lauded the jurist for her contributions to America’s judiciary system and civic life.

But one contained a claim about Ginsburg’s personal life that left some Jews puzzled, and others outraged.

The Guardian’s September 18 obituary initially declared that the justice had “abandoned her religion” at the age of 17, when she was not allowed to join a minyan to say Kaddish for her mother because she was a woman. The moment was, in fact, a pivotal one in Ginsburg’s life, and could be read as an origin story for her feminism. But it was by no means the end to her connection with her faith and culture.

Many viewed the phrase as careless and insulting — not to mention fundamentally false.

So uh, The Guardian’s still-uncorrected obituary for Ruth Bader Ginsburg repeatedly claims that she “abandoned her religion,” which you can only write if you know less than nothing about RBG, Judaism, and American Jewry. How is this still up?!https://t.co/4LcYlZvner pic.twitter.com/KiWH7Vb3R5

weird…not sure why RBG would’ve showed up to my synagogue on most High Holidays if she “abandoned her religion” ?

Can people stop making assumptions about Judaism that are just blatantly wrong? https://t.co/O0nEXfb6xU

“I think you can’t separate out that Jewish DNA in Justice Ginsburg,” said Abigail Pogrebin, who spoke with Ginsburg about her disappointment with Conservative Judaism following her mother’s death for her book “Stars of David” (2005). “Her orientation was very much toward the person struggling — reminding us to look at the person struggling and lift up the one who is excluded.”

But while The Guardian’s gaffe stood out in the sea of Ginsburg obituaries for its unusual view of her attachment to Judaism, it also represented a larger flaw in how Jews and Jewishness are often perceived in the media.

“People treat Judaism, sometimes, often, as if it’s only a religion, when it’s obviously so much more,” said Eric Alterman, professor of English at Brooklyn College, CUNY, and a media columnist for The Nation. “Most signaling about Judaism is wrong, because being a non-Orthodox Jew in America is a very complicated matter. There’s lots of ways to do it.”

By the over-stringent standards The Guardian was using, Alterman said, Philip Roth wouldn’t be considered Jewish.

On September 22, four days after posting the obituary, The Guardian adjusted the article’s language to state that Ginsburg “moved away from strict religious observance after she was not allowed to join a minyan” and although she was “indignant at that exclusion, she nevertheless remained deeply committed to her Jewish identity.” The correction read that the changes were made to “clarify that while Ruth Bader Ginsburg moved away from strict religious observance at 17, her Jewish identity remained important throughout her life.”

In addition to than the now-changed “abandonment” line, Alterman was struck by The Guardian’s claim that President Bill Clinton had appointed Ginsburg as a diversity hire. “Ginsburg’s Jewish religion, which she had given up 46 years earlier, may have mattered more than a lifetime of commitment to women’s equality before the law,” the obituary originally stated, an idea Alterman called “insane.” But while The Guardian slightly adjusted the wording of that claim to reflect Ginsburg’s commitment to Judaism, the updated obituary holds firm by the original argument.

The Guardian gave no source for the claim. But whether or not Ginsburg’s background figured into her appointment, it doubtless affected her life.

The main thing the obituary — like so much journalism about American Jews — failed to grasp, Alterman said, was that Ginsburg’s approach to Judaism mirrored that of the bulk of American Jewry, the majority of whom see themselves as Jewish in ways that are not simply a matter of faith. In that way, she may mean more to many than a more devout figure would.

“She’s a special kind of hero to Jews,” Alterman said, referencing a painting of Ginsburg blowing the shofar that he saw online. “She represents an ideal of Jewishness that American Jews admire and they aspire to, and it’s not about davening, it’s about manifesting what people think of as the shorthand of Judaism which is, ‘love your neighbor as yourself.’”

Why did The Guardian say Ruth Bader Ginsburg ‘abandoned’ her faith?