Meet the last surviving Jewish member of ‘The Chicago 7’ 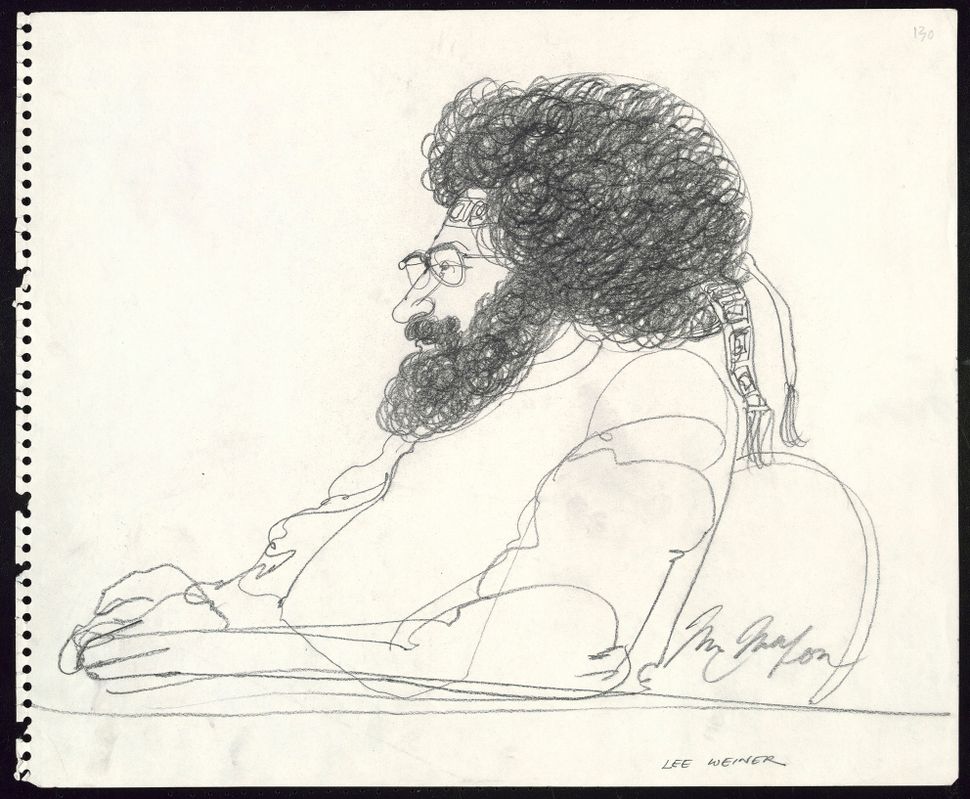 At 81, Lee Weiner, the last surviving Jewish defendant among the Chicago Seven, published a memoir, “Conspiracy To Riot” before the October 16 release of the Netflix film “Trial of the Chicago 7” written and directed by Aaron Sorkin and starring Sacha Baron Cohen.

Over a half-century ago, Weiner, a Chicago native, was charged with “conspiring to use interstate commerce with intent to incite a riot” and “teaching demonstrators how to construct incendiary devices that would be used in civil disturbances” at the 1968 Democratic National Convention, but was eventually acquitted.

Among his later jobs were with the The Anti-Defamation League (ADL) in New York and the AmeriCares Foundation in Stamford, Connecticut, and he campaigned for the rights of Soviet Jewry.

Recently, The Forward’s Benjamin Ivry spoke with Weiner from his home on Florida’s Gulf Coast about past and ongoing challenges for American Jewish activists.

The Forward: “Conspiracy to Riot” tells of the “stubborn strength and perseverance” of your Russian Jewish ancestors. You say that your great-grandmother Esther traveled from her shtetl to America to find her husband who had vanished to the South Side of Chicago, where he lived with a new companion; Esther threw her rival “out a second-story window.” What happened then?

Lee Weiner: The family history is mute on this question. All I know is the family history as it was passed down. After my grand-grandmother threw this lady out the window, she and my great-grandfather had more children. They kissed and made up. 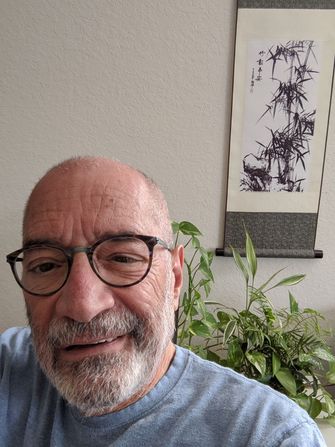 A Revolutionary at 81: Lee Weiner, author of “Conspiracy To Riot” Image by Belt Publishing

Your father, who had an Ashkenazi father and Sephardic mother, told you about “different ways of being Jewish” which included the Purple Gang in Detroit, a mob of mostly Jewish bootleggers and hijackers, as well as Louis Lepke’s Murder Incorporated. Was the message implicit that there can be Yiddishkeit in being a scofflaw?

(laughs) I think my father was busy trying to teach me what was real in the world and how the world was involved with people who were organized to achieve their monetary goals in ways that were not perhaps entirely proper.

Your father also recounted the stories of prominent “mobbed up Jews” in Chicago politics and public life, including the Congressman Sid Yates and state senator Marshall Korshak. Was the lesson here about the importance of influential friends and connections who can help get things done?

For sure, in Chicago, being connected in some ways to other people was essential. You couldn’t accomplish anything alone. My father was proud in some ways of his knowledge and sense of the relevancy of people’s backgrounds.

Your mother, by contrast, had family ties and friendships with leftists who exemplified “completely reasonable ways of being a Jew” by social activism in the tradition of Studs Terkel, among others. Your mother’s friend Eddie Goldberg advised you that it was best to speak to a crowd from atop a car because you were visible and could see if police were approaching, with a means of escape instantly available. Protest lore was passed along by Jews from the 1930s to the 1960s, but is 1960s experience still relevant in 2020?

You don’t need to stand on a car any more, although even today, in some situations, standing on a car is not the worst idea. But it’s not necessarily that kind of tactic that carries over from generation to generation. It’s that politics is not just about power and money; it’s a way you express your best self. It’s about real life.

In early 1962, your grandfather sent you to study at the Hebrew University of Jerusalem where you met fellow defendant Jerry Rubin. Rubin later introduced you to Abbie Hoffman, and you developed ideas about Revolutionary Jewish Nationalism with, among others, Wolfe Lowenthal, who would become an unindicted co-conspirator in the trial. Did you ever consider that you might be prosecuted for activism?

[Through the early 60s,] I was being arrested somewhere south of a dozen times. So what? We didn’t have demonstrations and throw rats and roaches in the reflecting pool outside the Picasso sculpture in the Loop without expecting to be arrested. It went with the territory and was part of our work.

After you were indicted for leaving the makings of Molotov cocktails in your car, the trial experience was clearly different for the three Jewish defendants than for Bobby Seale, cofounder of the Black Panther Party, originally indicted with your group as part of the Chicago Eight, but then tried separately. Was there any feeling of white privilege in the courtroom?

Bobby was in jail and not able to participate as effectively and regularly in the speaking we were doing around the country three or four times a week or in the meetings with lawyers. Was there a notion of what is now reasonably considered as white privilege? Everyone sitting around the table had spent time and risk putting forward the Civil Rights agenda. It was in our bones. Was there a difference? Sure. Were there differences between us? Yes. Were we totally allied with one another? That’s absolutely true.

The director Nicholas Ray provided Groucho Marx’s phone number to Abbie Hoffman, who wanted Groucho to testify at the trial about satire. Why were you chosen to make the phone call to Groucho?

We were completely stoned and it seemed like a perfect idea for me to make the call. I was lucky. I reached him directly. I recognized his voice. He knew immediately who I was. There’s no question it was a really smart idea. We thought – Abs, Jerry and I thought – it would be great to get Groucho Marx on the stand. But Tom [Hayden] and Ren[nie Davis] were more enthusiastic about getting former attorney general Ramsey Clark to testify.

The May/June 2000 issue of American Heritage Magazine called Abbie Hoffman and Jerry Rubin the “most overrated” Sixties counterculture heroes, blaming them for not having a “plan on how to lead a generation of kids into a new America.” Given what they were up against, isn’t it basically unfair to trash Hoffman and Rubin at this distance, blaming them because their lives did not turn out as they might have wished?

I think ‘basically unfair’ would be a fair judgment. None of the defendants sitting around the table were saints. For a brief period of time, we were heroes, but we were not saints. Criticizing Abs and Jerry because they did not have a plan for the day after the revolution is stupid.

In October 1994, you told The New York Times that if you had the chance to do it all again, you’d “do it better.”

I’ve never stopped trying to do it. God knows I’ve certainly fallen away many times. That’s my weakness, but it has nothing to do with my political aspirations. None of us are always our best selves. I want to have a revolution in the United States, and destroy capitalism. I want people to be freer. I want oppression of gender and other things by the government to stop. I want America to be better. How’s that?

Meet the last surviving Jewish member of ‘The Chicago 7’