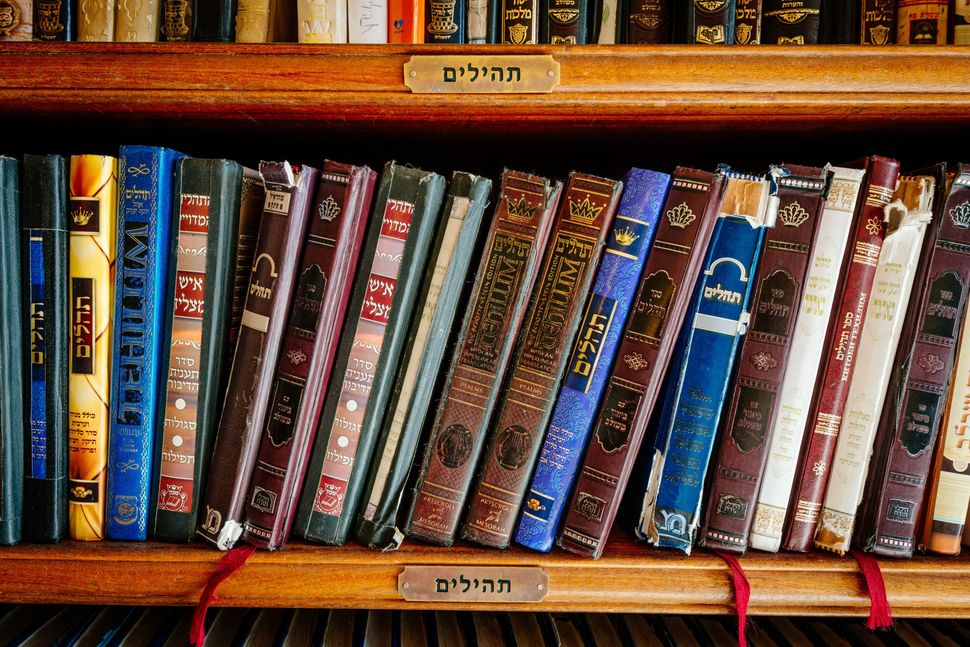 What might now be called “the old Jewish canon” would consist of the Tanakh, Mishnah, and Gemara, as well as a few other widely studied texts such as “The Guide for the Perplexed” and Shulchan Aruch. By contrast, in 2000, when Ruth Wisse conceived “The Modern Jewish Canon,” it comprised the literary work of exclusively secular figures such as Aharon Appelfeld, Isaac Babel, Franz Kafka, Philip Roth, and Isaac Bashevis Singer.

In “The New Jewish Canon,” Yehuda Kurtzer and Claire E. Sufrin prefer to canonize issues rather than texts, assembling brief statements by recent Jewish thinkers on a variety of contestable topics, especially Israel, the Holocaust and Halakhah. Since this is a Jewish project, each statement is naturally followed by at least one midrash, a commentary that is usually longer than the piece it is responding to. Without taking sides themselves, Kurtzer and Sufrin offer their anthology as a source book for gaining a fix on the flux of contemporary Jewish thought. Omitting voices from Argentina, Britain, France, South Africa, and other imperiled parts of the Diaspora, their volume presents Israel and the United States as the twin poles of contemporary Jewry.

Zionism provides one of the sharpest points of contention. Israeli novelist A.B. Yehoshua insists that it is impossible to lead an authentic Jewish life in the Diaspora. However, to Aharon Barak’s vision of Israel as a bastion of human rights and democracy, and Aviezer Ravitzky’s claim that “The establishment of the State of Israel and the reclaiming of the Land of Israel thus stand at the very heart of a decisively messianic process,” the editors juxtapose Judith Butler’s attack on the legitimacy of the Jewish state and her call for boycott, divestment, and sanctions. Both Benny Morris and Ari Shavit report on atrocities committed by Israeli Jews against Palestinian Arabs, though Morris argues for why he thinks all Arabs should have been expelled from the new state in 1948 and Shavit for why the establishment of two states is the only just solution to continuing conflict.

Eli Wiesel, Deborah Lipstadt and others stress the importance of remembering the genocide of European Jewry, while David Hartman insists that “it is destructive to make the Holocaust the dominant organizing category of modern Jewish history and of our national renewal and rebirth.” And Primo Levi’s concept of “the gray zone” in which some Jews were complicit in their own destruction is a reminder that no group is unique in either suffering or causing pain. Refusing to view the Holocaust as redemptive, Ruth Wisse and Dara Horn deplore how an obsession with the Holocaust distorts and contracts Jewish history. They call for collective memory to reach back before Kristallnacht, though this volume itself does not.

An excerpt from Joseph B. Soloveitchik’s book “Halakhic Man” portrays Orthodoxy’s intricate system of mitzvot as the template for a complete, fulfilling life. Other selections offer alternative versions of what it is to be a practicing Jew. Arguing that “Peace is our most important challenge and task,” Abraham Joshua Heschel defines piety through action. Others look to new ways of being Jewish and positioning Judaism among the religions of the world.

“The Torah is not the property of one movement of another,” declares Ruth Calderon, who founded Alma, a Tel Aviv institution that educates secular Jews in Hebrew culture. Menachem Mendel Schneerson, the Lubavitcher Rebbe, notes how public displays of Jewishness “bring many Jews back to their Jewish roots,” while Rodger Kamenetz fertilizes those roots through encounters with Buddhism. Dabru Emet, a collective document, urges a new ecumenical spirit in Jewish-Christian relations. Blu Greenberg explores changing roles for women, as does Yaakov Levado for gays, even within Orthodoxy. Excerpts from innovative prayer books reflect a new sense of Jewishness as a search for personal meaning rather than institutional ties. The tenuousness of those ties is apparent in the growth of independent minyanim that Elie Kaunfer celebrates.

Amid this wealth of divergent views, the editors are loath to pick favorites. But the volume’s very heterogeneity implicitly endorses Jewish pluralism, at odds with the sectarian zealotry of, for example, Meir Kahane, whose strident denial of Palestinian rights is included. However, with a disproportionate number of pieces written by eminent theologians, the book is more interested in Judaism than Jewishness. Noticeably missing from the collection is anything by Jacques Derrida, Cynthia Ozick, or Natan Sharansky and any awareness of the revitalization of Yiddishkeit. To understand the Jewish zeitgeist from 1980-2015 would require acquaintance with “American Pastoral,” “Angels in America,” “Schindler’s List,” “Seinfeld” and “Shtisel” among other forms of cultural expression. As valuable as this collection is, the Talmud bears testimony to the fact that no single book ever suffices.