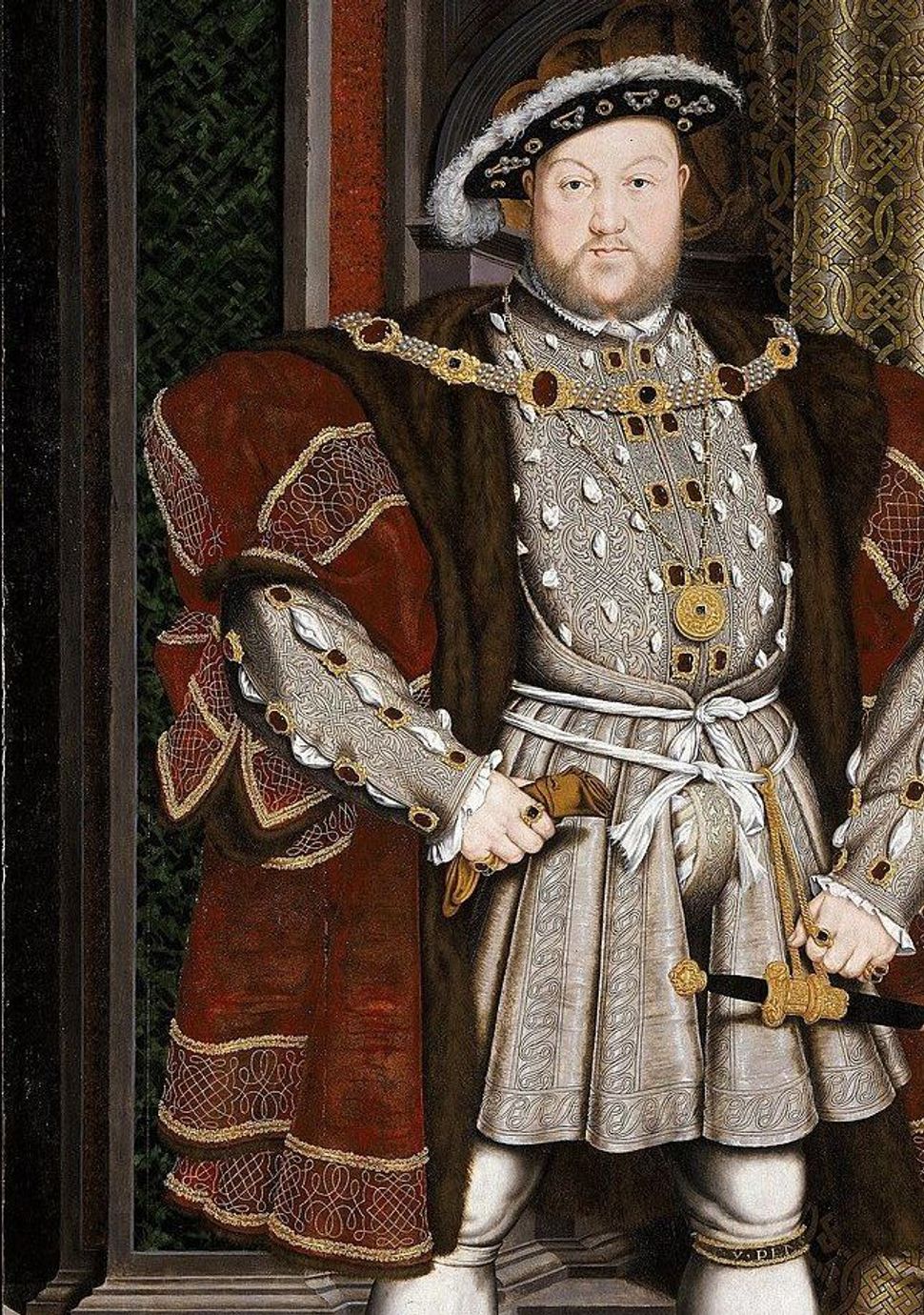 A new exhibit of Hebrew manuscripts at the British Library in London includes plenty of stuff you’d expect: Among other items, it boasts a Hebrew Bible from the 10th century and the earliest known copy of Maimonides’ “Guide to the Perplexed.”

But there’s one very surprising artifact at the exhibit, which stateside Judaica aficionados can view online: a 16th-century rabbi’s marriage advice for Henry VIII.

In 1530, the notoriously gouty monarch was trying to rid himself of his first wife, Catherine of Aragon, who had failed to give him a male heir, and marry the (theoretically) more fertile Anne Boleyn. The only problem? With Catholicism the reigning Christian denomination in Western Europe, divorce wasn’t an option. Henry needed the Pope to grant him an annulment.

So Henry did what we all do when we’re mad at our partner; he scoured Europe for a rabbi who would declare that his marriage violated God’s will.

Catherine was originally betrothed to Henry’s older brother, Arthur, and the two were married for a few months before Arthur died of the sweating sickness. Though a provision in Leviticus prohibited men from marrying their brother’s wives, the English and Spanish monarchs wanted to preserve their tenuous alliance and obtained a papal dispensation before hastily marrying Catherine off to the new heir apparent. With only one daughter to show for over 20 years of marriage, Henry and his advisors contended that his lack of sons was a testament to God’s displeasure.

When no Catholic priest was willing to back them up, they widened their clerical net to include rabbis. That’s why the year 1530 saw Henry laying bare his dysfunctional marriage in a missive to Rabbi Jacob Rafael of Modena.

(Why didn’t Henry contact a rabbi in England? There weren’t any. One of his predecessors, Edward I, had inconveniently expelled the country’s Jews in 1290.)

Unfortunately for Henry, Rafael wasn’t convinced. He countered Henry’s Leviticus argument with a passage from Deuteronomy and advised him to stick with his marriage. Of course, Henry did no such thing — he wouldn’t be the volatile autocrat we know and (don’t) love if he listened to experts.

So if you’re thankful for the literally endless stream of period dramas and Booker Prize-winning novels inspired by Henry’s protracted marital woes, you can extend your thanks to Rabbi Jacob Rafael.