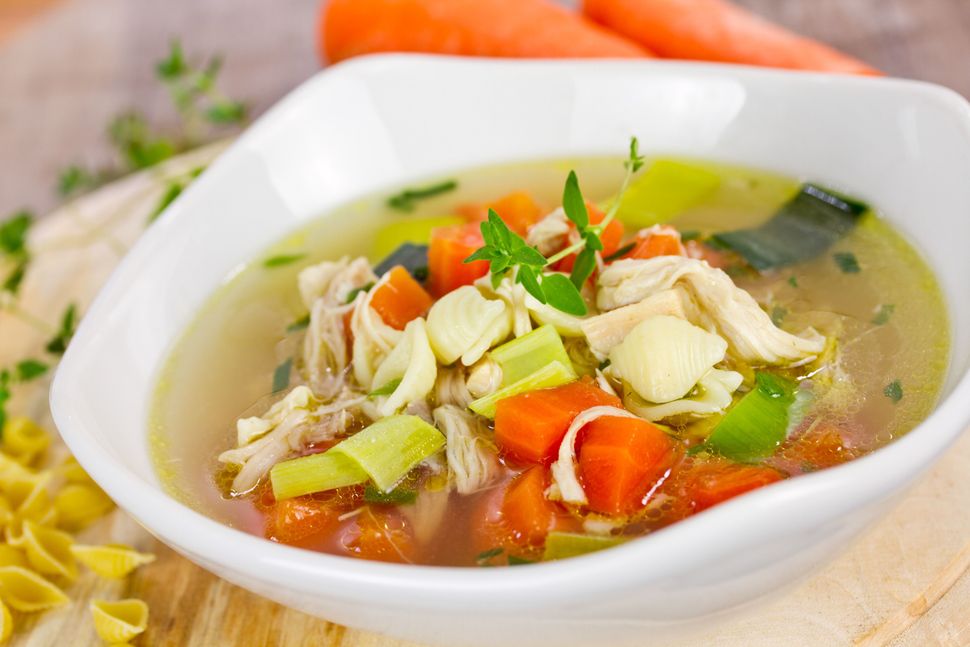 Salt Wars: The Battle Over the Biggest Killer in the American Diet

It will not surprise you in the slightest that there’s a white crystal scourge eroding the health and mental wellbeing of the nation. It might however surprise you to know that you, dear reader, almost certainly consumed too much of this dangerous substance yesterday. I’m not saying that this is how you got it, but they slip it into your chicken soup.

Whether delivered as a crystal or a powder, this white substance harms everyone, but is worst for working class and vulnerable communities. That’s one reason why the Center for Science in the Public Interest (CSPI) — along with other health and welfare groups — has, for decades, tried to bring consumption down to at least a reasonable scale, battling to limit its uncontrollable sale and consumption. This has been to little avail as the experience of consuming this substance — enshrined in many ancient cultures — is delightful and it makes everything else better.

As with many other substances, salt — for it is humble sodium chloride that is under discussion here and in Michael Jacobson’s book “Salt Wars” — is necessary in small amounts, unhealthy in larger ones. Jacobson is a co-founder and long-time Executive Director of CSPI and, among many campaigns, has fought against the heart-destroying properties of contemporary chicken soup.

Exactly where the tipping point lies between heart-warming and heart disease has been the nominal crux of this 50-year struggle. The “Wars” of the title are between commercial producers of salt and salt products on one hand, and Jacobson and his allies on the other.

I use the word “nominal” because, as Jacobson shows in copious detail, the science is absolutely clear that consuming more than 2,300 mg of salt a day begins to cause harm. That’s the “federal government’s official recommendation for healthy adults.” However, the American Heart Association suggests daily consumption of no more than 1,500 mg to avoid harm while actual contemporary consumption is considerably higher, with adults consuming more than 3,400 mg daily.

Civil service scientists have known for decades that there’s a problem. The book’s foreword is written by Tom Frieden, the former head of the Centers for Disease Control and Prevention (CDC), which belatedly tried to get the U.S. government to take meaningful action. The 1969 White House Conference on Food, Nutrition, and Health noted that “high intakes of dietary salt… may be an important factor in initiating and aggravating hypertension….” The conference further noted that “[m]ore informative labeling of food as to salt content is needed…. Food processors should be encouraged to minimize the amount of salt.”

That type of resolution has been enough for most advanced countries to take broad, effective steps to reduce national sodium consumption. Some steps involve regulation, others labelling, and in Britain Sid the Slug got out the message that “Salt Kills.” But commercial producers and related advocacy councils are clear that, in the United States, they don’t want science or government to curb their rights to produce the tastiest, cheapest, most unhealthy product they want.

Prehistoric humans ate vanishingly small amounts of sodium. Obviously that’s a slight generalization and was location dependent, but it is plausible that we love the taste of salt because we had such uncertain access to it. Even by Roman times, it was still relatively scarce and difficult to produce. By then though, salt (“salis”) had become highly-valued. It impressed itself so deep into our linguistic consciousness that two millennia later we are still using it to refer to the compensation we receive for our alienated labor — “salary.”

Modern methods of production have reduced the cost of salt drastically, meaning that where once salt was considered so special that it was used in sacred religious rites, today it is a cheap, commonplace household staple. Indeed, from the point of view of an astonished Roman senator or medieval Japanese priest transported to modern day North America, it would seem sacrilegious that nearly half of manufactured salt is just thrown away on the street. Or, viewed less anachronistically, used to sprinkle on road surfaces to deice them.

The overwhelming preponderance of the salt that’s manufactured is not used for food. But the salt we eat comes from surprising sources. Not from table salt, really. Not from crisps, chips or fries. It’s when you go to restaurants (remember them?) or eat prepared food that things get salty. One hot dog in a bun will give you half a day’s sodium — with a third of that coming from the bun. Hidden additives in pizza, bagels and other bread form the surprising salt mine of our diet.

There are few reliable salt statistics from individual restaurants, but chains have to post their ingredients. Jacobson lists 18 meals that contain multiple days’ worth of Sodium. Even, to hark back to the doughy salt mine, the Bavarian Legend Soft Pretzel sold at AMC movie theaters has on its own 3 1/3 days worth of sodium.

And chicken soup. Despite its iconic status, today’s chicken soup bears no relation to grandma’s chicken soup. The chickens have been bred cheap, fat and immobile; the corn starch and isolated soy protein come from genetically modified crops and your grandma probably didn’t have monosodium glutamate, beta carotene and sodium phosphate to sprinkle in at the end. A single 10 ¾ oz can of Campbell’s chicken noodle soup has a full day’s sodium in it.

In good news, it turns out that salt is not exclusively salt. When our physiology was evolving, we consumed roughly the same amount of potassium and sodium salts. Now we consume almost no potassium and lots of sodium, which isn’t great because studies show that, as well as reducing sodium levels, it’s also good to balance your potassium:sodium intake. So, as well as using spices other than salt, you can eat healthier by inhaling a potassium-rich banana a day and an occasional baked potato with skin.

The social, cultural and economic importance of salt is difficult to exaggerate. In his magisterial 2003 book “Salt: A World History,” Mark Kurlansky traced the cultural history of the substance. But, in a “Room for Debate” collection in The New York Times in 2013 about whether salt shakers should be on restaurant tables, he put his finger on exactly the problem of a society without community treating the problem of salt as a health risk:

“The truth is that people are all different. It is a minority who are at risk, even according the alarmist 2010 study.” (sic)

Individually, he’s right, but in the aggregate he’s wrong. Any single person in a thousand may be healthily consuming 3,600 mg of salt daily but in aggregate the consumption of 3.6 kg of salt by the group will cause hypertension, kidney damage, increased risk of dementia, stroke and heart disease. Jacobson cites government experts at the Department of Health and Human Services. They calculated that if that group reduced their salt ingestion by a third, eating only 2.4 kg of salt, and that change was reflected across the whole country, the medical savings would be $142 billion over 20 years. They went further and estimated the value of having “longer, healthier lives: $239 billion in one year and $3.556 trillion over 20 years.”

“Salt Wars” is, pun intended, a little dry. Partly that is because Jacobson has chosen to be scrupulous in his presentation of the facts for and against the limiting of salt — he has a whole chapter called “The Case Against Eating Less Salt.” And partly it is because he wants to present a scientific overview of decades of struggle to improve the health of the nation rather than broaden the argument. But it’s difficult to not to take a broader view of the topic and, in the epilogue, he notes bad faith moves by vested interests to oppose moves to avoid harming American citizens. These advocacy groups like the Center for Consumer Freedom disingenuously deploy values that many Americans despise or hold dear, like the “twin banners of ‘nanny state’ and ‘personal freedom.’”

Powerful industries aided and abetted by a handful of contrarian studies and sympathetic journalists have “manufactured doubt,” arguing that the current scientific evidence is not sufficient to prove that asbestos and cigarettes cause cancer, that lead poisoned workers and children, that the burning of fossil fuels is changing our planet’s climate, and that certain pesticides and antibiotics harmed the environment, farmworkers and the public.

Unfortunately for him, Jacobson released his book in a year where the non-management, mismanagement and repudiation of the need for the federal government to even manage a plague will leave more Americans dead than the last five American wars and the First World War put together. So, to that list, of actors we can add politicians and to the list of arguments we can add “that masks save lives” or “that preventing super-spreader events will reduce the death toll.”

The book arrives, unexpectedly for the author, as a told-you-so. After months of front-page news, we are entirely unsurprised that, when a hidden killer can be significantly managed by concerted government and public action, it is not. Indeed the CDC, a global beacon of disease management even during the Bush years, has been starved of funds, personnel and authority before and during the pandemic.

So it’s hardly surprising that, despite the clear facts, science and government in the United States haven’t been able to propose a series of actions that will reduce health costs and morbidity. Scientific studies, the example of many foreign countries, the risk of people’s lives, and the vast savings for the country in terms of healthcare spending are too invisible and too easily obfuscated by selfish-agents and studies that are relevant but not significant.

It’s gratifying that Jacobson is optimistic about developments even in the current administration. It is otherwise deeply depressing reading at a time when the president of the United States is even unprepared to wear a mask to help save American lives and when the heads of the biggest social media companies are not prepared to enforce their own standards of conduct to prevent hate groups recruiting and fundraising on their platforms.

Some progress has been made, some individuals are eating better and Jacobson outlines some concrete measures being taken. But until we fix the system we have for guaranteeing citizens healthy information, food and environment, the “most harmful substance in our food supply” will keep costing us and killing us.