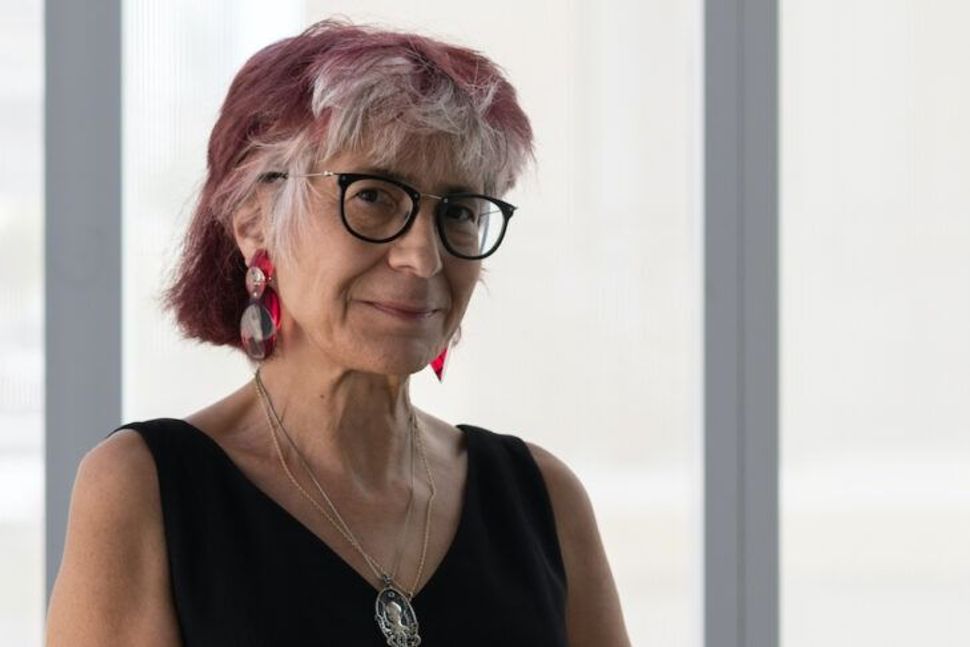 Words matter, and Lehrer, who has written a gorgeously layered and lyrical memoir, understands this very well. Her debut book, “Golem Girl: A Memoir,” encapsulates her life as it offers a fascinating social history of disability culture from the mid-20th century to the present. 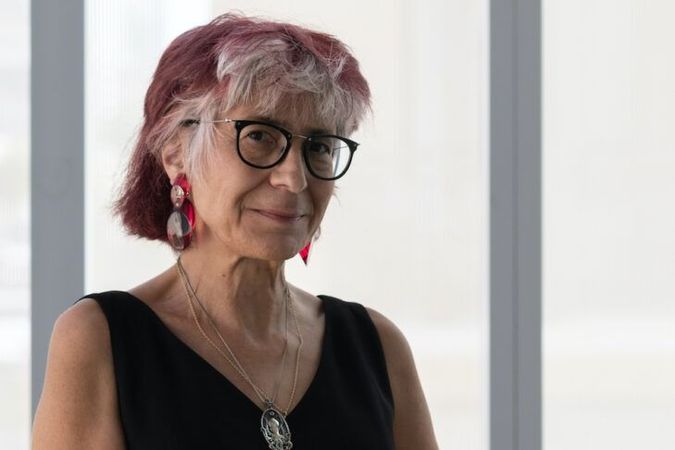 Enduring an untold number of surgeries before she was 2 years old, Lehrer has gone beyond the Frankenstein metaphor to explore the golem myth in relation to her own body. In Jewish folklore, the golem is a monster-like figure made out of clay. The prevalent golem narrative features Rabbi Judah Loew ben Bezalel, who lived in Prague during the 16th century. Legend has it that the rabbi, also known as the “Maharal of Prague,” brought the golem to life through magical incantations and Hebrew prayer to defend the Jews of Prague from pogroms.

At the beginning of her book, Lehrer makes a literary and scholarly distinction between Frankenstein and the golem. She writes: “Frankenstein’s monster was built for the glory of his maker, and for the glory of science itself. … Golems were not created for their own sake. None given purposes of their own, or futures under their control. Golems are permitted to exist only if they conform to the wishes of their masters. When a Golem determines its own purpose—let’s call it hubris—it is almost always destroyed.”

Lehrer, who was brought up in a culturally Jewish home in Cincinnati, told JewishBoston that the stories of Frankenstein and the golem “always fascinated me because there was so much terrifying surgery [in my life] and doctors who betrayed me [when I was a child]. Over the years, I learned a lot about the golem legend and its various versions. It’s paralleled through so many stories in our culture—stories of magical bodies go through almost all the world’s cultures.” 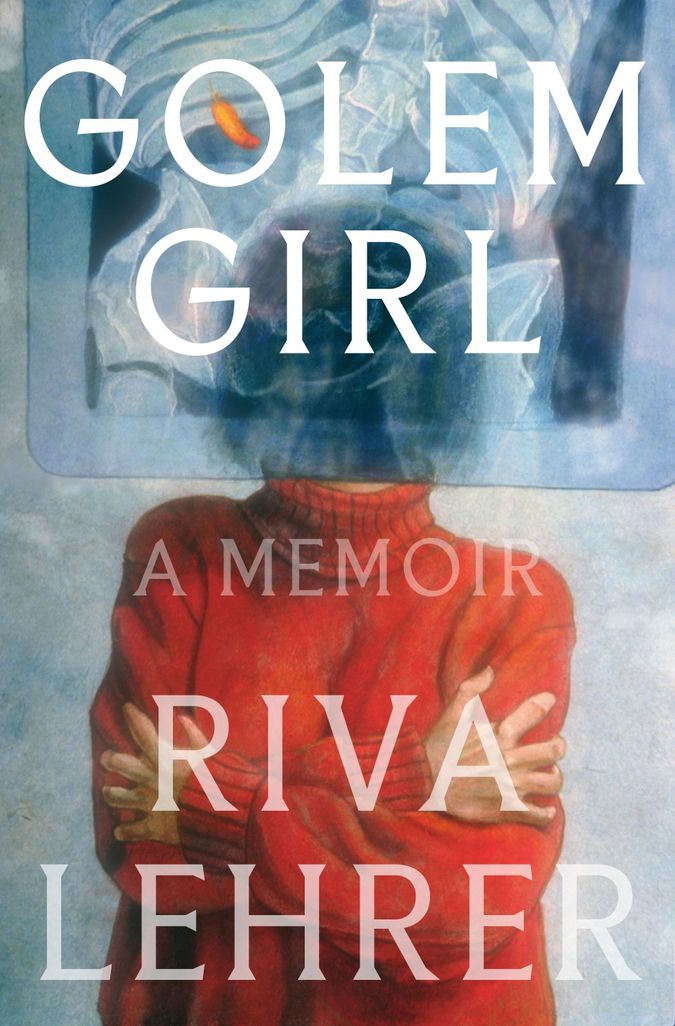 Lehrer recalls in her memoir that as a child she “was clearly informed that Judaism was for normal people.” Unlike her younger brothers and cousins, she was barred from attending Hebrew school. Having a bat mitzvah was never a consideration. The implication was that anything deemed extracurricular, whether physical or intellectual, was dangerous to young Riva’s health. “There wasn’t another disabled kid in my neighborhood, and I was the only disabled person in my family when I was a child,” she said.

Lehrer’s mother, Carole, was a fierce though not always ideal advocate for her daughter. Carole was determined not to follow the societal norms of the day and institutionalize her daughter. While Lehrer’s mother did not have much direction or support for bringing her daughter home, she was a research assistant at Cincinnati Children’s Hospital. Her medical background made her more knowledgeable than the average parent of her time. Lehrer writes, “Being my mother gave range for her ferocious intelligence.”

Instead of the neighborhood public school, Lehrer’s parents opted to send her to a school for disabled children. Lehrer has good memories of Randall J. Condon School. It often was a respite from hospital stays and was novel for Lehrer in that “it was a place where all the children were disabled, but we weren’t in the hospital. We were kids, not patients.” At Condon, Lehrer excelled in academics and began to cultivate her artistic talent. The school was a kind of Shangri-La where everyone had a disability and didn’t stand out. However, “as soon as we went home, we were alone with our impairments, and we were victims of intrusive strangers,” she said.

Lehrer attended a private girls’ high school, where she felt “other,” and then attended the University of Cincinnati, where she studied art. She blossomed in college and explored her sexuality, coming out as queer and going on to become an active member of The Collective, a group of artists in Chicago mindful of disability culture. Lehrer writes that The Collective introduced her to other artists who “spoke a shared language developed through activism, through protest marches and disability rights organizations, a universe of advocacy I knew nothing about. I didn’t even know that there was a political term for being stared at: This, I learned was called ‘aggressive ableism.’ I’d never heard that term ableism. A diagnosis for my body but for my life.”

Lehrer realized the ethos of The Collective in her work, and “Golem Girl” showcases her portraits of disabled bodies. “I hope to disrupt the usual harmful assumptions about what it means to look at someone you don’t know, much less someone who is different,” she said. “We have lots of pictures of people. Why do we need more? And so the purpose of the pictures of people becomes a question: What do you want these portraits to do in the world?” 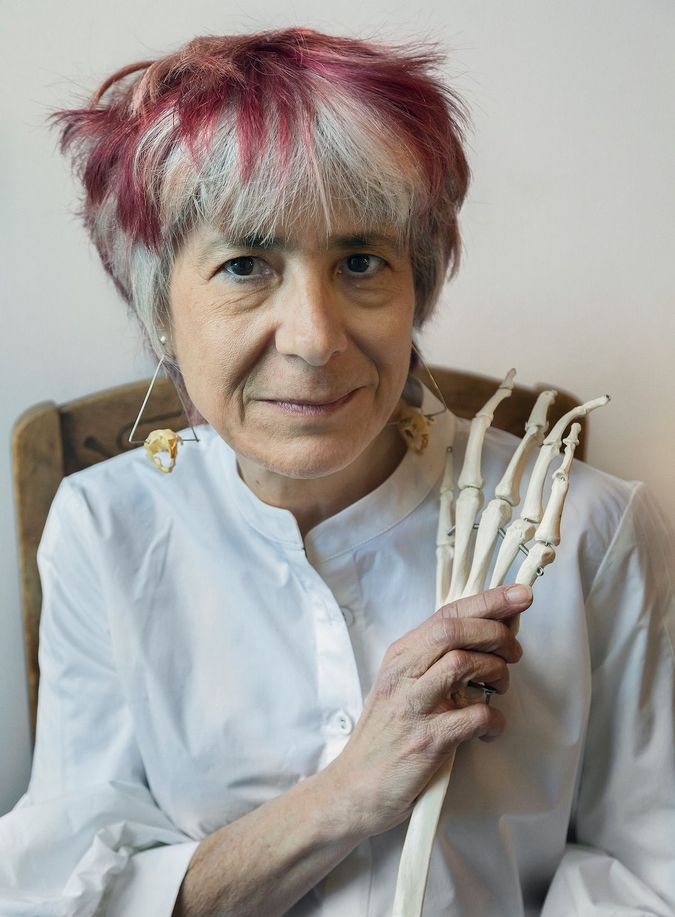 Among Lehrer’s artistic goals is to make her subjects stand out as individuals. Another goal is “to make people look at variant bodies with pleasure or openness again. I want people who deal with stigma to see themselves reflected in a way that feels true, not catastrophic.” To that end, Lehrer is aware that her studio is an intimate space in her home. She said that her process involves challenging herself about the ethics of the studio and finding ways to be as vulnerable as her subjects.

“I don’t tend to pose people facing away from me or in profile,” she said. “I tend to make it so that they can see as I’m seeing them. In the beginning, it’s a little uncomfortable for me. They’re not only watching me as a person, they’re also watching me fail at trying to make an image and making mistakes.”

Lehrer is now 62 and on the faculty at the School of the Art Institute of Chicago and the Center for Bioethics and Medical Humanities at Northwestern University. Her portraits hang in the National Portrait Gallery and in many other prominent collections. “Golem Girl” was recently honored with a National Book Critics Circle nomination in autobiography.

As Lehrer writes, “The heart of disability is imagination.” She says that a disabled person has to reinvent how they go about their life every single day. Like the golem whose forehead was carved with the Hebrew word Emet, meaning “truth,” Lehrer’s genius lies in creating her own truth in word and image.

This story was originally published on JewishBoston.com and has been reposted with permission.