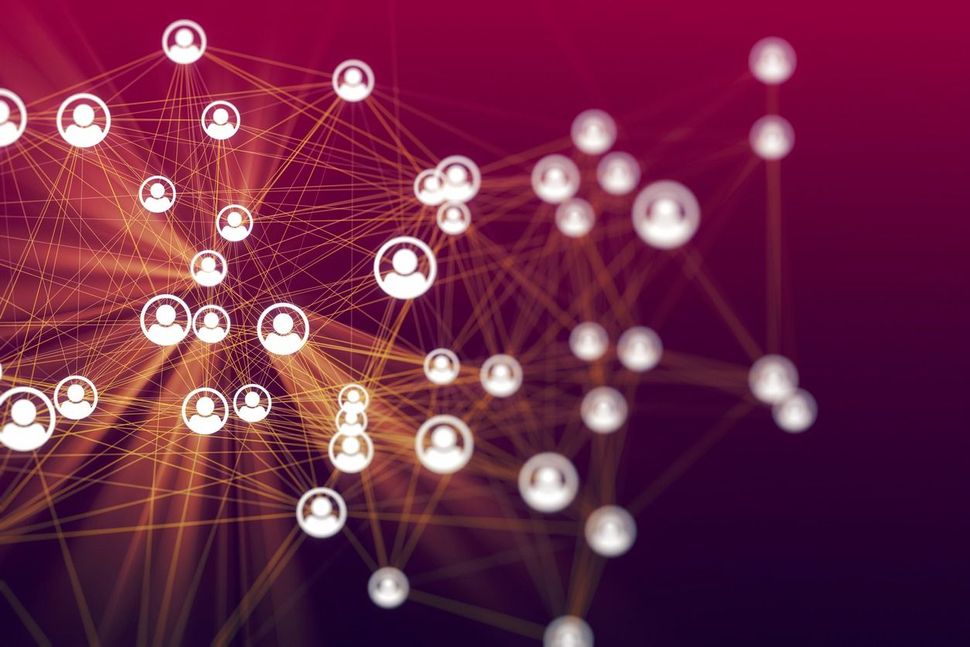 Hashtag activism isn’t known for making a long-lasting impact, but it’s certainly a way to spread news and hot takes far and wide — the hotter the take, the more viral the post. While social media’s full impact on the evolving conflict in Gaza and Jerusalem is still emerging, blaring headlines and infographics have already taken over Instagram and other social media platforms.

Sharing infographics and videos of violence may not necessarily lead to deeper engagement, but it certainly shapes public opinion. After George Floyd was murdered by former Minneapolis police officer Derek Chauvin a year ago, Instagram infographics filled my feed and continued to do so throughout the summer’s racial-justice protests, sharing the time and location of demonstrations, advocating for police reform or even just defining systemic racism. Celebrities across the spectrum hopped on the bandwagon, bringing the issue of police violence and racial justice to the forefront of the national discourse.

Now, at least outside the Middle East, the escalating Israeli-Palestinian conflict is playing out on social media, particularly for younger generations who tend to consume their news directly through apps. This is true even on platforms that do not organically deliver news, such as Instagram and TikTok, where users cannot click directly on links to articles and read the full version.

On these apps, infographics and videos are used to share updates alongside opinions, and they’re spreading fast. In my own feeds, people I have never seen post any political stance before have reposted strongly worded infographics and videos. Which voices are dominating the conversation, and how are they shaping international understanding?

A flood of raw footage

There are two main forms of content that dominate. One is raw footage and photos, posted frequently and in bulk to various accounts that track events in Israel or the West Bank and Gaza Strip (but almost never both). These posts are then shared widely by other advocacy accounts.

Generally, the accounts posting pro-Palestinian content have more followers and, based on the number of views per video, a wider reach than the pro-Israel accounts and videos by several orders of magnitude; the average video from the pro-Israel @StandWithUs has a five-figure number of views, occasionally hitting 100,000, while @eye.on.palestine’s average is in the mid-six figures.

Social media accounts advocating for Palestinian freedom were in full force around the potential evictions of six Palestinian families from their homes in the East Jerusalem neighborhood of Sheikh Jarrah leading up to an Israeli Supreme Court ruling that was expected on Monday but has been postponed for a month. #SaveSheikhJarrah has 421,000 posts on Instagram and 289.6 million views on TikTok as of publication. The hashtag began building as early as mid-March, though much of its growth has happened in the last few days — the hashtag grew by 100,000 posts between Wednesday and Thursday, and its views on TikTok went from a few million to nearly 300 million over the same period.

The pro-Israeli accounts were slower to begin their social media campaign, and were not originally trying to combat the growing #SaveSheikhJarrah narrative. Though the Israel Defense Forces has long been a savvy participant in social media, with 701,000 followers on Instagram, it only began posting about the escalating violence late Monday, when Jerusalem went under red alert because of incoming rocket fire from Gaza.

The IDF account has since posted dozens of videos of Hamas rockets falling, photos of Israeli children in bomb shelters and summaries of recent events set to foreboding music — none of which mention Sheikh Jarrah or casualties in Gaza.

StandWithUs is also widely reposted by accounts supporting Israel, and its Instagram page with 301,000 followers features dozens of videos of rockets falling and images reporting Israeli casualties and the number of rockets fired by Hamas.

With 1.6 million followers, @eye.on.palestine is one of the largest accounts posting about the spiraling violence, with dozens of videos in the last week showing shocking images of Israeli Jews attacking a mosque in Lod and bombs exploding in Gaza, most of which boast at least 100,000 likes and views. These videos are crossposted frequently to other influencer and social justice accounts, but there are no videos mentioning the Hamas rockets falling on Israeli cities.

The second format, shared just as widely as videos, are announcements and infographics, which try to boil the situation down into easily-consumed slideshows. They are designed to be shared, and often are reposted by celebrities, who tend to make a splash when they enter the conversation. Formats often become a meme, which is filled with competing sets of information in an attempt to dominate the narrative being built on social media.

Here, again, the posts and accounts critical of Israel far outweigh the pro-Israel posts in terms of both likes and followers.

The Institute for Middle East Understanding (IMEU), a pro-Palestinian group, is one of the most reposted sources for infographics, with 253,000 followers for its Instagram infographics with titles like “Private U.S. Money Funds Ethnic Cleansing in Palestine” and others that compile, curate and explain videos such as those posted by @eye.on.palestine. Defending Israel are accounts such as @the.israel.files.

One common infographic from @paliroots instructs potential supporters in the type of language to use when speaking about events around Sheikh Jarrah and East Jerusalem. Would-be activists are told to avoid using terms such as “clash,” “conflict” or “war,” and to replace them with “ethnic cleansing,” “state-sanctioned violence” and “colonialism.” The post has nearly 500,000 likes.

Other infographics, such as one made by an account called @key48return, were widely shared after being posted by popular meme account @diet_prada as well as by model Bella Hadid and actor Tracee Ellis Ross. It uses similar language to the one above, saying “there is no ‘fighting,’ there is only Israeli colonisation, ethnic cleansing, military occupation, and apartheid.” The post has 1.8 million likes on Bella Hadid’s account and 331,600 on @diet_prada’s.

Though the substance of this message would be seen by many mainstream Americans as aggressive, the tone of the meme is more educational than combative and offers to teach a curious audience historical facts.

This latter has spawned its own set of pro-Israel infographics in response, riffing on the same format with its own set of facts and history to counter the viral original. This version, made by Israeli writer Hen Mazzig, was taken down by Instagram, but later restored; it has accrued around 13,000 likes in its original version and another 10,000 when Mazzig reposted it.

As of Thursday, the IDF instagram account had also made an infographic in the same format, likely in response to the increasingly broad reach of the original. The IDF post had accrued 56,000 likes as of publication, though it had only been up for a few hours. Still, these numbers are unlikely to reach the broad spread the original managed on Bella Hadid’s profile.

Celebrities are also weighing in, spreading the information to their audiences.

Many major celebrities have publicly taken highly critical stances toward the Israeli government’s actions. In addition to Gigi and Bella Hadid, Natalie Portman, singer Dua Lipa and hip hop artist The Weeknd have also shared some of the above infographics and statements in support of Palestinians. Musician Halsey tweeted a statement condemning Israel in her own words.

On the more extreme side, Pakistani film star Veena Malik tweeted a Hitler quote and “#IronDome is doomed,” along with a laughing emoji, though the posts have now been deleted.

Meanwhile, the Israeli actress Gal Gadot has been excoriated for her statement on Twitter, where she wrote that “Israel deserves to live as a free and safe nation.” She said, “our neighbors deserve the same,” but did not use the word “Palestinian.”

Some on the platform complimented her for being a visible Israeli who wished for peace at all. Gadot eventually closed the comments on her tweet.

New York City mayoral candidate Andrew Yang also tweeted in support of Israel, leading to support from right-wing figures such as Sen. Ted Cruz, and criticism from the left — including his potential constituents in Astoria, Queens.

Meanwhile, Trevor Noah of “The Daily Show” said in a segment of the show that it is hard to place blame, given that disputes go “back and back and back, and who knows how far!” Singer Rihanna also expressed solidarity with both Israelis and Palestinians.

A push toward polarization

Important to note, however, is that none of the most broadly spreading accounts mention violence on the other side. The IDF accounts don’t mention the children killed in Gaza, nor do the popular Palestinian accounts mention the Hamas rockets raining on Tel Aviv. Given that social media puts all of its users into silos and algorithms largely determine what we see, that often means users only see perspectives they are likely to agree with already — and within that view, what is most likely to spread is the most extreme version.

Alice Marwick, a communications professor at the University of North Carolina, has studied the way that outrage assists in virality. She said that even-handedness or neutrality does not do well on social media.

“When you’re trying to get attention, exploiting a divide or a difference of opinion is a good way to spread whatever it is you want to spread — your news article or your YouTube video,” Marwick said. “It’s about tying it to some kind of controversy. Exploiting racial division or divisions of identity is a really effective way to do it.”

The comments sections of the viral Instagram and TikTok posts reflect this polarization. While messages of solidarity and support are common, so are comments that deny the existence of Palestinian history, or applaud the rockets falling on Tel Aviv.

As social media shapes the discourse further, narratives are pushed toward hate, and the wider a meme or hot take spreads, the more normal it appears, especially to those who receive their news largely from friends’ and influencers’ posts. It’s certainly not clear how to bring peace to the Middle East, but the social media milieu only seems to be making things worse.

Updated May 17 to reflect that Hen Mazzig’s infographic has since been restored to Instagram.