In maskless Texas, a famed Jewish math whiz’s theories are playing out in real time — and it’s frightening to behold 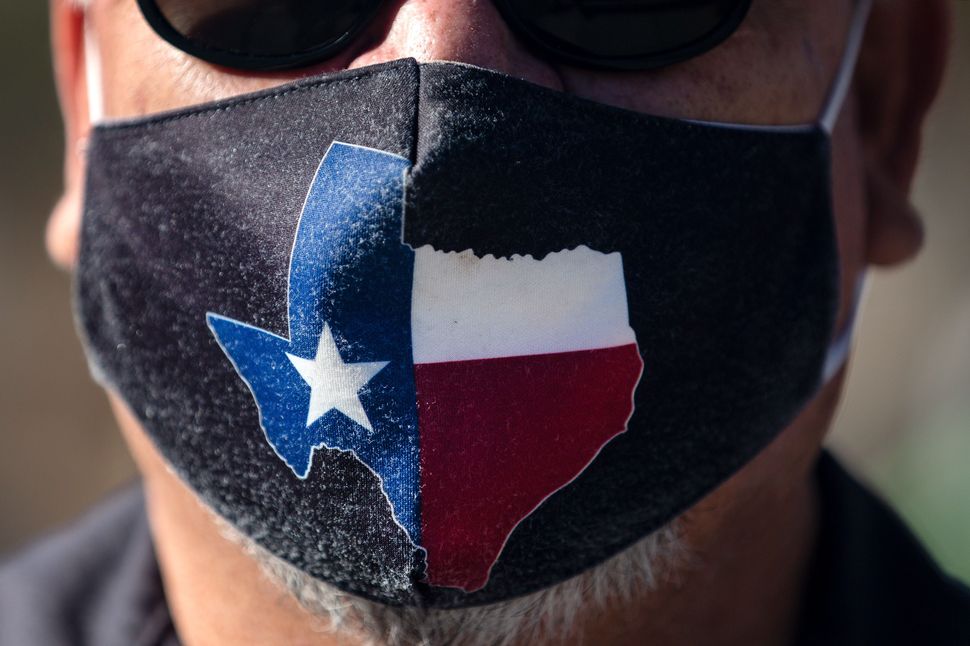 Future historians of Texas might well puzzle over events now unfolding in our state. The fourth wave of the pandemic, whipped into a frenzy by the Delta variant, has crashed over Texans, filling emergency room beds and overwhelming medical personnel. Some hospitals, out of space, are transporting patients to others. Breakthrough cases among already vaccinated adults have become the rule while the young, not just the old, now appear to be vulnerable to the new strain of the virus.

Yet, while there has been a 134 percent increase in cases over the past two weeks, Governor Greg Abbott remains 100 percent opposed to reconsidering, much less rescinding the executive orders he had issued earlier this summer prohibiting state offices and entities from mandating the use of masks or vaccine passports. On Monday, the governor’s press secretary reaffirmed his boss’s belief that Texans “must rely on personal responsibility, not government mandates. Every Texan has a right to choose for themselves and their children whether they will wear masks, open their businesses or get vaccinated.”

Those same historians will have to choose among the possible motivations behind Abbott’s initial decision and his resistance to reversing it. Some will plump for ideology, claiming that the governor is a rock-solid libertarian, resisting any potential first step on the slope toward what his fellow governor Ron DeSantis calls a “biomedical security state.” Others will propose that it was simply politics that drove his decision, citing Abbott’s fear of his party’s Trump-besotted base.

In short, Abbott’s actions — and the real-life consequences that will have followed — are the work of either a clear-eyed chancer or a wild-eyed believer. Neither of these options, it is safe to say, will be looked on kindly by most of those historians.

What if, however, a lucky historian discovers documents revealing that our governor followed not just the game of football, but also game theory? And that with remarkable cunning, Governor Abbott created the conditions to examine one of game theory’s most enduring problems: the prisoner’s dilemma? 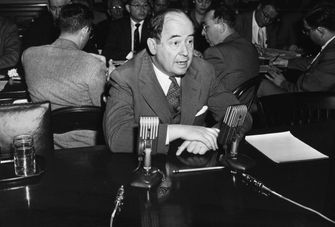 The founder of game theory was John von Neumann, a mathematical prodigy who was born into a well-to-do Jewish family in turn of the century Budapest. Though von Neumann’s parents were secular, his colleague Jacob Bronowski suggested that, had he been born a century earlier, von Neumann would have been doing what his grandfather had done, “making rabbinical comments on dogma.”

With the rise of Nazism, von Neumann quit his teaching post at the University of Hamburg and, with Albert Einstein, accepted an appointment at the newly-created Institute for Advanced Study in Princeton, N.J. in 1933. It was at this hothouse of scientific research that von Neumann laid the foundations of game theory. While it is a field devoted to complex mathematical models, game theory includes the study of the most commonplace of situations: what might or must happen when potentially untrustworthy opponents meet.

For von Neumann, there is nothing playful to game theory. He was interested in the mathematical, and not psychological character of such interactions — a set of interactions liable to rule-based analysis. He believed that the logic of, say, chess could be applied to any contest of two opponents; there is always, in principle, a rational strategy to follow. Given a postwar world that was riven between two nuclear-armed nations which were driven by antithetical ideologies, this conviction was compelling.

Using his model to develop a novel concept of nuclear deterrence, von Neumann, who loved word games, coined the term “mutually assured destruction,” or MAD. This strategic model became the holy grail of military strategists during the Cold War, as well the grist for Stanley Kubrick’s satiric “Dr. Strangelove, or How I Learned To Stop Worrying and Love the Bomb.” (It was probably not a coincidence that Peter Sellers’ character, Dr. Strangelove, was bound to a wheelchair as was von Neumann toward the end of his life.)

Inspired by von Neumann’s work, researchers at the RAND Corporation developed the prisoners’ dilemma. In essence, it proposes the scenario where two prisoners, each held incommunicado, can cooperate with one another keeping mum during police questioning. This will allow them to minimize, but not eliminate, their prison sentences. Each is told, however, that if he rats on his friend, he will be let off scot-free. The rub, though, is that if both decide to try to throw the other under the bus by confessing — as they rationally might — they will both suffer the longest sentences offered in the game.

In other words, in the absence of information, do they choose to trust each other to do the right thing?

In Governor Abbott’s brilliant riff on this model — let’s call it professor’s dilemma — this is the very situation that state universities now confront. Since neither masks nor vaccinations are mandatory, professors and students will find themselves in the same room, utterly ignorant of everyone else’s vaccine status. Most everyone will already have considered whether they believe they can or should get away with being unvaccinated. Some will have answered yes, others will have answered no, but everyone is navigating mostly in the dark.

How likely is it, in the absence of information about what the others have chosen, that our classrooms, rather than being places of education, will instead become place of contamination?

Of course, the answer is not necessarily grim. Several studies based on game theory have found that people cooperate more than expected. It seems that people tend to place more faith in one another than does the “self-interested rational person” originally imagined by researchers. It is tempting, obviously, to believe this better version will guide how students and professors will, in fact, behave come the new semester.

Yet in this highly-polarized age and state, it is no less tempting to believe von Neumann’s observation about human nature: “It is just as foolish to complain that people are selfish and treacherous as it is to complain that the earth is round.”

George M. Alliger is a work psychologist based in Houston and a fellow of the Society for Industrial and Organizational Psychology. His forthcoming book is titled “Anti-Work: Psychological Investigations into Its Truths, Problems, and Solutions.

In maskless Texas, a famed Jewish math whiz’s theories are playing out in real time — and it’s frightening to behold