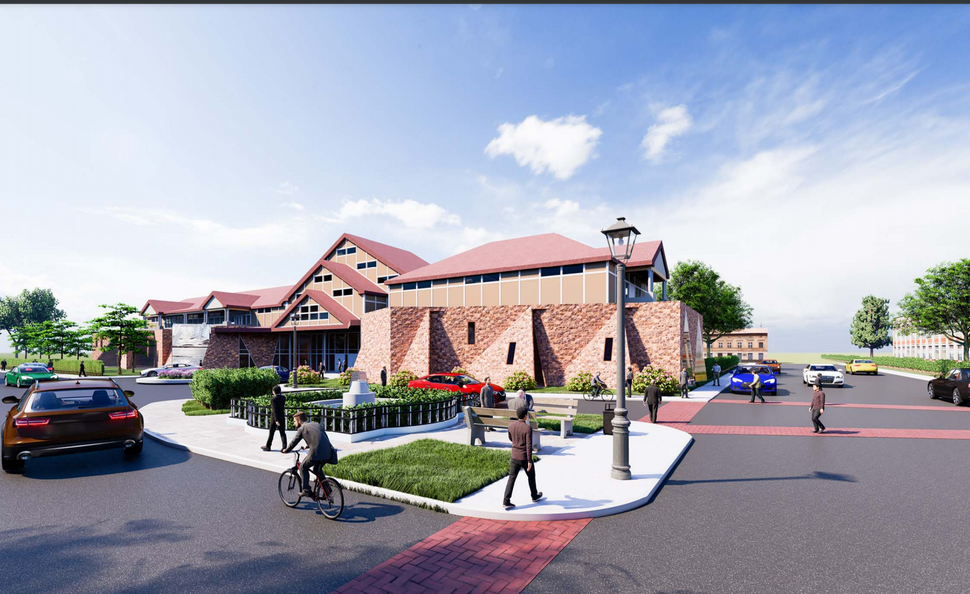 A rendering of the Catskill Resort Museum Courtesy of Jack Godfrey

Half a century after their heyday, the Catskills are having a moment.

“The Marvelous Mrs. Maisel” recently devoted the bulk of a season to the Jewish Alps’ tummling past. The passing of comedian Jackie Mason recalled a bygone era, when families fled urban sprawls to get some mountain air and kibbitz with their coreligionists in the cabins. But even with all this nostalgia for the golden age of Jewish vacation, there is something missing: a museum.

Jack Godfrey, a veteran of the hospitality and restaurant industries and a third-generation member of a resort family from Ellenville, NY, is hoping to change that. The idea came to him in the 1990s when his stockbroker sent him a New York Times clipping about the then newly-formed Catskills Institute, devoted to the research and education about Jewish life in Ulster and Sullivan County.

Godfrey was glad that the history of the region, where his maternal grandfather arrived in 1924 to start a farm, was being preserved, but wondered if more couldn’t be done.

“I started thinking, ‘Why isn’t there a museum about the history of the Catskills,’” Godfrey said. “There’s been books, there’s been movies, ‘Dirty Dancing’ and all of this and a Broadway show, and I said, ‘Why doesn’t a museum exist?’”

Godfrey has vivid memories of his family’s Maple Leaf Inn in Ellenville, which expanded over the years to include a casino and outdoor pool and later became a bungalow colony.

When he was 4, he’d come on the intercom and announce that “The dining room is now open for dinner.” The year after he graduated high school, in 1965, the business shut down and he continued his education in hospitality, working in hotels and eventually running three successful restaurants — two bagel shops and a barbecue place in Virginia Beach.

The Catskill Resort Museum, envisioned as a 42,000-squaure-foot building planned for Ellenville, was a dream deferred until 2010, when Godfrey could devote his attention to making it a reality. He assembled a board of trustees, advised by Elaine Grossinger Ettes, the daughter and heir of Jennie Grossinger.

Since the 2010s, Godfrey has been enlisting the help of people connected to Catskill history, and went on the road to make a pitch for the museum, which would contain oral histories, a theater, artifacts and film, at Temple Emanu-El in Manhattan.

Now, Godfrey is hopeful that the Catskill Resort Museum will be part of a $10 million downtown revitalization grant from the state of New York, for which he says $2 million would go toward the museum. (The grant has yet to be announced at press time.)

While Ellenville, in Ulster County, is less associated with Catskill resorts than Sullivan County to the west, Godfrey’s own family history confirms that there is a rich past to draw from in the village. And the museum will tell the story of the entire region.

“What we’re trying to do is preserve Jewish culture. We’re preserving one of the most significant periods of American Jewish life in the 20th century,” Godfrey said, citing a statistic from 1952 that named the Catskills as the largest resort area in the world and the many performers who got their start in the Borscht Belt before creating the world of early television.

“The impact of the Catskill resorts in American culture is certainly well known in its importance,” Godfrey said, “and that’s why I’m working so hard to make this thing work and make it happen.”