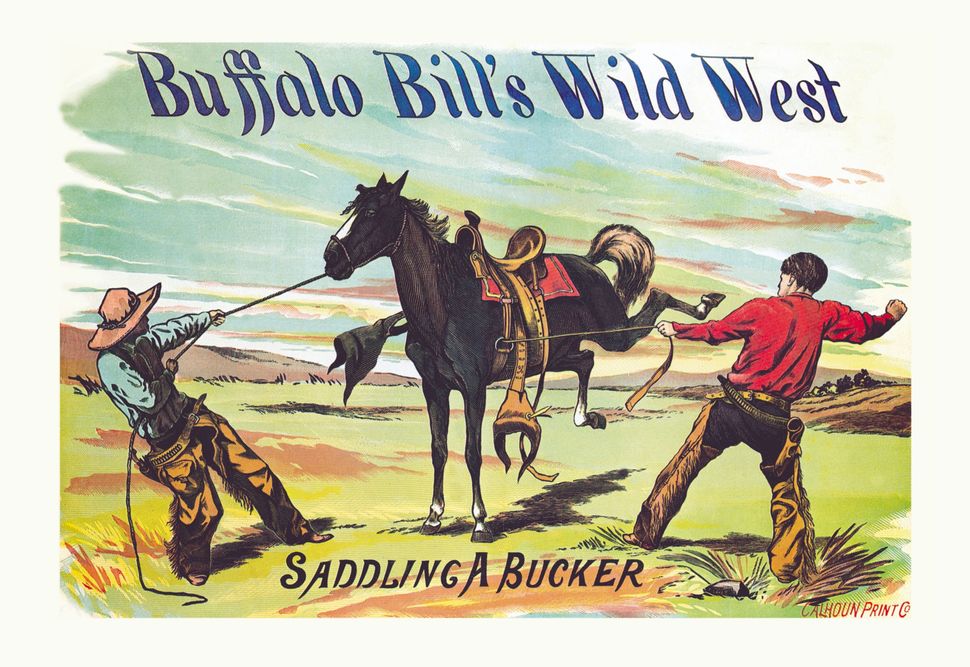 Before all that, there was Bronco Billy, a star of the 1903 film “The Great Train Robbery,” which is widely considered to be the first American western.

Bronco Billy was played by Gilbert M. Anderson, better known to his family as Maxwell Aronson, the sixth child of Henry and Esther Aronson of Little Rock, Arkansas.

Aronson is one of a plethora of Jews featured in “Jews of the Wild West,” a fascinating new documentary, which premieres this month at the Atlanta Jewish Film Festival and is likely headed to a Jewish film festival near you. 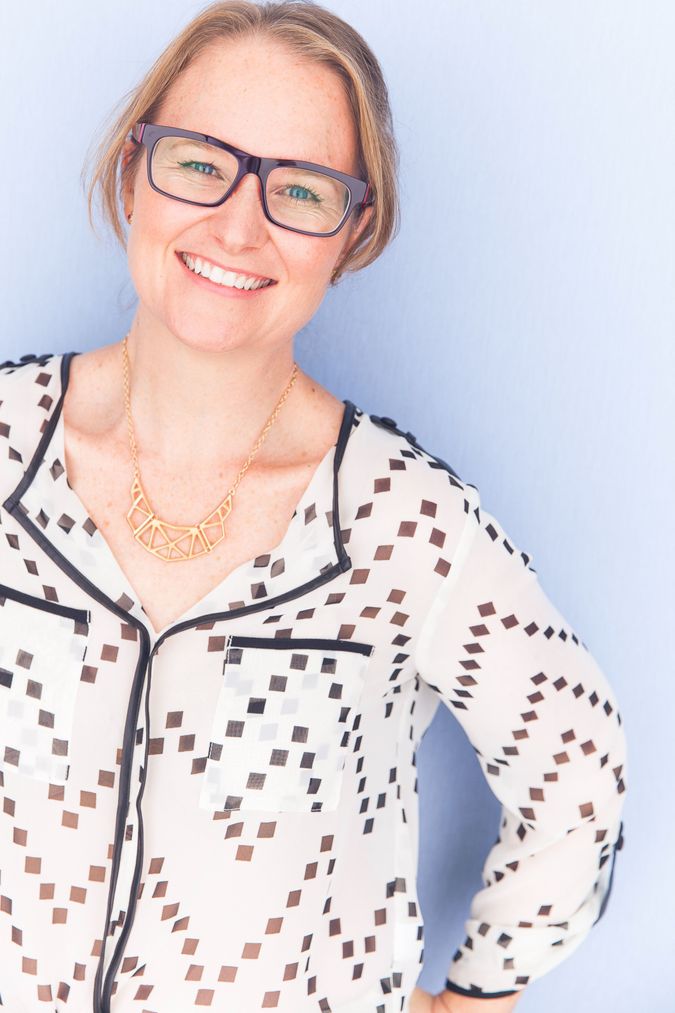 Director: Amanda Kinsey’s documentary focuses on the lives of Jews in the old West. Courtesy of Amanda Kinsey

Filmmaker Amanda Kinsey, 43, who is not Jewish, started her career as a producer at NBC. While there she won multiple awards, including an Emmy for a “Today Show” segment, “The Fighting Grossmans,” about a family of 11 children, eight of whom fought in World War II.

She left NBC in 2013 to start her own production company and four years later moved to Denver with her family.

“I immediately began looking for untold stories of the wild west,” she told me. Not surprising, given her family’s history. Her great great-grandfather owned a San Francisco saloon during the gold rush. Her great-grandparents ran a photo studio in Butte, Montana, then a mining town. And her grandmother grew up in Denver, and once jumped out of a plane for $100. Kinsey isn’t sure why; she thinks grandma may have just needed the cash. 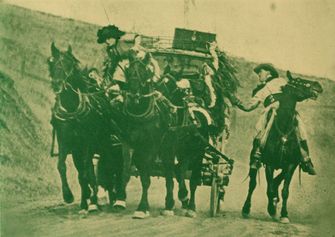 This One’s Called the Outlaw: Bronco Billy was played by Gilbert M. Anderson, better known to his family as Maxwell Aronson, the sixth child of Henry and Esther Aronson of Little Rock, Arksansas. By Wikimedia Commons

One of the places Kinsey did her research was the Beck Archives of the Rocky Mountain Jewish Historical Society, currently housed at the University of Denver’s Center for Judaic Studies.

“I was blown away by the stories I found there. They were fascinating and compelling. They were cowboys and entertainers and entrepreneurs and they were largely unknown,” Kinsey said. “Certainly I hadn’t heard about them. Equally important, these stories connected to a larger immigration movement and are unique pieces of Jewish history in a broader sense.”

She found that some immigrants who typically landed in New York discovered that their new home was not the promised Golden Medina. So they headed West, in some cases with the help of Jewish organizations.

The story that set the film in motion was that of Robert Lazar Miller. He and his brother Joseph came from Lithuania, and opened a furniture store in Denver that burned to the ground and then a butcher shop that closed after it was robbed.

Miller subsequently succeeded at buying and selling cattle and “became one of the most important cattleman at the Denver stockyards,” Kinsey said, adding that the Miller family story was “like ‘Fiddler on the Roof’ with cowboy boots.”

Some of Kinsey’s subjects are already reasonably well-known, though Kinsey’s film provides new insights. Consider Wyatt Earp’s longtime partner Josephine Marcus. According to Kinsey, when Earp attended Jewish functions, he “put down his guns and put on a kippa.” 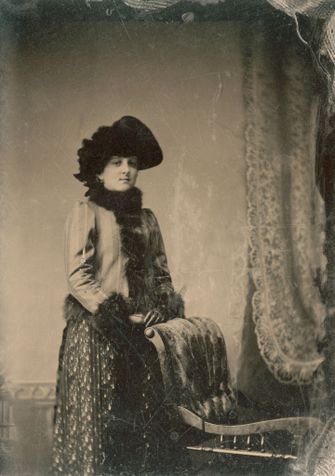 Married to a Lawman: Josephine Marcus was the longtime partner of Wyatt Earp. Courtesy of Jews of the Wild West

Kinsey also considers the case of San Francisco businessman Levi Strauss, widely and incorrectly considered to be the inventor of jeans. In fact, that honor belongs to Jacob Davis, a tailor originally from Riga. His shop in Reno used heavy-duty cloth he’d purchase from Levi Strauss in San Francisco. One day the wife of a woodworker beseeched him to create coveralls more sturdy than those commonly available. So Davis hit upon using metal divots to strengthen traditionally weak areas like seams and pockets.

The concept was such a hit that he contacted Strauss for financial help, patented the process and expanding manufacturing. 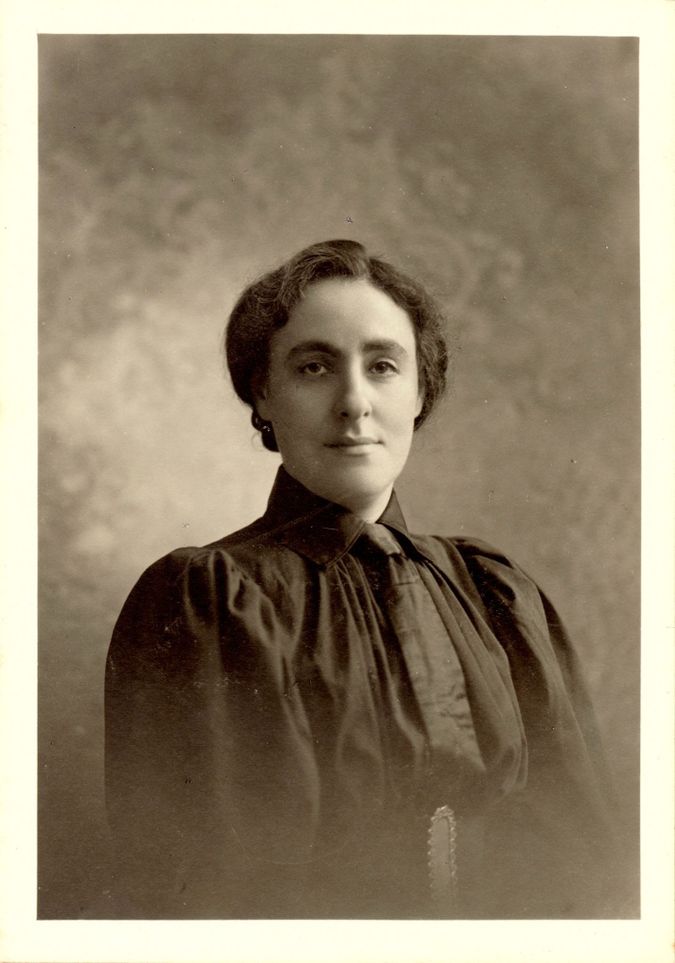 The Golden Rabbi: Rachel (Ray) Frank taught bible study and Jewish history and established herself as a public speaker. Courtesy of Jews of the Wild West

Less well-known was Rachel (Ray) Frank, the so-called “golden rabbi,” who taught bible study and Jewish history and established herself as a public speaker. Visiting Spokane, she was invited to deliver a sermon and spoke with such fervor about Jews’ need to come together, she soon received invitations to speak to Jewish organizations up and down the West Coast.

And then there’s Jesse Shwayder, a Colorado trunk manufacturer who moved into luggage, naming his brand Samson (later Samsonite) after the biblical strongman.

Kinsey says she was motivated in part to make her film by the recent rise in antisemitism.

“I feel strongly about being an ally to the Jewish community by presenting positive stories about immigration that audiences will find uplifting,” she said.