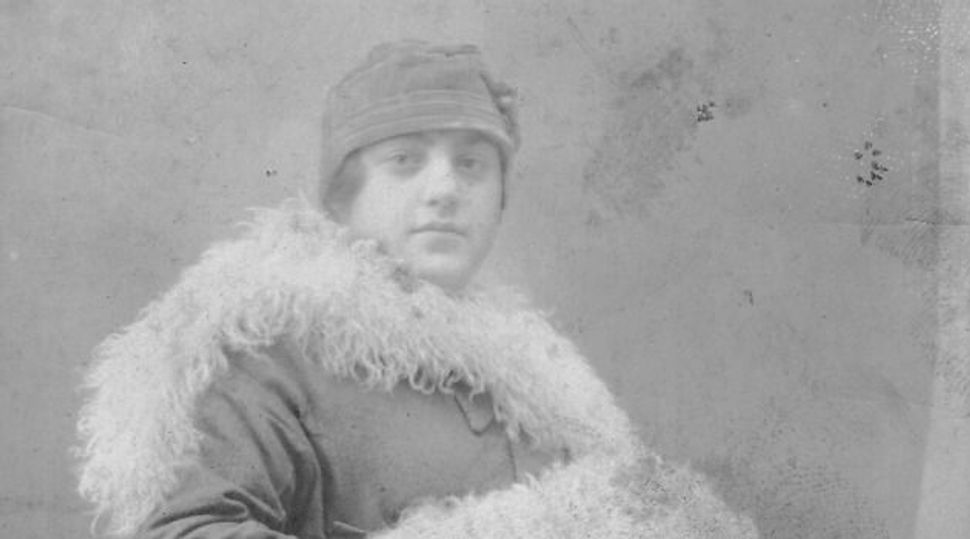 As a kid, I perfected a strategy for beating anyone at “Twenty Questions.” I always chose not someone famous, but the wife of someone famous. My opponent would say, “Was she an actress?” No. “Was she a writer?” No. “But then how do I know her?” You get the picture. The person I had chosen had not done anything except marry someone famous. If you played this game with me more than a few times, of course, you knew my strategy and would eventually say, “Was her husband famous?” In Ann Kirschner’s new biography, “Lady at the O.K. Corral,” it remains questionable whether her subject, Josephine Marcus Earp, common-law wife of the famous lawbreaker and lawmaker Wyatt Earp, has done anything but marry the guy.

But wait a second — you say his wife was Jewish?

In her introduction to the book, Kirschner describes her amazement at learning that Wyatt Earp’s wife was Jewish. She remembers the many years she sat in front of her family’s black-and-white television, watching Westerns with her brother. The female characters were either prostitutes soon to be dead or spinster schoolteachers left to die loveless and alone. If a woman did become a wife, (with the notable exception of “High Noon”), the adventure was over. Indeed, weddings and wives often signaled the end of these old Westerns.

The viewer never wanted to think about the hero in a life without saloons and card games and gunfights. More specifically, for those who have watched movies about Earp himself, they have seen [Henry Fonda}(http://www.youtube.com/watch?v=4TCbWu1PhLU), Jimmy Stewart, Kurt Russell and Kevin Costner, as well as half a dozen others, portray Earp, without the benefit of spouse, Jewish or otherwise. The fact that Earp had a common law wife — and a Jewish one at that — with whom he lived for 46 years is remarkable.

It is Kirschner’s job to make this more than just a quirky factoid of history and convince her readers that Marcus Earp is worthy of the meticulous and responsible biography she has written. It is not an easy task, nor is it fully accomplished. The author can make virtually nothing of the fact that Marcus Earp was Jewish, because it appears that there is nothing to tell. The woman cared not a lick about being Jewish: She knew few people who were Jewish, nor was anyone to whom she was related mindful of a religious or cultural inheritance.

On the other hand, Kirschner can make hay only of this marriage: It is clear that being the wife of Wyatt Earp was the only thing that mattered to anyone, including Marcus Earp. At some point, Kirsch hypothesizes that Marcus Earp might have been partially responsible for the shootout at the O.K. Corral (the event from which she takes her title), because at that historical event, Earp her lover-to-be, faced Johnny Behan, her lover soon-to-be-dumped. There is some evidence to point to this, and it is certainly fun to think about — although in any case, she remained far from the bullets and may not even have been in Tombstone at the time.

Another difficulty of writing this biography stems from Marcus Earp’s determination to protect her husband’s reputation (and by extension, her own). She spent a great deal of energy, especially in the last 20 years of her life, whitewashing events. She told outsized lies to her biographers and to Earp’s — one being that Earp never owned gambling saloons; later in her life, when she finally talked about the saloons, she denied that he housed prostitutes upstairs. (He did.)

Marcus Earp seemed less concerned with her family’s disapproval than with how history would judge Earp. Her consuming passion was to keep hidden from the world that Earp’s abandonment of his second common-law wife led to poverty, depression and eventually suicide. As for the famous “vendetta ride” of 1882 in which Earp killed at least three people to avenge the murder and maiming of his two brothers, it is great stuff for movies, but certainly, at that time, it was not perceived by all as moral or admirable, as it is today. Today, in fact, you can relive the Wild West and buy tickets to “retrace Earp’s heroic Vendetta ride” — evidence perhaps that Earp has emerged as a hero rather than as the villain many thought him to be while he lived.

As would appear true for most wives of that day, Josephine Marcus Earp could not imagine an identity separate from her husband’s. Although Kirschner tries to find one for her, the facts, at least as presented here, do not support it. Though Marcus Earp had to be adventurous in order to leave her parents’ conventional San Francisco home at the age of 17 (to go on the stage), and then eventually travel with Earp to unsettled and primitive terrain in Tombstone and Nome, Alaska, the reader gets precious little of her own adventures — other than her faithful attempts to make her husband’s home comfortable.

Earp was building saloons and gambling parlors, and his wife was housekeeping, all the while feeling resentful about being left out of the action, and angry at her husband for engaging in illegal activities. Her reactions are understandable enough, but hardly the stuff of fascinating biography.

There’s an inherent problems with biographies of the wives of famous men. For such books to be successful, the subject herself has to emerge as a character of substance. Memories of Marcus Earp’s character leave the reader wondering. By some accounts, she was sneaky and shrewish, a compulsive gambler and a burden to Earp; others described her as charming, clever, a great hostess and a loyal companion to the famous sheriff. I suppose such traits are not mutually exclusive, but most of the time, I wondered what Earp saw in her — other than her looks. By all accounts, she was unusually beautiful: thick, dark hair; black, vivid eyes, and really stacked. Regardless, she does not emerge as a character that can stand alone. Rather, the reader learns a great deal about Wyatt Earp and the history and mythology that surround him, as well as the worthwhile story of the disappearance of the American frontier.

Perhaps it is a tribute to Kirschner that I am left wondering about Earp’s wife: how her parents really felt when their 17-year-old left home for such uncharted territory; how she coped with Earp entertaining prostitutes while she was left alone in a little hut in Nome, arranging furs on their bed. How many mistresses did Earp really take? And was she really a compulsive gambler? Marcus Earp’s story and its holes will remain with me. If I were a fiction writer, I would jump on this opportunity to re-create the woman’s story. Novelists out there — I see a best-seller in the making.

Hilene Flanzbaum is the Allegra Stewart Chair of Literature at Butler University, where she also directs the Master of Fine Arts program in creative writing. She writes frequently about Jewish American culture.