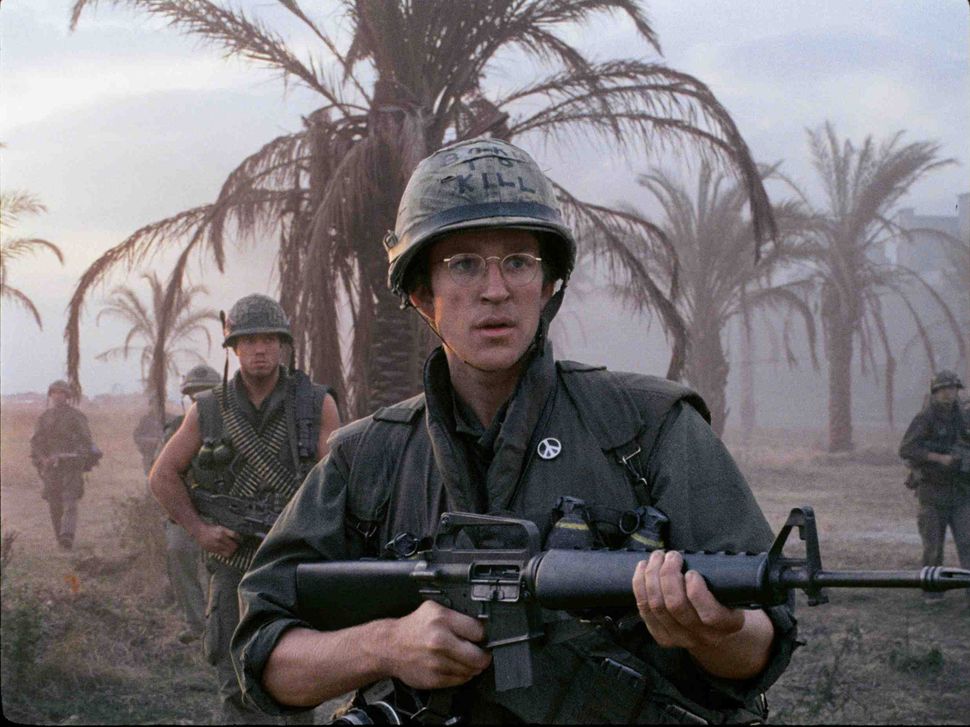 As we mark the 30th anniversary of Stanley Kubrick’s Vietnam War movie “Full Metal Jacket,” which was released June 17, 1987, it’s hard to think of a less Jewish topic than the training of a bunch of misfit Marines for a subsequent tour of duty in Vietnam. Indeed, in his famous taxonomy of what was Jewish and goyish, Lenny Bruce described Marines as “heavy goyim, dangerous.” Jews rarely joined the USMC; best-selling author Leon Uris, who was an unusual exception, recalled “half a dozen Jews, or less” in his battalion of 800 men. But beneath the surface, “Full Metal Jacket” possesses a fascinating relationship with Jewishness and the Holocaust.

For the first time since “Spartacus” in 1960, Kubrick, who was born July 26, 1928, collaborated with another American-Jewish writer, Michael Herr. Born in Syracuse, New York, in 1940, Herr described himself as “a nice, middle-class, educated Jewish boy who as a kid had every nervous tic and allergy possible.” Herr, like Kubrick, had lived in Manhattan’s Greenwich Village before going to Vietnam, the subject of his 1977 book of reportage, “Dispatches.”

Kubrick chose to base his film on Gustav Hasford’s “The Short-Timers.” Jews were explicit in this novel, only to be removed by Kubrick. While FMJ duplicated the “lost squad” motif of World War II platoon movies and novels, Kubrick omitted the traditional Jewish character found in them. And he cut out the fragging of a Jewish officer called Shortround, who’s referred to as “that little kike,” replacing him with a Polish Catholic named Walter J. Schinoski.

But traces of Jewishness were evident in the adaptation process. In line with World War II platoon movies and novels, Kubrick considered including such Jewish-sounding characters as Rick Berg, The Kid From Brooklyn, Sgt. Blaustein and Kaminski. While none of these made it into the final screenplay, FMJ remains Kubrick’s only film to contain a clearly spoken and explicit reference to Jews, but the term Kubrick used was “kikes.”

Arguably, Jewishness remained beneath the surface in two key characters. Joker (played by Mathew Modine) is a cerebral writer who’s smarter, more sensitive, streetwise and sympathetic than those around him. His spectacles denote his intelligence. He’s an insubordinate, wise-cracking smartass who clearly delights in showing how much cleverer he is than his superior officers. He’s also a mensch who helps the gormless Leonard “Gomer Pyle” Lawrence (Vincent D’Onofrio) through his basic training. Joker can posture as only “phony tough.” He feels real remorse at having to shoot a sniper, an act that he eventually performs as a mercy killing.

And by removing any suggestion that Pyle was the redneck of Hasford’s novel, Kubrick allows us the possibility of reading him as Jewish as well. Kubrick retained the name “Leonard,” possibly because interwar Jewish parents, like his own, chose such regal-sounding names in trying to give their sons a boost toward upward mobility in America. Leonard was Kubrick’s own father’s middle name as well as the given name of the Jewish doctor Clam Fink in Norman Mailer’s 1967 novel “Why Are We in Vietnam?”

Pyle’s Jewishness is conveyed through stereotypical traits. Kubrick asked D’Onofrio to gain nearly 70 pounds, transforming him into a zaftig, bumbling, childlike recruit. Pyle is a misfit who becomes the outcast and the crippled scapegoat of the platoon. He’s the target of an obsessive, coordinated and unrelenting campaign of physical and psychological humiliation and abuse, deliberately designed to eliminate him from the corps. He is oppressed by a racist drill sergeant whose Germanic-sounding name — Hartman — suggests a member of the SS, a “hard man.” At one point, Hartman asks a recruit to give “One for the kommandant.” In an echo of Nazi eugenics policies, Hartman threatens to sterilize Pyle so that he “can’t contaminate the rest of the world.” Pyle is reduced to a metaphorical “stain” on the platoon, one that must be scrubbed away. Hartman wishes to purify the unit of this impurity. His recruits understand, and in one sequence Pyle is “disinfected.” Pinned to his bunk, he’s beaten with bars of soap wrapped in towels. The connection between soap and the Holocaust was a strong one, such that Holocaust survivors in Israel were referred to as “soap.” 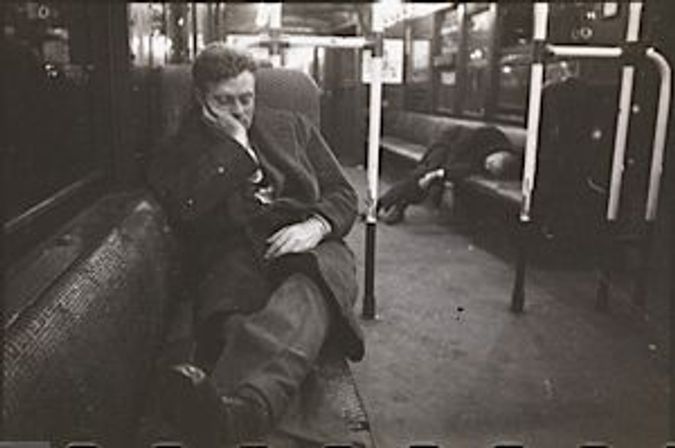 Here, Kubrick subtly draws upon explicit comparisons that were made between the Americans in Vietnam and the Nazis in Europe. Robert Jay Lifton’s “Home From the War” compared Vietnam veterans to Holocaust “survivors.” A year later, Stanley Milgram published his famous “Obedience to Authority,” which considered the problem of Nazi obedience during WWII and American war crimes in Vietnam.

Hasford’s novel likewise implicitly compared Vietnam to WWII by using explicit references to the Holocaust. He described Parris Island as “symmetrical but sinister like a suburban death camp.” A Marine is “as skinny as a death-camp survivor.” There are also mentions of Hitler, “Arbeit Macht Frei,” Goebbels, Göring and “cattle-car buses.” Hasford’s American soldiers in Vietnam engage in similarly sadistic acts, including murdering civilians and mutilating corpses.

Such comparisons were in Kubrick’s mind when he approached Herr. While wrapping “The Shining” in 1980, Kubrick turned back to his long-held desire to make a film about the Holocaust. That same year, he sent a copy of Raul Hilberg’s “The Destruction of the European Jews” to Herr, describing it as “monumental.” Herr recalled how it “absorbed” Kubrick. Shortly afterward, Kubrick wrote to Hilberg, asking him to recommend a novel on which he could base a film about the Holocaust. The following year a bookseller sent Kubrick a list of 20 Holocaust novels.

Ultimately, Kubrick failed to make a film about the Holocaust. Yet perhaps the film he succeeded in making on that subject was “Full Metal Jacket,” which dealt with the very same issues that had been troubling Holocaust scholars for decades: Jewish victimization, persecution and the elimination of “waste,” as well as how ordinary men were transformed into willing executioners.

Nathan Abrams is a professor of film studies at the University of Bangor in Wales.