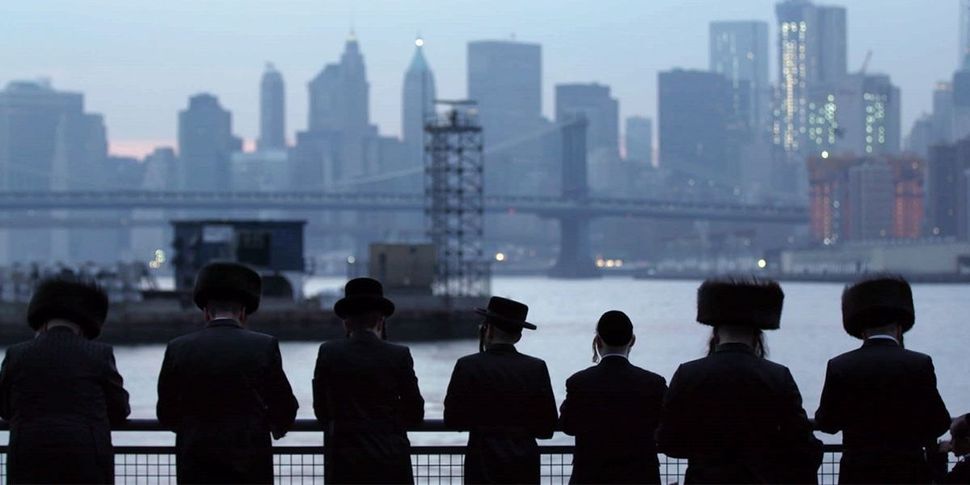 One Of Us Image by One Of Us

Heidi Ewing’s and Rachel Grant’s documentary “One of Us,” recently shortlisted for an Academy Award for Best Documentary Film, portrays with compassion and thoroughness the lives and world of three young Hasidic Jews — Ari, Etty and Luzer — who have, at tremendous personal cost, abandoned their insular communities in Brooklyn and Monsey, New York to enter the modern world. The film is a sequel of sorts to Ewing’s and Grant’s “Jesus Camp,” another exposé of fanaticism — and sympathetically paints a picture of risk and courage in the OTD world (off the derekh, the devoutly religious path).

Though an admirable research achievement, akin in some ways to Truman Capote’s “In Cold Blood,” the film is unbalanced, telling the story only through the eyes of three survivors, with no depiction of the admittedly difficult to obtain confidence of Hasidic authorities, whose opinions about OTD groups and Footsteps are widely disseminated through the contemporary Yiddish religious press. Only one Hasidic elder is shown in the film — Yosef Rapaport, a bearded older gentleman who gives quasi-psychological counseling to Ari, with a muted and self-satisfying dismissal of the young man’s spiritual struggle.

With marvelous cinematic flair, the streets of Brooklyn’s Borough Park and Southside Williamsburg are displayed in full flower. The Hasidic residents are shown going about their business in an almost completely gender-segregated society where men dance joyously together at parties and women can only peek through partially closed doors and windows at the fun.

The first story is the shocking tale of Etty, 32, and the physical and emotional abuse she endured at the hands of her husband of 12 years. She re-creates a phone call she made to 911 to have the police remove him from the home she shared with him and their seven children. Men from her husband’s family appear at her door, carrying hammers, banging to gain entrance, hysterically angry at her for violating the alleged religious law against those who inform on other Hasidim to secular authorities. Frozen in fear, Etty hides with her children in the bathroom, the only windowless room in the apartment.

Ari, 19 when the majority of the film was shot in 2015, describes being raped by the principal of his religious summer camp when he was 8, while his classmates watched through the window. He is shown in a barber chair being shorn of his sidelocks and most of his beard and left to find a place in the secular world, one for which he seems monstrously ill-equipped to function.

In the case of Luzer’s story, the abuse is less specifically defined. But one common thread binds these three individuals together — their unwillingness to continue living a lie, and their decision to sacrifice a tremendously supportive community.

The scene shifts to Citi Field stadium in Queens where a few years ago 60,000 black-hatted ultra-orthodox Jews convened to hear fiery polemic against the use of cellphones, internet and secular media of all kinds. Later in the film, we are shown the core of the problem as Etty reads from a book of daily conduct, rules upon rules, and then a Hasidic reader for small children where girls’ faces are blacked out by magic marker, in order to comply with supposed rules of modesty.

Despite all its virtues in storytelling and photography, though, “One of Us” runs a heavy risk. Anti-Semitic profiling seems out of control, and unfortunately the film feeds into stereotypes, allow its audience to generalize and completely demonize a stratum of Judaism which counts many hundreds of thousands of members around the world.

Deeper and broader socio-political analysis is eschewed in the name of sensationalism. And, since the directors tell only the personal stories of three victims, we are left with an unbalanced picture. No testimony is presented of any Hasidim who have gone OTD but remain on reasonably good terms with their parents and friends from their former life. Such stories are accessible and common; they’re just untold here.

Recent films about Hasidic society, including “Menashe,” which depicts a Hasidic divorced man who is denied custody of his son until he remarries a Hasidic woman, and “Felix and Meira,” (a work of fiction about a Hasidic wife who has religious doubts and has an affair with a non-member of the sect), are far more modest in their undertakings but more effective when it comes to eschewing demonization. Ewing and Grant have reached out with a strong hand and an outstretched arm to paint scandal and pain, to document not only personal stories but an entire society’s inner conflicts. Ultimately and unfortunately, though, their reach has exceeded their grasp in the name of sensationalism.