The Secret Jewish History of The National 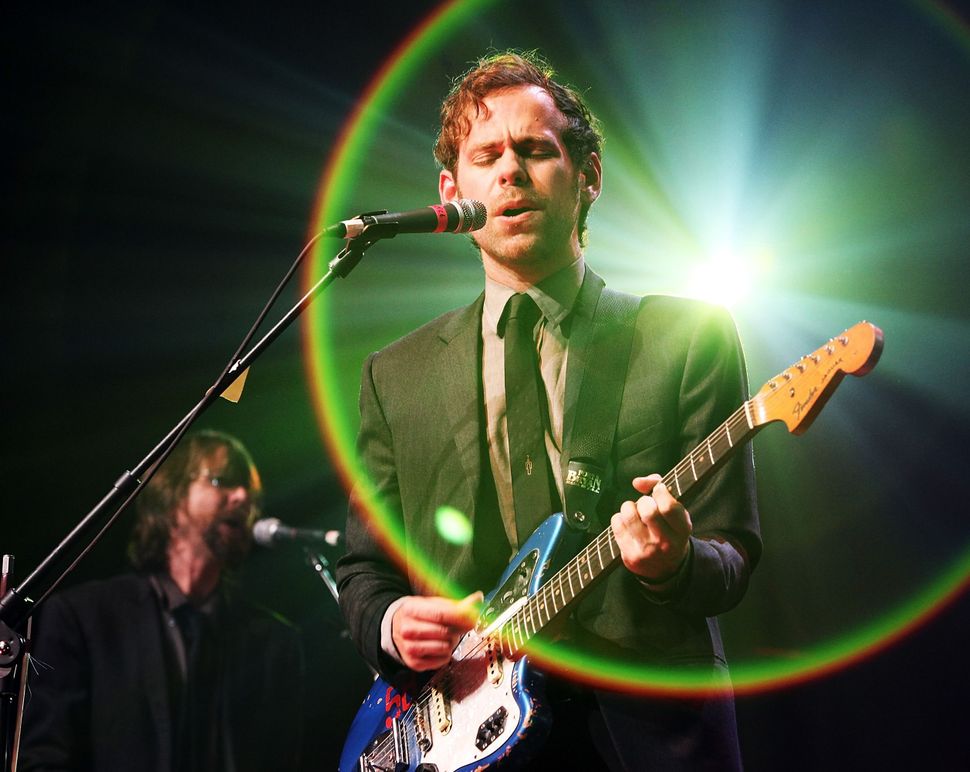 The National Image by gettyimages

With the album “Sleep Well Beast” by indie-rock favorites The National due out in September, fans of the group’s moody, melancholic sound will get their first full dose of new songs in four years. The Brooklyn-based, Grammy Award-nominated outfit’s last album, “Trouble Will Find Me,” came out in 2013. In pop music, that’s the equivalent of a generation, time enough for trends to come and go and for older bands to be eclipsed by newer ones.

The National, however, has an ardent following, and the quintet comprising two sets of brothers plus a singer-lyricist — all of whom hail originally from Cincinnati — hasn’t been just sitting around. The band has spent plenty of time touring, well, nationally, as well as globally, and has treated fans to live renditions of many of the new songs that will appear on “Sleep Well Beast.”

The individual members of the National have also been plenty busy with other musical projects. Vocalist Matt Berninger recorded and toured as a duo with an old friend as EL VY. The Dessner brothers – Aaron and Bryce, identical twins who make up the compositional core of the group – have been involved in various projects alone and together, including running their record label Brassland, writing for TV and film, producing recordings by other artists and curating “Day of the Dead,” a 59-track, multiple artist tribute to the Grateful Dead, the proceeds of which benefited AIDS/ HIV and related health issues through the Red Hot Organization.

Perhaps the most surprising yet little-known extra-National work has been that of Yale University-trained composer Bryce Dessner, whose new-classical, minimalist, and avant-garde compositions have been recorded and performed by Kronos Quartet, the Los Angeles Philharmonic, and new-music collectives So Percussion, eighth blackbird, and Bang on a Can, among others. Dessner has also collaborated with a who’s who of contemporary music, including Philip Glass, Steve Reich, David Lang and Radiohead’s Jonny Greenwood, who like Dessner also straddles the worlds of new-music, cutting-edge rock and film scores.

Dessner’s best-known contemporary works are those commissioned by Kronos Quartet, collected on the 2013 album, “Aheym,” which takes its title – Yiddish for “homeward” – from one of the album’s four compositions. In his program notes, Dessner explains that the piece was inspired by the stories of his Jewish immigrant grandparents who settled near Prospect Park – where the work received its world premiere performance by Kronos Quartet in 2009 – when they first arrived in the U.S. (It shouldn’t escape notice that it was from hipster-transformed Brooklyn where their Cincinnati-bred grandsons would make their musical impression upon the world.)

Bryce Dessner wrote, “As little boys, my brother [Aaron] and I used to spend hours with my grandmother, asking her about the details of how she came to America. (My father’s family were Jewish immigrants from Poland and Russia). She could only give us a smattering of details, but they all found their way into our collective imagination, eventually becoming a part of our own cultural identity and connection to the past. In her poem ‘Di rayze aheym,’ the American-Yiddish poet Irena Klepfisz, a professor at Barnard in New York and one of the few child survivors of the Warsaw Ghetto, writes: ‘Among strangers is her home. Here right here she must live. Her memories will become monuments.’”

Indeed, in “Aheym” as well as in “Tenebre,” another piece on that Kronos album, one can hear the influence of Yiddish modes recognizable in synagogue music and klezmer. Bryce’s brother Aaron told the London Jewish Chronicle, “My brother and I have always been fascinated by liturgical religious melodies in Judaism…. I don’t like major chords. I like the meditative patterns in certain prayers, and I like music that repeats itself.”

Aaron has emphasized his strong connection to his Jewish roots. He told the Chronicle, “What I’m most interested in is literature, art and film that focus on catastrophic Jewish history — the pogroms and the Holocaust and those horrible things. When I was at Yale I was working in the Holocaust Archive, which was an amazing experience.”

“When we [the National] played a festival in Katowice [Poland]…, I woke everybody up early, hired a van and took them to Auschwitz. I’ve been there more than once. It’s really powerful, and it’s beautiful to have that kind of emotional experience with everybody, although it did bum us out for the concert…. We also played in Dachau, in the town, so we got to go to the camp there too. I know so much about the Holocaust, almost everywhere we go in Europe I’m haunted by knowing there’s a place nearby where a lot of people died.”

How much of the Dessner brothers’ attachment to their Jewish ancestry in particular and to Jewish culture in general makes its way into the music of the National is up for debate, although the composers favor dark, minor-key arrangements and odd time signatures – neither of which is your standard rock fare. While the Biblical Abel, Anna Freud, and Franz Kafka show up in the group’s lyrics, those are written by non-Jewish vocalist Matt Berninger.

But Bryce Dessner insists that the Jewish connection runs deep in his work. “History, within families especially, lives on in the memories of children,” he told Relix magazine. “In America, people feel the need to internalize where they’re from, in their own personal way. I’ll always have this piece, and I’ll always think of my grandmother.”

As in Klepfisz’s poem, channeled through the music of Bryce Dessner and The National, those memories become monuments.

Seth Rogovoy is a contributing editor at the Forward who often explores Jewish themes in popular culture. He is the author of “Bob Dylan: Prophet Mystic Poet” (Scribner, 2009) and “The Essential Klezmer” (Algonquin, 2000).

The Secret Jewish History of The National