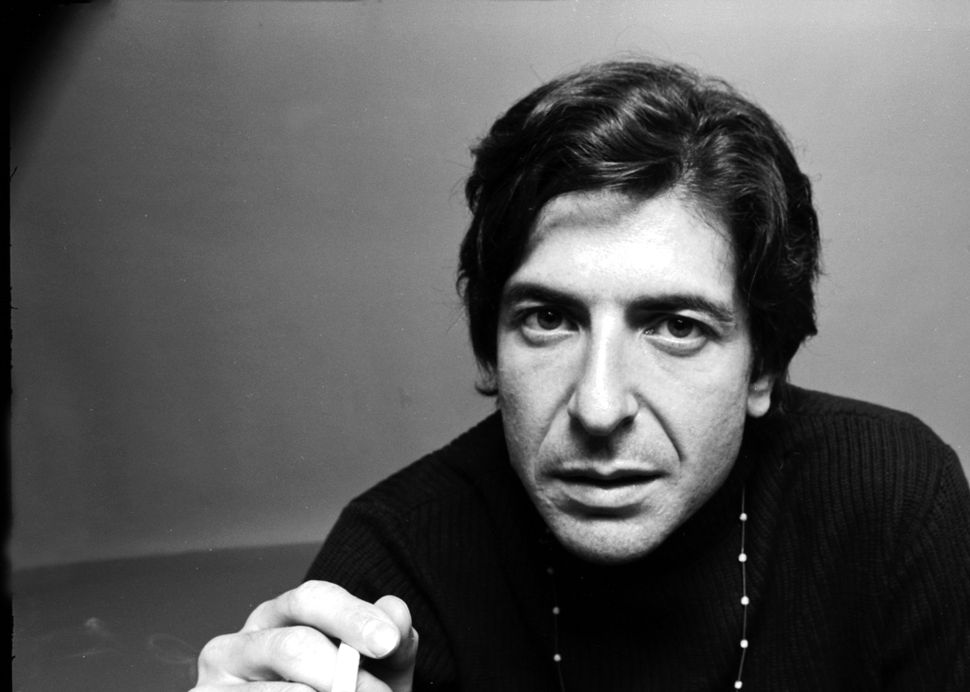 Leonard Cohen’s status as a musical and literary icon is a matter of historical record. But what the notoriously stoic poet and songwriter thought of his rise to fame remains more elusive; it was information shared only with a few intimates, Marianne Ihlen foremost among them.

Over 50 letters that Cohen sent to Ihlen, his one-time lover and early muse — she inspired his songs “So Long, Marianne” and “Hey, That’s No Way to Say Goodbye” — will be auctioned at Christie’s in New York between June 5 and 13. The letters, which are being auctioned from the collection of a private individual who is remaining anonymous, prove Cohen never truly said goodbye for good.

“You get a story of their relationship, which was so important across these pivotal years in his career when he was transitioning from being a poet,” Heather Weintraub, a Christie’s associate specialist in books, manuscripts and archives told the Forward. “Even after they parted romantically, the correspondence continues and you kind of get the sense that she’s still there. As he says in one of the letters, ‘Everything is connected with you.’”

Cohen met Ihlen, who was then married to Norwegian novelist Axel Jensen, on the Greek island of Hydra in 1960. Jensen soon left Ihlen and their infant son to be with another woman, and Cohen and Ihlen had an affair, living together on Hydra through much of the 1960s. The lovers separated in 1968.

The earliest letter in the lot was postmarked from Tel Aviv in September of 1960. “It’s hard to write you,” Cohen wrote. “The surf is too loud. The beach is too crowded, and you’re too much in my heart to put anything down.” In the letter, he also toys with the idea of learning Hebrew.

“He would write to her over the years from wherever he was. There were letters from Hydra, and New York and Montreal and Cuba,” Weintraub said.

The Cuban letters, written in 1961, in the early days of Fidel Castro’s revolutionary government, capture a young Cohen impressed by a nation that he said “vibrates with energy.” He felt “quite obsolete before the forces of history,” he wrote. During that 1961 excursion, Cohen witnessed the Bay of Pigs Invasion, writing that, “The island has been invaded and communication cut off. I don’t know when I should be able to leave. There is no fighting in the city, except for the occasional anti-aircraft blast, so don’t worry about me.”

Beyond Cohen’s travels, the letters give insight into his working life, including a curio from his first major performance as a musician in 1967. It didn’t go well; Cohen walked off the stage when he discovered his guitar was out of tune.

“A curious happiness seemed to overtake me: I had failed, I had really failed, there is something so beautiful about total failure, it really made me drunk,” Cohen wrote to Ihlen. Despite the hiccups, he was signed to Columbia Records shortly after that performance.

In letters from the subsequent years, Cohen shared complicated thoughts on fame with Ihlen. In 1972 he wrote her from Hydra. “Was in a monastery for a few weeks, shaved my head, hope to go back after my European tour in the Spring,” he wrote. “Can’t sing for money any more.”

“I just want you to know that I wish you well,” he wrote in that same letter. “What happened between us was not your fault or my fault, was meant to be, and we must forgive one another.” But even after their romantic affair concluded, Cohen continued to write Ihlen, asking about her son, Axel, and offering to provide financial help should she need it. In June of 1972 he told Ihlen he was soon to become a father; that August, he sent greetings from a Zen retreat on California’s Mount Baldy, where he would eventually be ordained as a monk in 1996. The last missive included in the auction dates to sometime in the 2000s. It simply reads, in red marker, “Come to New York!”

“To read through a correspondence like this is unusual,” Weintraub said. “You get a full story and gain so much insight and so much biographical detail.”

Apart from the letters, postcards and a few autographed photos, the auction also includes a bronze bell dated to the 15th or 16th century that was part of Ihlen and Cohen’s shared home in Hydra. The bell — which bears a large crack — is thought to be the inspiration for a famous line in Cohen’s song “Anthem”: “Ring the bells that still can ring / Forget your perfect offering / There is a crack in everything / That’s how the light gets in.”