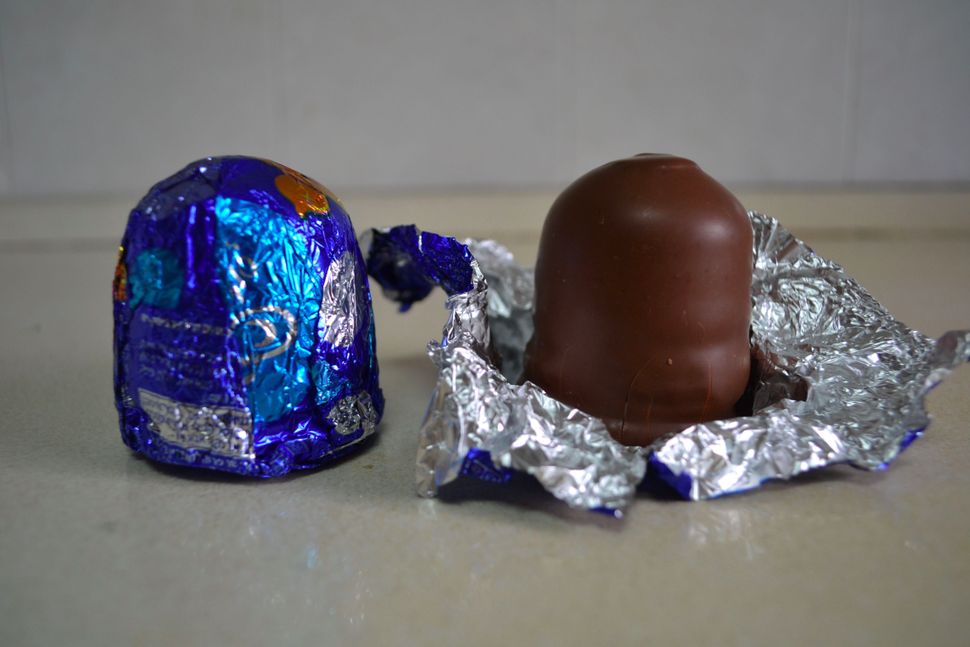 In Israel, temperatures are dropping and people are plugging in electric heaters to warm chilly apartments. In other words, its Krembo time.

The Mallomar-like Krembo is a foil wrapped two-inch tower of vanilla or mocha marshmallow cream coated with chocolate atop a biscuit. It makes its first appearance after the High Holy Days and remains on shelves of makolet, or convenience stores, through February.

Krembo, which literally means “cream inside,” is all the more special because of its seasonal appearance.

“People buy big boxes of 30,” said Uri Scheft, the chef-owner of Breads Bakery, whose new cookbook “Breaking Breads” includes a recipe for a homemade Krembo. “It’s not a thing that you buy one at a time.”

Delicious though it may be, the Krembo has a bitter past. In Israel, it was once called the “Rosh Kushi,” a racist term refererring to a black person’s head.

Today, the biggest controversy over the Krembo is how to eat it. Israelis can be highly dogmatic about the proper way to devour it.