Trump: Jared’s a ‘Good Boy’ — Who Will Make Peace in the Middle East 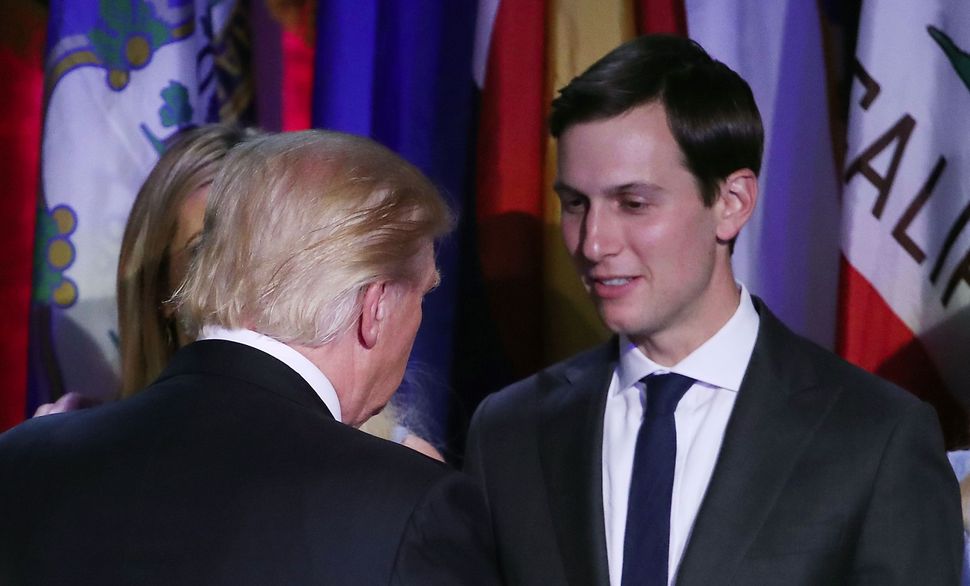 Jared Kushner is a father of three in his mid-thirties, ostensibly in line to play an important role in peace negotiations in the Middle East — but to Kushner’s father-in-law Donald Trump, he’s still a boy.

“He’s a good boy and he will agree an Israel agreement that no one else would pull off,” Donald Trump said in his first interview with foreign press since the election, with Bild and the London Times.

Ivanka Trump has even described her husband in similar terms as her father’s: “I feel really lucky to have met, like, a great New Jersey boy.”

To be sure, Donald Trump may have been a little peeved that his daughter had to convert to get married, feeling that anyone lucky enough to marry into his family should be the one to convert. But Kushner is clearly now one of the family. Indeed, he’s getting the big jobs, over his wife, Ivanka Trump. She’s an accomplished girl and valued advisor to her father in her own right.

She won’t play a big role in his administration though, Trump said.

“She is busy buying a house,” he said. “She has children so Jared will be engaged as we announced.”

Trump: Jared’s a ‘Good Boy’ — Who Will Make Peace in the Middle East