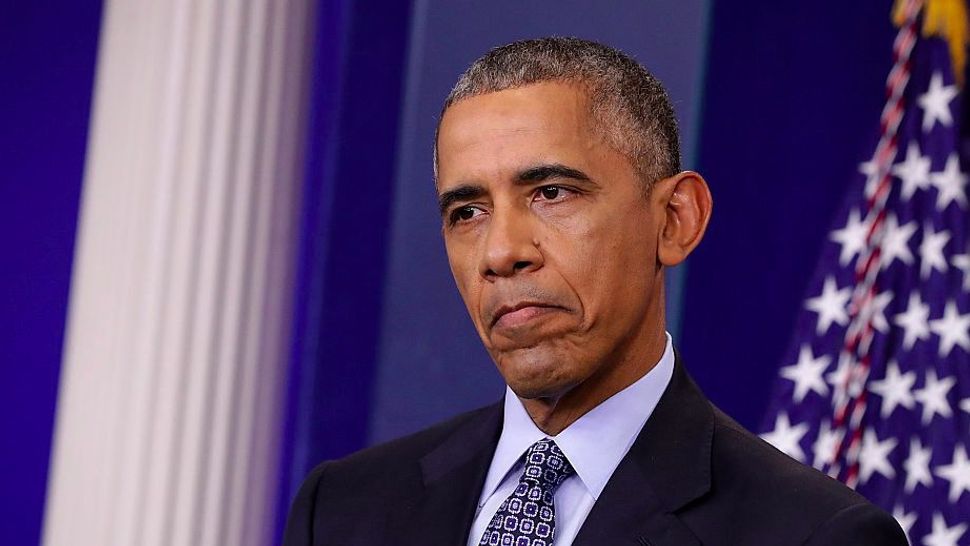 In his final White House press conference on Wednesday, outgoing U.S. President Barack Obama seemed ready to close the book on peace between Israel and the Palestinians.

“I don’t see how this issue gets resolved in a way that maintains Israel as both Jewish and a democracy because if you do not have two states, then in some form or fashion, you are extending an occupation,” Obama said, echoing comments made earlier by Secretary of State John Kerry. “Functionally you end up having one state in which millions of people are disenfranchised and operate as second-class residents, you can’t even call them citizens necessarily.”

Obama said he had initially wanted “to do everything I could” to bring about a peace agreement between Israelis and Palestinians, but that after years he realized it would likely not be possible. “What we at least wanted to do,” he added, “is to preserve the possibility of a two-state solution because we do not see an alternative to it.”

He said that mission grew more challenging because of a rightward shift in Israeli politics and a weakened Palestinian President Mahmoud Abbas.

Obama’s comments come after several strong U.S. rebukes of Israel in the final weeks of his administration. In late December, the U.S. did not veto a U.N. resolution that described Israeli settlements as “a flagrant violation under international law and a major obstacle to the vision of Two States living side-by-side in peace and security.”

Secretary of State John Kerry then defended the US stance, saying the Obama administration was trying to save Israel from “the most extreme elements” in its own ruling coalition.

Obama said Trump’s pick for U.S. ambassador to Israel, David Friedman, “obviously has very different views than I do.”

He obliquely cautioned Trump not to follow through on a campaign pledge to move the U.S. Embassy to Israel from Tel Aviv to Jerusalem.

“It is right and appropriate for a new President to test old assumptions and reexamine the old ways of doing things, but if you’re going to make big shifts in policy, just make sure you thought it through,” Obama said.