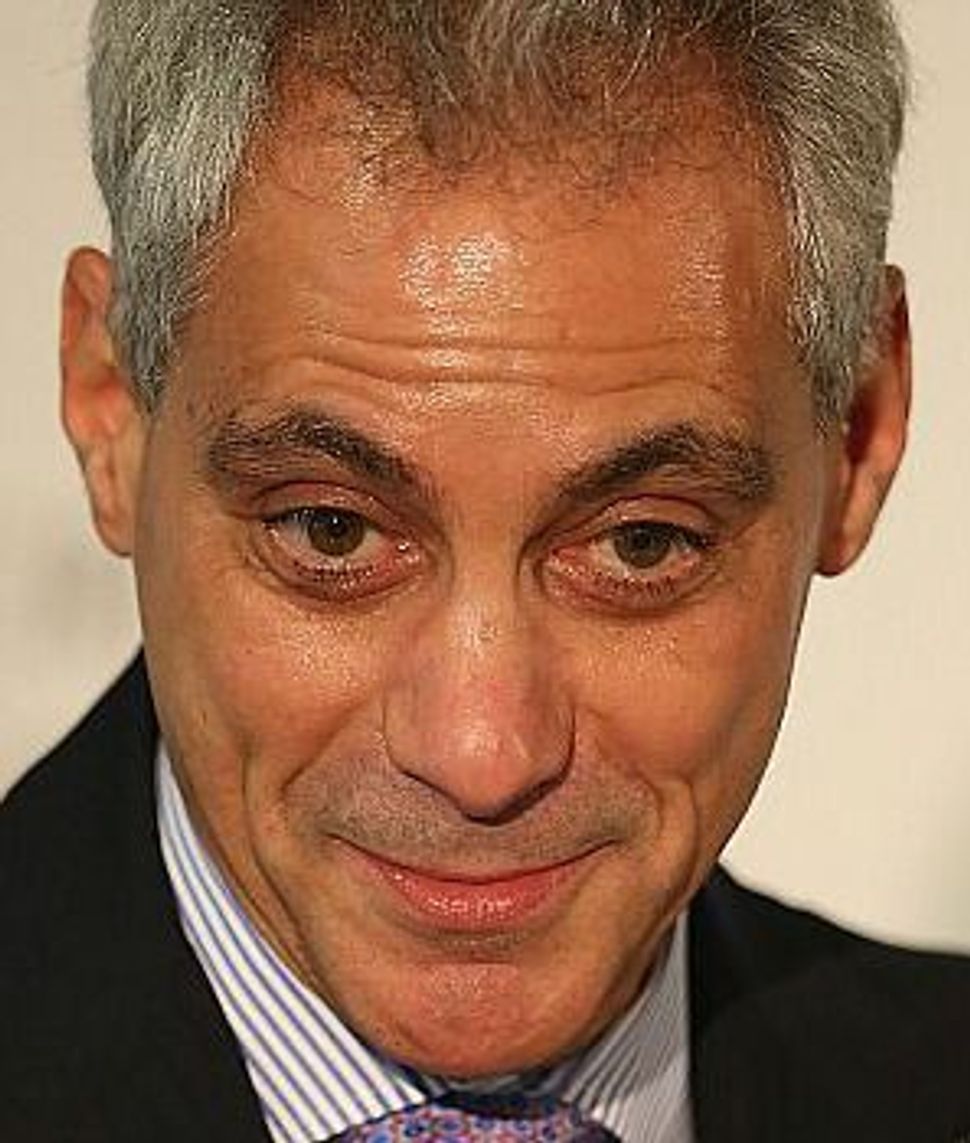 Rahm Emanuel’s capacity for talking smack might have gotten him into a war of words this week as the Chicago and former White House chief of staff scrapped with President Donald Trump.

The mayor ridiculed Trump over a recent obsession about the size of the crowd at his inauguration. “You didn’t get elected to debate the crowd size at your inaugural,” Emanuel said in a Monday statement. “You got elected to make sure that people have a job, that the economy continues to grow, people have security as it relates to their kids’ education. It wasn’t about your crowd size. It was about their lives and their jobs.”

Trump hit back on Tuesday with a tweet that insinuated he might try to impose martial law on Chicago due to its murder rate.

“If Chicago doesn’t fix the horrible ‘carnage’ going on, 228 shootings in 2017 with 42 killings (up 24% from 2016), I will send in the Feds!” he wrote. There have been reports of escalating violence in southern and western stretches of Chicago. Those areas have been marred by gang activity and a rash of murders severe enough to have driven up Chicago’s homicide rate last year to its highest level in two decades.