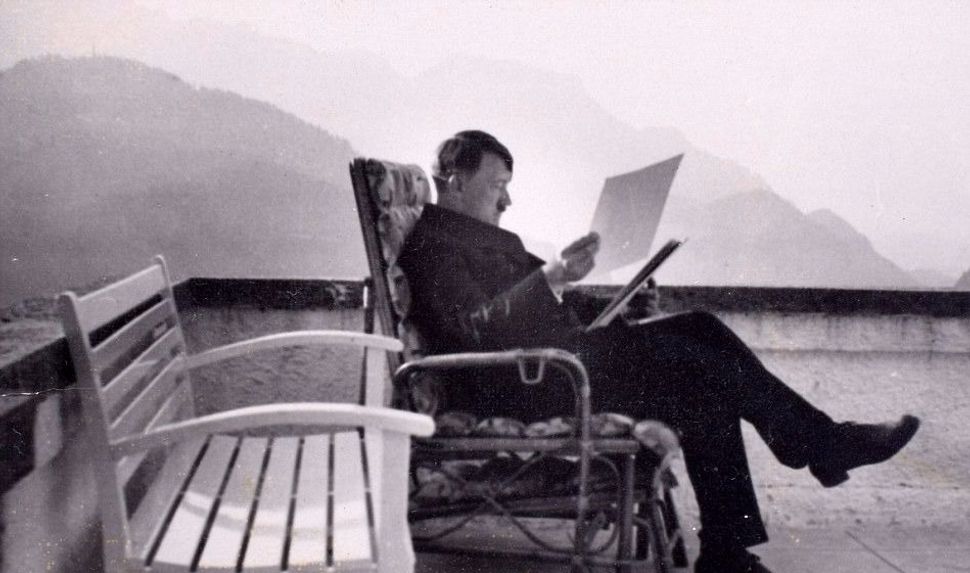 The photo album found in April 1945 in the bedroom of Hitler’s longtime companion Eva Braun could fetch up to more than more than 15,000 pounds (roughly $18,340 dollars), said C&T Auctions consultant Tim Harper.

Harper explained that Hitler kept tight control over what information could be released publicly in order to protect his image, and that of the Nazi party.

Gesturing toward the album, Harper said, “The shots you are seeing in this album are natural, relaxed, a number of them are amusing and almost certainly they would not have been allowed to be published. They are quite revealing.”

It also features photos of Hitler traveling in his motorcade past crowds of people cheering and saluting them. One of the images shows Hitler smiling next to a group of cheerful children. Photos of the Swastika symbol are seen in many of the photographs.

The album was discovered by British photographer Edward Dean who and English broadcaster Richard Dimbleby, both of whom entered Hitler’s bunker in April 1945.—Reuters