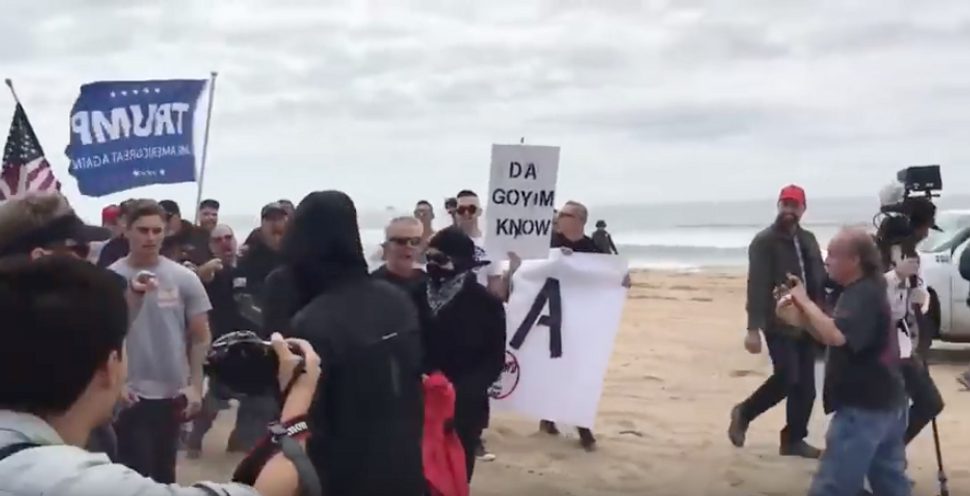 A placard bearing a notorious anti-Jewish “alt-right” slogan was waved by Trump supporters at a California rally over the weekend.

At a Huntington Beach pro-Donald Trump demonstration, one supporter waved a sign reading “Da Goyim Know.” The slogan comes from an “alt-right” online meme. “Goyim” is a pejorative term for non-Jews.

The second phrase of the meme is often “Shut It Down,” a reference to how internet users in the “alt-right” imagine controlling, conspiratorial Jews hope to silence critics.

The protest ultimately devolved into violence between protestors and counter-protestors.