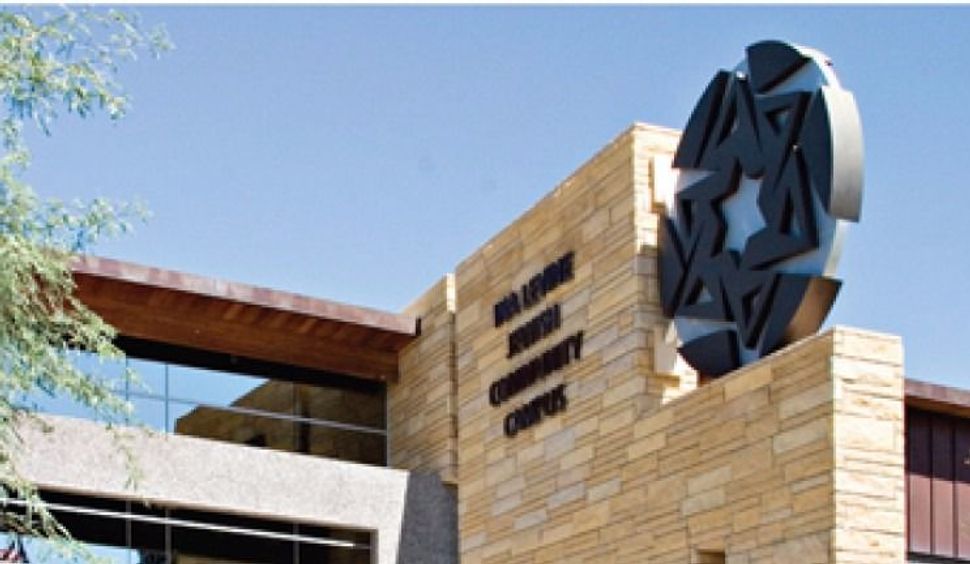 The fliers reference the fact that a teen in Israel, believed to be Jewish, was arrested in connection with the threats made to nearly 150 Jewish community centers and Jewish institutions in the U.S. “Why do Jews feel the need to create fake anti-Semitism hoaxes?” the flier reads, and directs people to the website of the neo-Nazi and white supremacist Daily Stormer website.

The flier also features a cartoon of a man with a very large and slightly hooked nose wearing a hat and trench coat spray painting a swastika on the side of a building with the caption “Hey Rabbi. Watcha’ Doing?”

ADL Arizona tweeted a photo of one of the fliers and said: “We r disgusted by anti-Semitic flyers left in Scottsdale neighborhoods this morning. We r reaching out 2 law enforcement.”

The fliers were dropped throughout this week near the Valley of the Sun Jewish Community Center in Scottsdale.