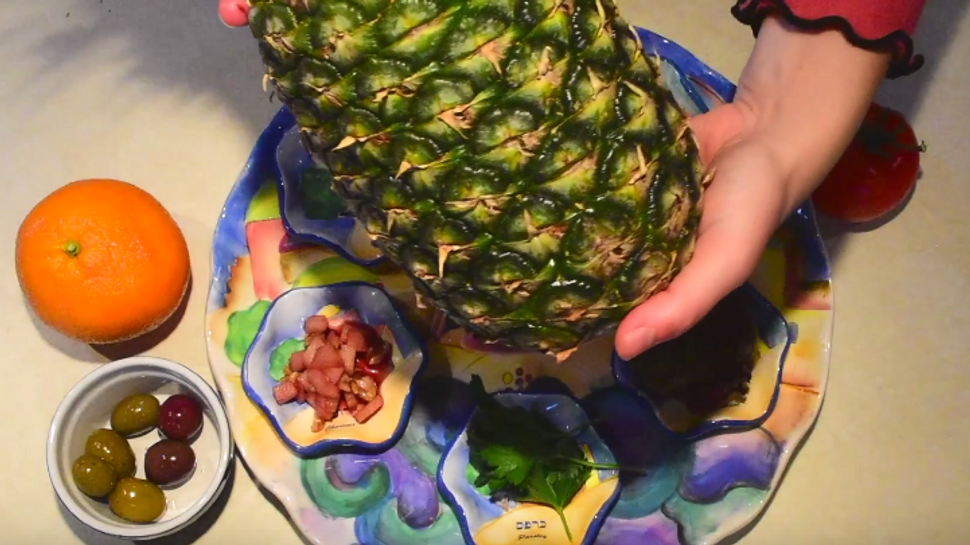 Attend a Reconstructionist Passover dinner this season, and there’s a good chance there will be a new addition to the Seder plate – pineapple, to represent support for refugees and immigrants.

“In American colonial times, the pineapple was a symbol of welcome and prosperity. They were special gifts because of the great labor and expense required to ship them from the tropics,” explains Rabbi Deborah Waxman, the president of Reconstructionist Rabbinical College, in a video posted to YouTube. “As we think about those in the midst of crossing through danger and into unknown lands, we aim to bestow upon them the gifts of hospitality and a sweet welcome.”

Many Jews already add modern symbols to the Seder plate depending on their pet causes – some use olives to represent peace in Israel-Palestine, some an orange to stand for women’s rights, some a tomato to call attention to contemporary slavery.

In addition to the video, RRC has released a Passover supplement about refugees and immigrants, complete with blessings and discussions questions. The Hebrew Immigrant Aid Society, or HIAS, has also been active in crafting inserts for the seder table, last year recommending that Jews place shoes in front of their doors in solidarity with immigrant populations.