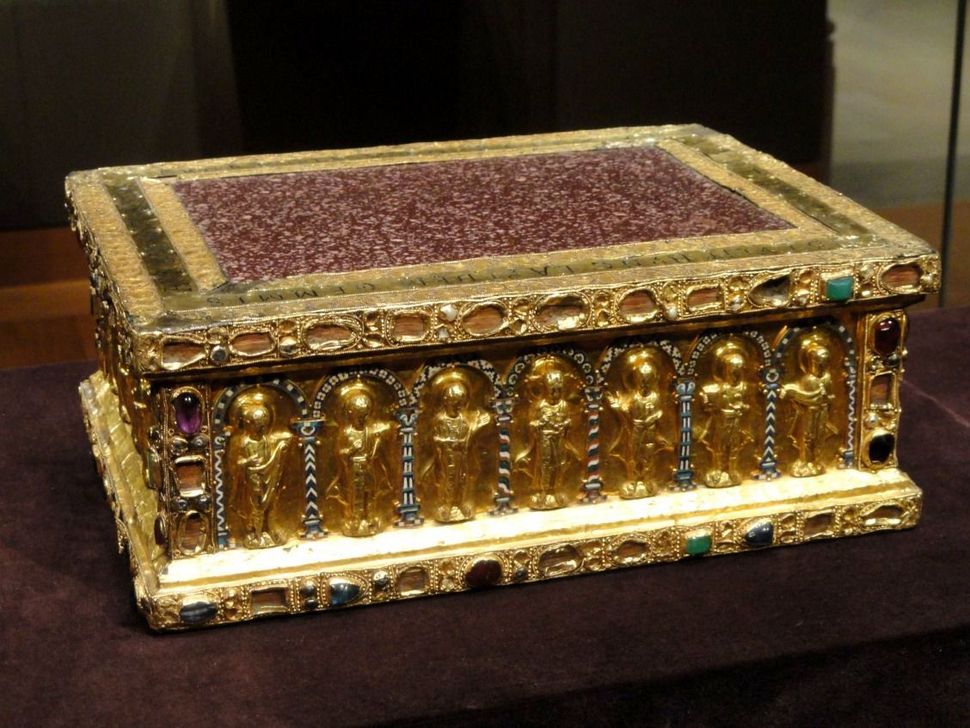 (JTA) — A U.S. district court has cleared the way for descendants of Jewish art collectors to sue Germany in the United States over objects allegedly obtained from their ancestors under duress during the Nazi era.

The ruling comes three years after a German investigative commission found that the owners of a collection – known as the Welfenschatz, or Guelph Treasure – were not forced to sell it by the Nazis.

In what lawyers for the complainants are calling a landmark ruling, the United States District Court for the District of Columbia ruled March 31 that claims regarding the collection – which the Dresdner Bank purchased on behalf of Hitler’s deputy, Hermann Goering, in 1935 – can be filed in a U.S. court.

It is the first time that a court has held that Germany can be sued for the return of Nazi-looted art and artifacts under the Foreign Sovereign Immunities Act.

For several years, heirs to the consortium of Jewish collectors that bought the 82-piece collection in 1929 as an investment have been demanding the return of the portion sold to Goering. They have estimated its value at approximately $227 million.

The treasure is on display at Berlin’s Bode Museum.