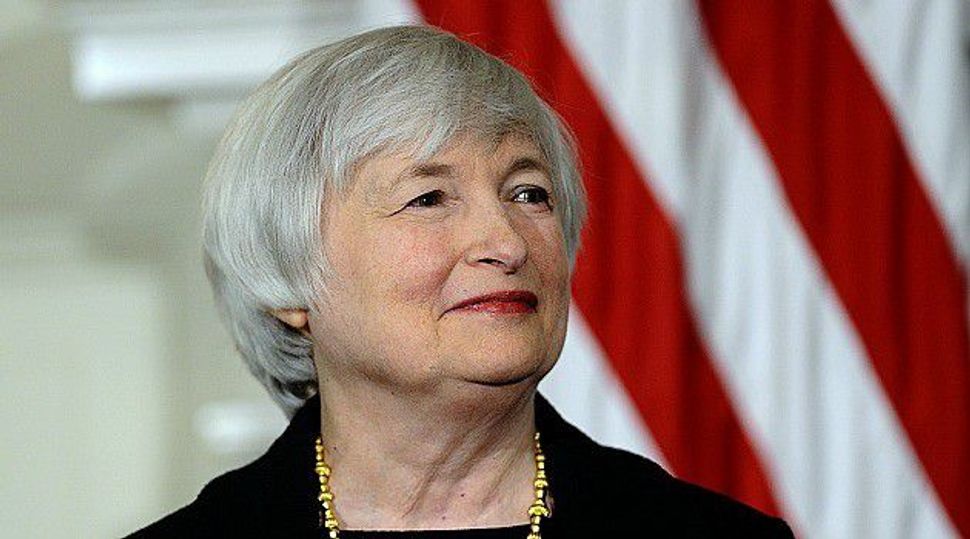 Back in the final days of the presidential campaign, Donald Trump released a video ad promising to take America back from the grip of the political establishment and “global powers.” Starring in the ad, in a way that many Jewish activists found troubling, were several Jewish figures including billionaire George Soros, Goldman Sachs’s Loyd Blankfein, and Janet Yellen, chair of the Federal Reserve.

But now, at least one of them seems to be on Trump’s good side.

Yellen, according to a BuzzFeed article is favored by Trump for another term, and that is making some of his early supporters feel uneasy.

“The worst transgression of all is that Trump seems open to retaining Federal Reserve chief Yellen,” the report stated. In a Wall Street Journal interview, Trump said he likes and respects Yellen and that he likes her low interest rate policy.

“I’m incredibly bothered that he said Yellen could be reappointed,” an unnamed source close to the administration told BuzzFeed. “She’s the personification of the swamp, very much a detriment to the American worker. Great for Wall Street but terrible for most wage-earning, paycheck-to-paycheck Americans.”