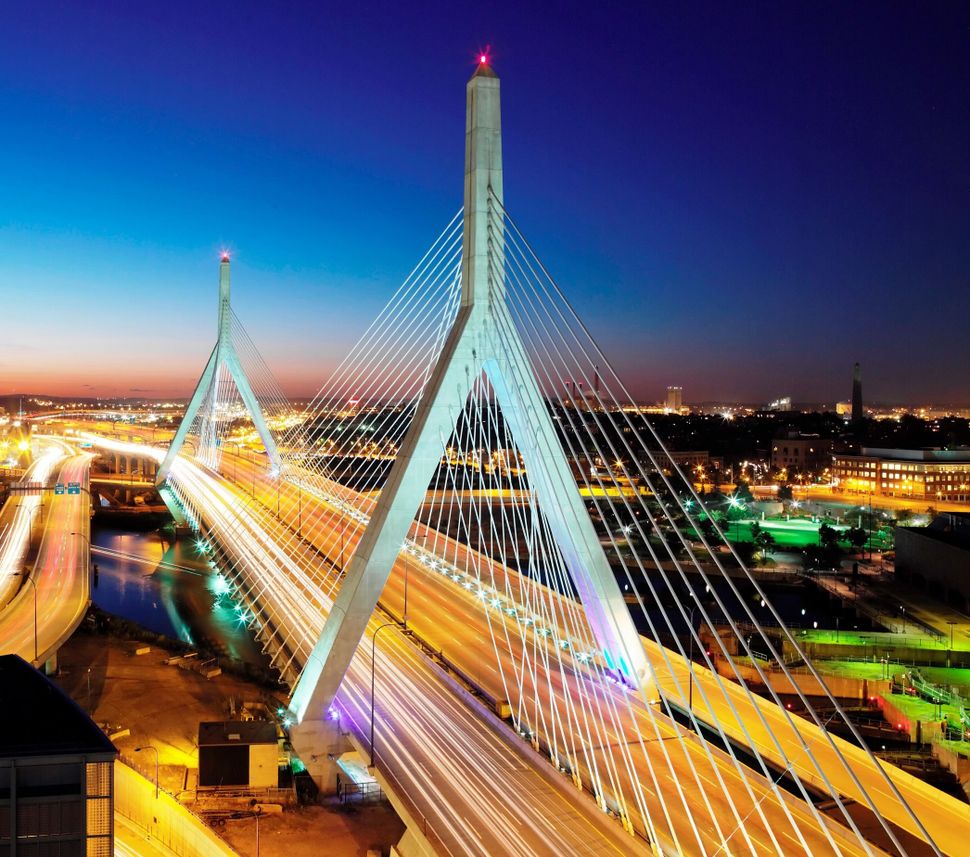 The Zakim Bridge in Boston, Massachusetts. Image by wikimedia

The number of Jewish descendants of Holocaust survivors who have applied for German citizenship has nearly quadrupled this year in the part of the United States served by Germany’s Boston consulate, radio station WBUR reported Thursday.

Consul general Ralf Horlemann told the station that 49 people had received dual citizenship in the first quarter of 2017 through a law that supplies those rights to descendants of people whose citizenships were revoked under Nazi rule. Only 13 received such status in the same period last year.

Larry Klein of Newton, Mass. told WBUR that the advantages of such a move go beyond receiving a European Union passport, which would make traveling on the continent much easier.

“The tone of this country at this point in time is disturbing,” he said. “A country like Germany which, you know, has this history that obviously my family’s well aware of, espouses the beliefs and philosophy that actually is the way I’d like a country to behave. So, things come around in very interesting ways.”

Demand for German citizenship has grown so great that Horlemann has created formal naturalization ceremonies, rather than just having recipients pick up their papers at the consulate office.