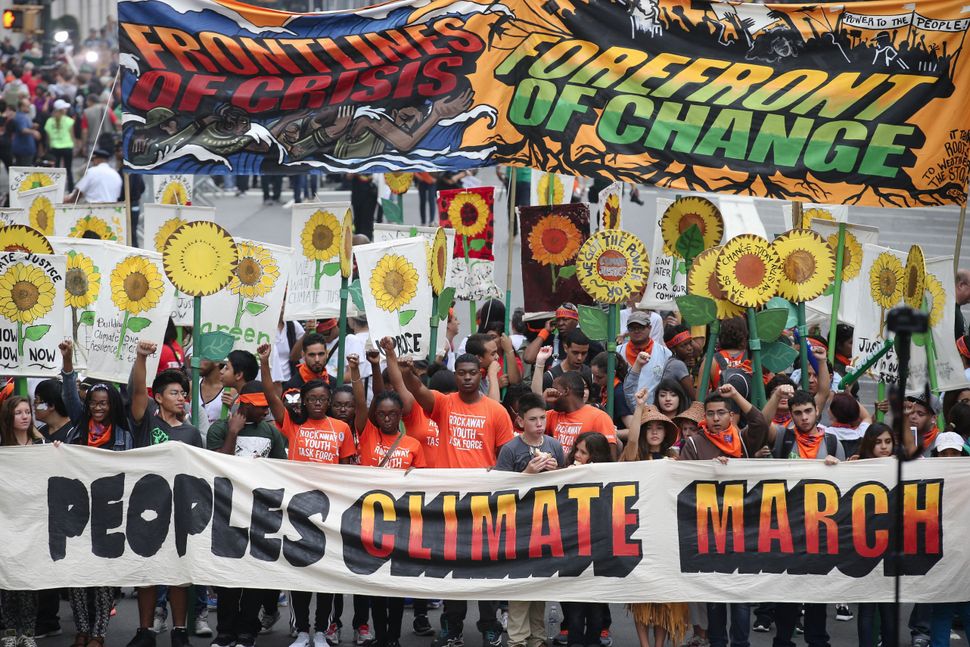 (JTA) — Over a dozen Jewish groups and congregations are participating in the People’s Climate March in Washington, D.C. on Saturday.

The People’s Climate Movement, which is organizing the event, advocates for global action against climate change. The march is scheduled to go from the Capitol to the Washington Monument by way of the White House.

Local synagogues Adas Israel and Sixth & I are hosting meals before and after the march.

“The Trump administration is doing exactly the opposite of what the earth, the environment and people worldwide need at this time, and we stand proudly as Jews to object in the strongest terms to these shortsighted and damaging policies,” Bank said in a Thursday statement.