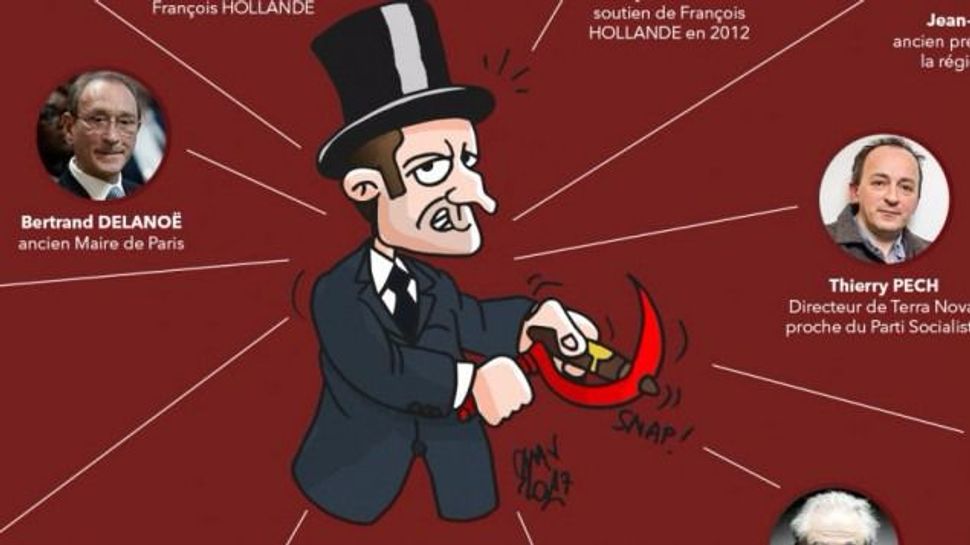 Haim Korsia’s office issued the endorsement Thursday, a day after a remarkably acrimonious televised debate between the two candidates ahead of the May 7 runoff. Titled “Call to Vote for Mr. Emmanuel Macron,” it was co-signed by Pastor François Clavairoly, president of the Protestant Federation of France, and Anouar Kbibech, president of the French Council of the Muslim Faith.

An explicit show of support for any particular candidate is highly unusual for all three clergymen.

“Fully aware that our roles require us to be non-partisan, we are, however, first and foremost responsible citizens and therefore openly are calling for a vote in favor of Emmanuel Macron,” the three men wrote.

The debate was heated for most of its 160 minutes, with both candidates throwing personal insults at each other.

Le Pen called her 39-year-old rival “the candidate of unchecked globalization,” who is happy to sell off France’s assets and relinquish control of the country. Macron accused the 48-year-old leader of the National Front of being “the high priestess of fear,” saying she talked a lot but “proposed nothing.”