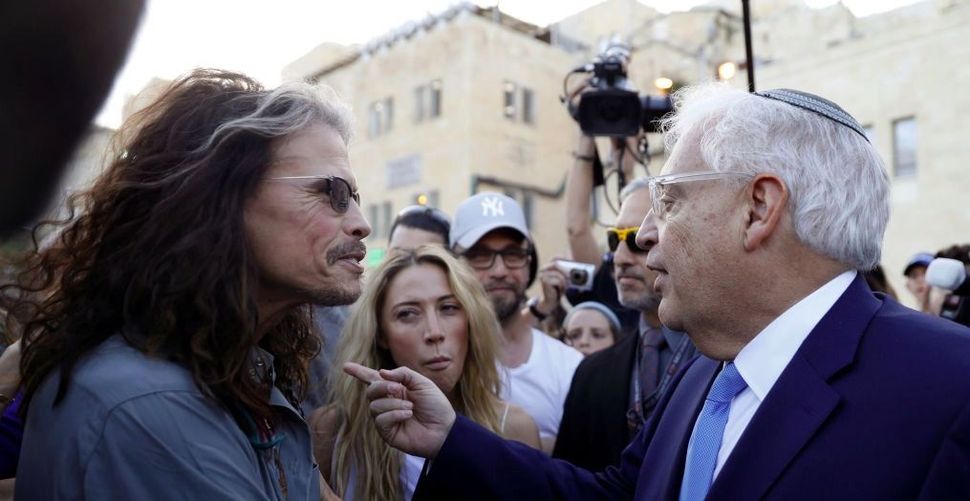 JERUSALEM (JTA) — The Jewish Agency for Israel invited Aerosmith frontman Steven Tyler to apply to immigrate to Israel after the rocker said during his concert “I’m making aliyah!”

Some 50,000 of the band’s fans cheered Tyler’s announcement during the concert on Wednesday night at Yarkon Park in Tel Aviv, the opening of Aerosmith’s ‘Aero Vederci’ tour, billed as the band’s last. Aerosmith last played in Israel 23 years ago.

“Walk this way – to a Jewish Agency Shaliach,” said Natan Sharansky, Jewish Agency chairman of the executive, in a statement. “While some believe the Israeli experience entails living on the edge, life in Israel puts one back in the saddle of Jewish history, and we know Mr. Tyler doesn’t want to miss a thing.”

The Jewish Agency qualified Sharansky’s invitation, saying at the bottom of the statement that it “has no information to indicate whether Steven Tyler would indeed be eligible for Aliyah.”

Tyler arrived in Israel over the weekend for the Wednesday show, and toured throughout the country, including a trip to the Western Wall where he bumped into the new U.S. ambassador to Israel, David Friedman.