ADL: Homeland Security Post For ‘Extremist’ Sheriff Would Be ‘Shameful’ 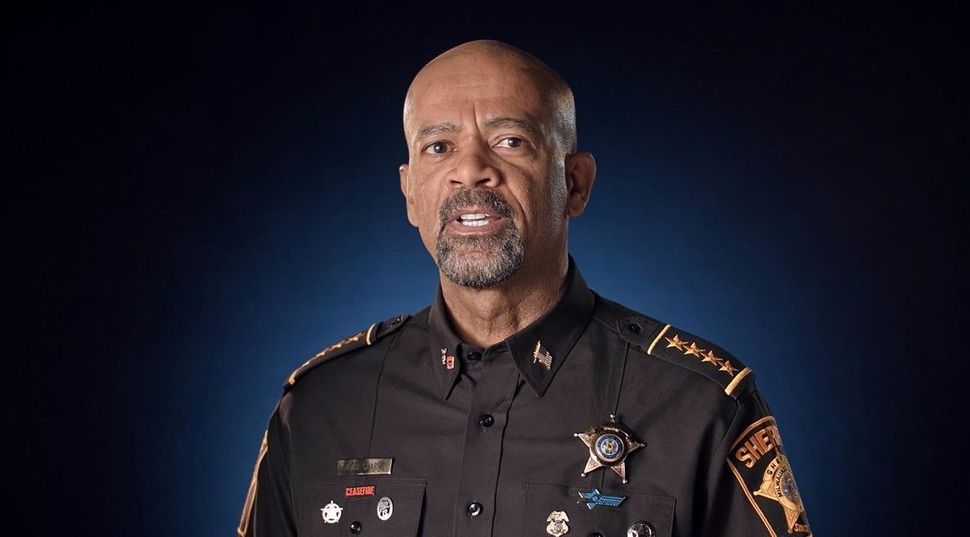 (JTA) — The Anti-Defamation League warned that Milwaukee County Sheriff David Clarke’s consideration for a senior post at the Department of Homeland Security is “shameful” and “dangerous.”

Clarke, who has said he would “grab Democrats by the throat” and whom ADL said has ties to “two anti-government groups well known for trying to recruit law enforcement officers,” said during an interview Wednesday that he has accepted a position to serve as an assistant secretary in the Department of Homeland Security. The department said in a statement no decision has been made regarding the reported plan to appoint Clarke.

“An individual representing such extremist ideologies should not be given this type of leadership role and we urge the Trump administration not to go forward with this appointment,” ADL CEO Jonathan A. Greenblatt said in a statement Thursday.

According to the ADL, Clarke has ties with the Constitutional Sheriffs and Peace Officers Association and the Oath Keepers – a group that ADL described as “an anti-government right-wing fringe organization” that promotes conspiracy theories.

An individual “representing such extremist ideologies should not be given this type of leadership role,” Greenblatt wrote.

ADL: Homeland Security Post For ‘Extremist’ Sheriff Would Be ‘Shameful’